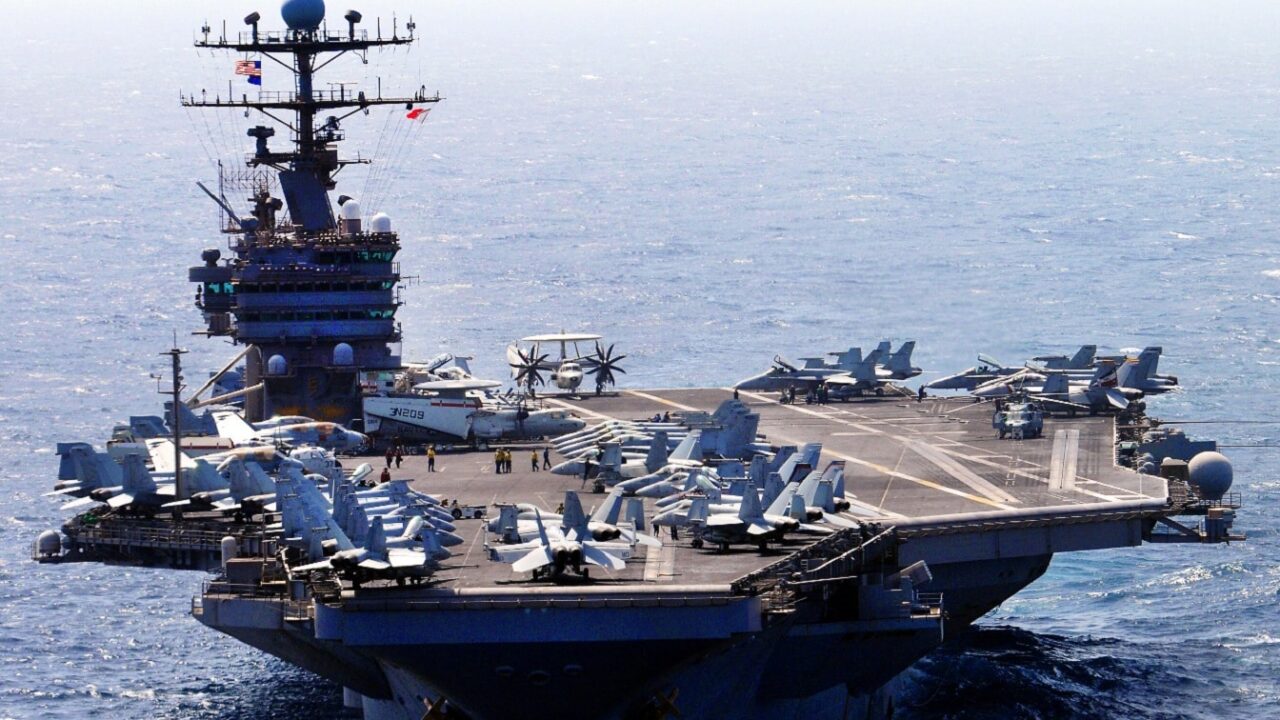 The topic of this panel is conventional deterrence vis-à-vis China, so I thought it would be fun and maybe even enlightening to try some role reversal and consider how China thinks about deterring America through conventional means. We sometimes seem to assume that we can deter an antagonist for all time if we make its leadership a believer in our power and resolve. And so we might, for awhile. But dynamism pervades strategic competition. Contenders grapple constantly for strategic advantage, trying to one-up each other.

The red team tries to deter us even as we try to deter the red team. So it’s worth looking at deterrence through their eyes. If I’m Xi Jinping & Co., how do I deter U.S. intervention in the Taiwan Strait, the hotspot that dominates the news of late?

Well, if I were Xi, I would crack open my volume of Clausewitz. While the Prussian grandmaster was writing about open war, he also hands us tools for thinking about peacetime deterrence. The Chinese Communist Party leadership subscribes to his logic but carries it to the nth degree. For example, founding chairman Mao Zedong repurposed the Clausewitzian definition of war as a continuation of political intercourse carried out with the addition of violent means. Mao proclaimed that war is politics with bloodshed while politics is war without bloodshed.

This all-consuming, bloody-minded outlook possesses party leaders to the present day. It manifests itself in China’s bullying “wolf warrior” diplomacy, in its doctrine of “three warfares” to shape the peacetime strategic environment, in its predatory lending, and in everything else China does to bolster its standing in Asia and the world.

We and our allies and friends dream of perpetual peace; for China war is perpetual, regardless of whether contenders are slinging gunfire or missiles at one another or not. This is what we’re up against.

A rational opponent stands down if it finds itself in a hopeless or unaffordable predicament. Few competitors embark on a forlorn hope. And that’s what China is banking on.

So how do you convince an adversary to stand down, letting you get your way without fighting? For Clausewitz, the pinnacle of statecraft is to compete rationally in an environment inimical to rationality. By that, he means you should always keep what he calls the “value of the political object” uppermost in mind. The political object is your goal, and the value of the object is how much you want that goal. How much you want something governs how much you’re prepared to pay for it. It’s the same principle as when you go shopping.

In Clausewitz’s lingo, the value of the object dictates the “magnitude” and “duration” of the effort you make to obtain it. Magnitude is the rate at which a competitor spends resources such as lives, treasure, and military hardware; duration is how long it keeps on spending. Just as in elementary physics, multiplying the rate by the time gives you the total amount of something. In this case, it reveals the price of your political goal.

Think of it as purchasing your goal on an installment plan.

But there’s a corollary to this Clausewitzian function: he counsels competitors not to overspend on their goals. In fact, he warns them to get out of an enterprise if they find that the goal is no longer worth what it will cost them. The price may have gone up in terms of magnitude, duration, or both. Or it could be that the leadership has stopped caring about its political goal enough to pay the price, or has more pressing priorities to tend to. 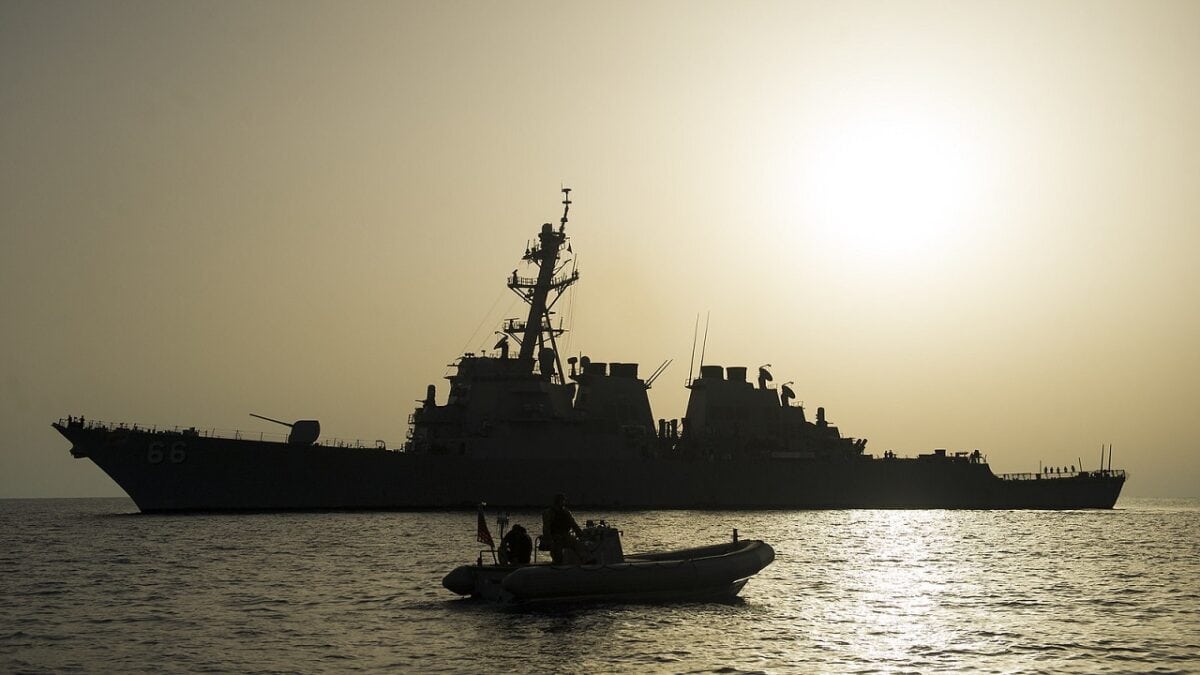 GULF OF ADEN (May 17, 2016) Members of the visit, board, search and seizure (VBSS) team operate a rigid-hull inflatable boat (RHIB) alongside guided-missile destroyer USS Gonzalez (DDG 66). Gonzalez is currently operating with the Boxer Amphibious Ready Group in support of maritime security operations and theater security cooperation efforts in the U.S. 5th Fleet area of operations.

Here’s the perverse thing: the price is not fixed. Your opponent can manipulate your rational calculus of statecraft and war. Think about how Beijing can play with Washington’s calculations vis-à-vis Taiwan. It can try to drive down the value of Taiwan’s de facto independence from the United States or discredit that goal altogether by denying the government in Taipei any legitimacy. The leadership can also try to deflate the value of Taiwan, a small island, relative to other U.S. priorities such as amiable relations with Taiwan’s giant neighbor, China.

Push this narrative persuasively and you discourage the American government, society, and military from paying much to defend Taiwan—maybe nothing at all. And China will prevail.

And then there’s the other side of Clausewitz’s ledger: cost. China can try to convince the United States it can’t win in the strait, or can’t win at an acceptable cost. This is where military deterrence comes in, in the form of People’s Liberation Army anti-access and area-denial weaponry and doctrine. The PLA has littered Chinese coastlines with shore-based armaments that can strike out to sea in concert with the PLA Navy fleet in an effort to prevent U.S. naval and air forces from reaching the battleground before it’s too late to rescue Taiwan, and to do our joint forces grave harm should we try.

Think about it. If the United States’ standing in the world depends on command of the maritime commons, as it does, and if our sea services underwrite command of the commons, as they do, then China could do fatal damage to our superpower standing, even in a losing effort. Our leadership might balk at coming to Taiwan’s aid—even if it considered the island a worthy cause—to preserve our status. 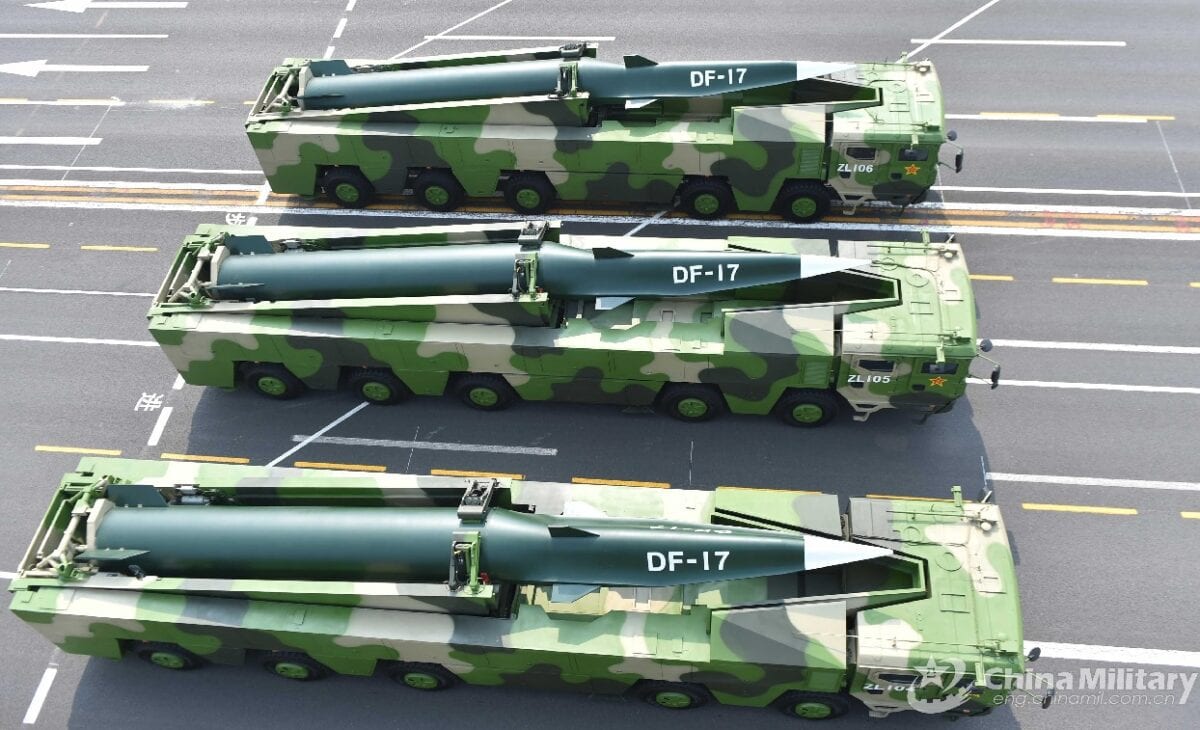 We would be deterred—and Clausewitzian logic would have helped China carry the day. That’s why Chinese leaders no doubt take delight in the results of wargames such as the one conducted recently at the Center for Strategic and International Studies, which showed that we might win in the Taiwan Strait but only at a frightful cost. Under his breath, Xi can ask President Biden whether a small parcel of real estate like Taiwan is worth such extravagant risk and cost. Xi hopes the answer is No. If it is, he will have deterred us from stepping in.

Puzzling out how to escape this Clausewitzian logic and turn it to our own advantage is the challenge that brings this panel and this symposium together.