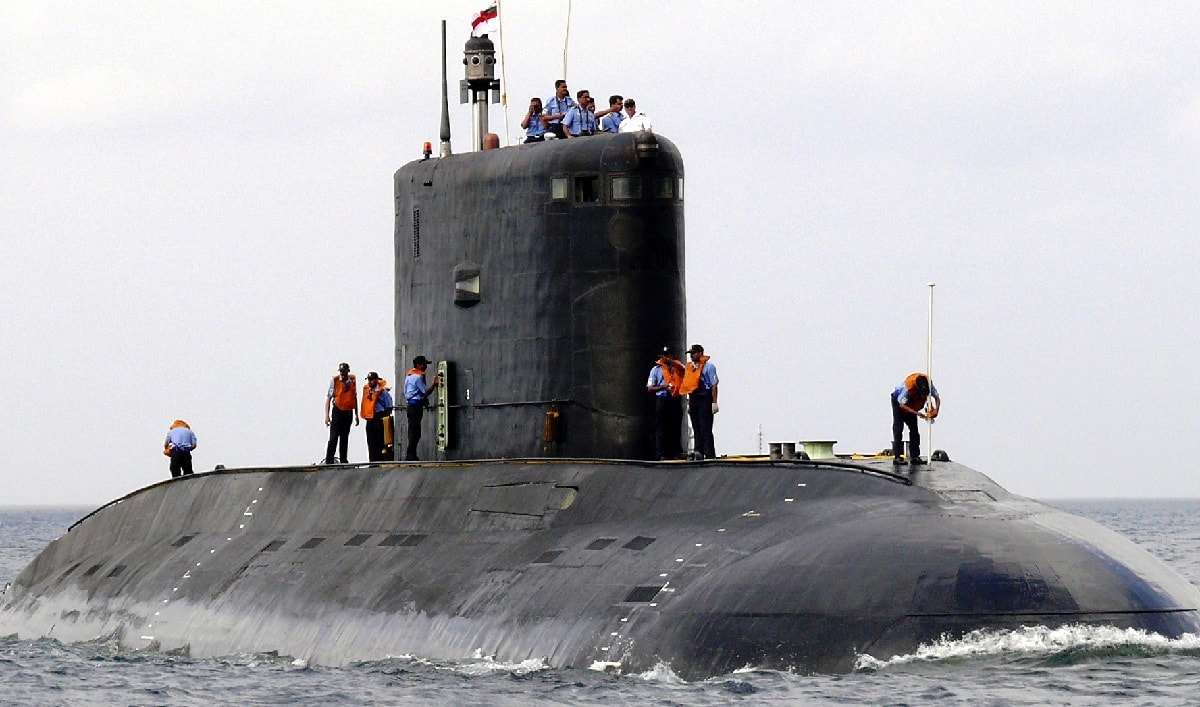 After having assessed the submarine forces of America’s East Asian allies and adversaries alike, it’s now time to examine the submarine capabilities of a key U.S. ally in South Asia, particularly the one that literally contributes to the “Indo” portion of the USINDOPACOM region’s moniker: India. As one of the four members of “The Quad” along with the U.S, Australia, and Japan, India is a major bulwark against Red Chinese expansionism, and India’s Navy in particular stands to play a key role in thwarting Chinese would-be hegemony in the Indian Ocean.

These old-school Soviet-designed boats comprise a plurality of the Indian Navy’s 16-strong submarine fleet. According to a July 2022 article by Snehesh Alex Philip in the online Indian newspaper The Print:

“Under the ambitious 30 year old plan that ends in 2030, India was to build 24 submarines — 18 conventional submarines and six nuclear-powered submarines (SSNs) — as an effective deterrent against China and Pakistan … The current strength, however, is nowhere near the envisaged plan … Dubbed the ‘Kilo’ class by NATO, India had acquired 8 of the submarines, designated 877 EKM, between 1986 and 1991. Two more were acquired between 1998 and 2000 … Of the 10 that India had, it had lost INS Sindhurakshak, a ‘Kilo’ class submarine, in a fire accident in 2013. Another submarine, INS Sindhuvir, was handed over to the Myanmar Navy in 2020 as part of a bilateral defence collaboration.”

In July, the Indian Navy decommissioned yet another one of its Kilo subs, INS Sindhudhwaj, after 35 years of service, thus bringing the current number down to seven.

According to the Naval Technology website, “The Type 636 submarine is considered to be one of the quietest diesel submarines in the world. It is capable of detecting an enemy submarine at a range three to four times greater than it can be detected itself.” The boats are 70 meters (229 feet 8 inches) in length and displace 3,075 whilst submerged, with a crew complement of 52. The vessels have a maximum, surface speed of 11 knots and 20 knots whilst submerged, with a maximum depth of 300 meters (980 feet). Armament consists of six 533mm torpedo tubes with 18 torpedoes and 24 naval mines in tow, as well as a launcher for eight Strela-3 or Igla surface-to-air missiles.”

These diesel-electric boats are based off the German Type 209, India has four of them, commissioned between 1986 and 1994. Carrying a crew complement of 40 (eight commissioned officers, 32 enlisted seamen), these warships are 64.4 meters (211 feet 3 inches) in length, a submerged displacement of 1,850 tons, a maximum surface speed of 11 knots, and max submerged speed of 22 knots. Maximum depth is 500 meters (1,640 feet). The Shishumars are armed with 8 bow 533 mm torpedo tubes and 14 torpedoes and, like the Kilo-class boats, can carry 24 mines.

In service since 2017, these French-designed boats round out the final four of the Indian Navy’s actively-serving diesel-electric sub fleet. A fifth such boat, the INS Vagir, is currently undergoing sea trials but hasn’t been commissioned yet, whilst the sixth and final ship of the line, the INS Vagsheer (“Sandfish”), was launched this past April. Xavier Vavasseur of Naval News states that “Scorpène is ideally suited for action and operational effectiveness. Robust and enduring, it’s an ocean-going submarine also designed for shallow waters operations.”

The Kalvari/Scorpène subs sport a hull length of 67.56 meters (221.6 feet) with a submerged displacement of 1,775 tons and a crew complement of 44. Max speeds are 11 knots while surfaced and 20 knots submerged, and max depth is 350 meters (1,150 feet). Armament-wise, the boats wield six 533mm torpedo tubes capable of launching either 18 SUT heavyweight torpedoes or SM-39 Exocet antiship missiles.

As India’s lone nuclear-powered submarine (SSBN), the Arihant (“Slayer of Enemies”) would appear on-paper to be the pride and joy and crème de la crème of India’s undersea fleet. Boasting a hull length of 111.6 meters (366.1 feet) and a 6,000-ton displacement to contain her crew complement of 95, she has a speed capability of 15 knots on the surface and 24 knots submerged, the latter being a 10-20 percent speed increase over the India’s diesel-electric boats. Arihant’s max depth is a relatively modest 300 meters, but as might be surmised by her SSBN status, her most impressive stats are in the area of firepower: four launch tubes in her hump capable of launching either twelve K-15 Sagarika submarine-launched ballistic missiles (SLBMs) or four K-4 SLBMs, which have a range of 750 kilometers and 3,500 kilometers respectively.

Sounds great. The problem? In a highly embarrassing 2017 incident that smacks of that silly joke about a submarine with a screen door, the $2.9 billion sub was put out of action for 10 months after one her crewmembers failed to properly close a hatch! Kyle Mizokami elaborates: “According to an Indian Navy source, a hatch was left open on the rear left side of the ship, allowing seawater to rush into the propulsion area while the Arihant was in harbor. Arihant was out of action for ten months as water was pumped out and pipes were cut out and replaced.”

In the meantime, two other Arihant-class subs have been launched but await commissioning: the Arighat, launched in 2017, and the “S4,” launched last November.

One more ship of the class of the Arihant class is currently under construction. Given the ever-growing menace of the Chinese submersible fleet, one can only hope that the Indian Navy gets its own undersea fleet up-to-speed sooner rather than later … and avoids a repeat of that 2017 mishap along the way!