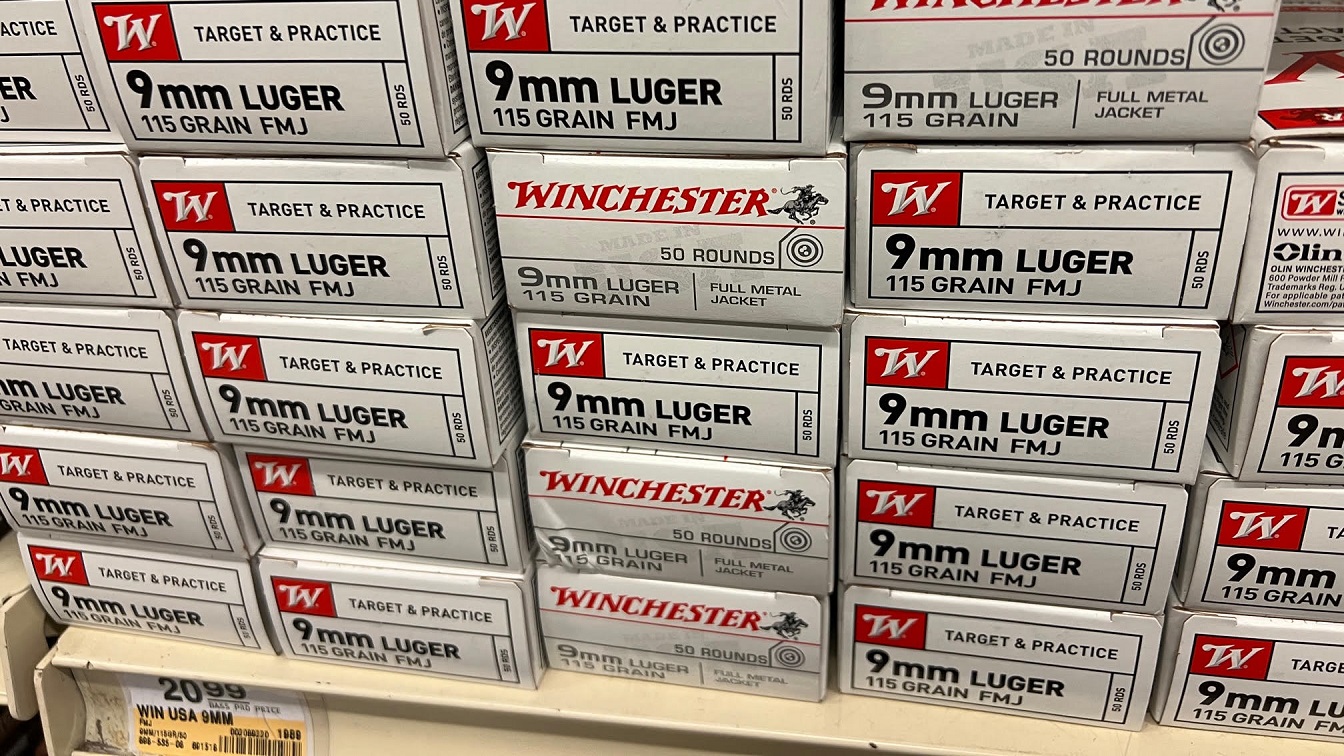 Ammo prices could be headed up. Image Credit: Sept 5, 2022 inside Bass Pro Shop outside of Baltimore, MD. 19FortyFive Original Image.

With Hunting Season Just Around the Corner, Ammo Prices Are Set to Increase: Labor Day is now in the rearview mirror and that means the unofficial end to summer. Kids are heading back to school, the weather is going to cool down quickly in parts of the country, and it won’t be long until the leaves begin to change colors. With the arrival of fall comes football season and also the fall hunting season.

With the pandemic largely under control, this year promises to be among the biggest hunting seasons ever – but that also could mean that ammunition prices could spike in the coming weeks after months of a steady decline. The simple fact is that the sale of firearms has remained steady, which will, in turn drive up ammunition demand.

Ammo Prices: Some Relief This Year

What is especially noteworthy this year is that hunters haven’t been waiting to stock up. After often finding empty shelves at many retailers – large and small – the past two seasons, those planning to take part in this year’s hunting season started buying popular cartridges in August and even July.

The more common ammunition for big game hunting is now more readily available, but in recent weeks, retailers throughout the country have been telling reporters that the sales have remained as strong as they were at the height of the pandemic when firearm sales hit record levels.

Of course, gun sales still have yet to dip below pre-pandemic levels and hit the 37th straight month of sales well over one million units in August. As long as firearms continue to sell at such a blistering pace, ammunition is going to remain in high demand.

The silver lining to this gray cloud for shooters is that prices have begun to fall accordingly, even as demand remains high. Though prices are still above pre-pandemic levels, even with record inflation, ammunition is typically more affordable than it was last season. One factor is that some shops are still limiting the number of boxes that consumers can buy – to limit hoarding and stop resellers from trying to make a quick profit by emptying shelves and then selling at the next gun show.

The biggest wild card this season could be the increased push by some states to limit the use of lead ammunition. That could actually result in lower prices in states that still allow it, as the stockpiles of lead ammunition could be funneled to those parts of the country.

For those in states such as California and Maine, hunting season could become a lot more expensive, as non-ammunition typically is about 59 more expensive than lead options, a 2021 Congressional Sportsmen Foundation study found. 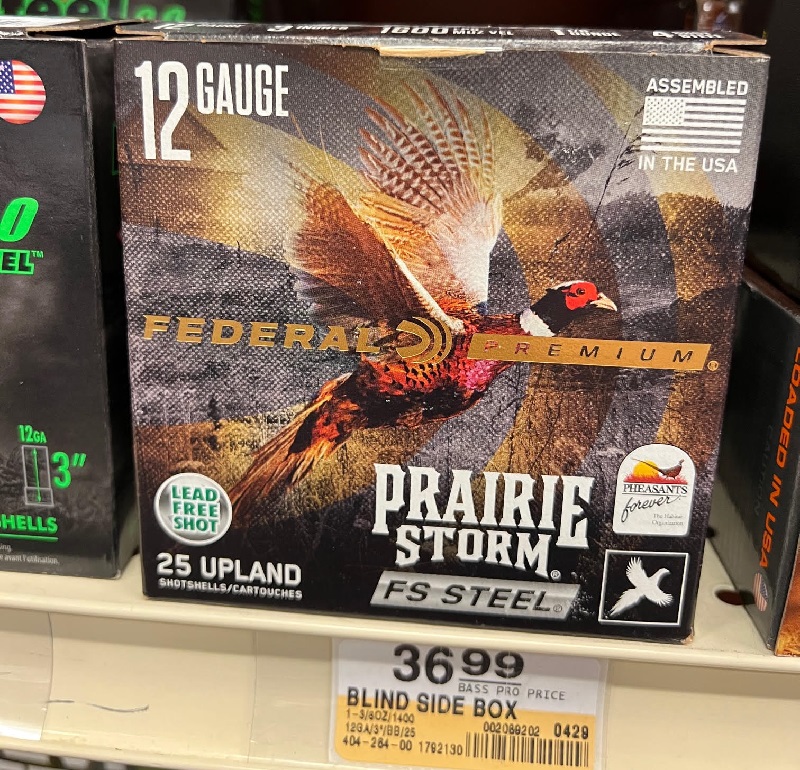 Ammo prices could be headed up. Image Credit: Sept 5, 2022, inside Bass Pro Shop outside of Baltimore, MD. 19FortyFive Original Image.

The National Shooting Sports Foundation (NSSF) has also warned that such a move to ban lead ammunition could impact the money that is raised via taxes that goes to conservation efforts. According to NSSF, the firearm industry’s trade association, gun and ammunition manufacturers paid a record-setting $300,498,588.23 in the first quarter of 2022.

“That’s the most-ever firearm and ammunition excise tax for the first quarter of any year and brings the total contributions to the Pittman-Robertson excise taxes to over $15.3 billion since the fund was established in 1937,” the NSSF noted, adding, “This $300.5 million paid by firearm and ammunition manufacturers is sowing the seeds for generations to come. It’s a badge of honor that these manufacturers are proud to wear. Hunters and recreational shooters support conservation when they buy their products and combined with the sale of hunting licenses, stamps and fees, makes hunters and recreational shooters the greatest contributor to wildlife conservation.”

The lessons from the past two years remain in place. If you see ammo, stock up but don’t hoard. And don’t wait until you’re packing up for hunting season.