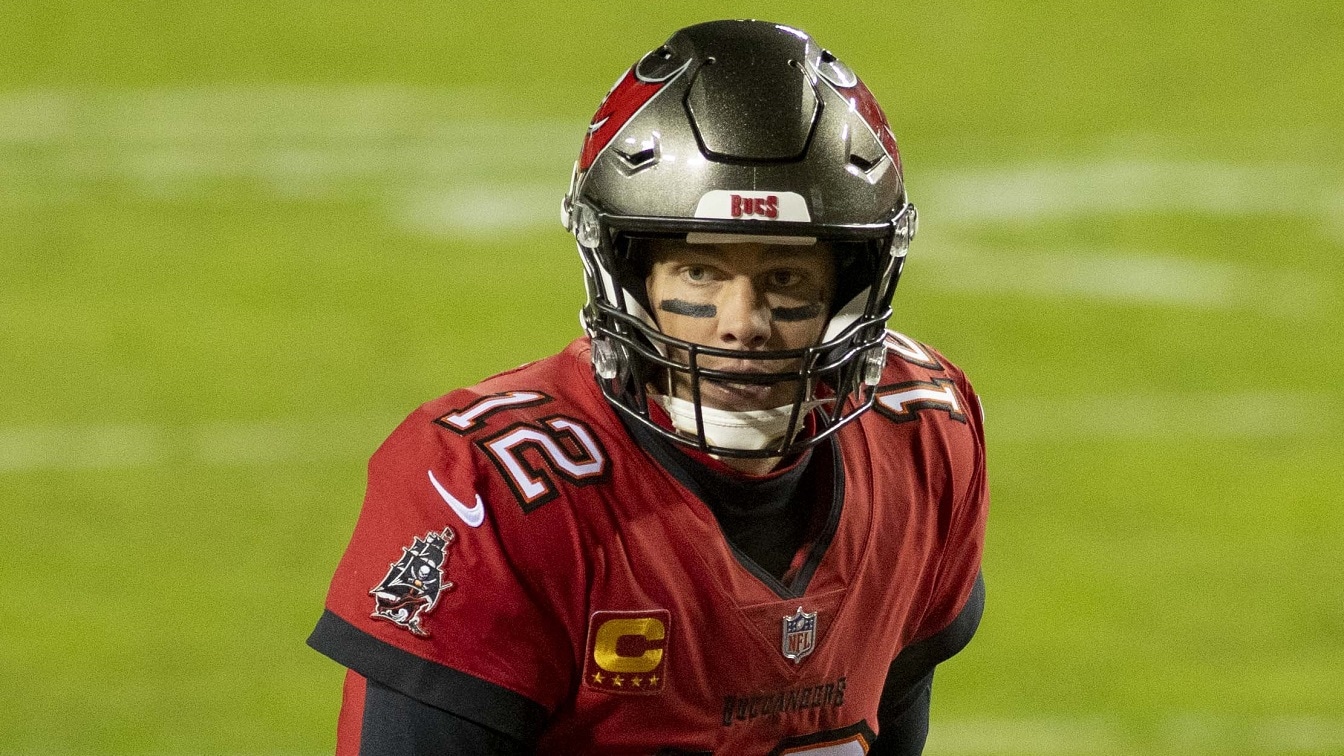 Tom Brady Is Non-Committal On Returning in 2022, Will the GOAT Retire? – Sunday had the feeling of déjà vu around it at Raymond James Stadium in Tampa Bay. The Los Angeles Rams had dominated the Tampa Bay Buccaneers in the early going and had a commanding lead of 27-3 in the third quarter.

National football writers were already penciling in the Rams into the NFC Championship Game as they had built an insurmountable lead …right? Wrong.

Tom Brady and the Bucs clawed their way back into the game and with just 42 seconds left in regulation and tied the score at 27. We saw the same thing when Brady was quarterbacking the New England Patriots as they came back from a 28-3 deficit against the Atlanta Falcons to win the Super Bowl in overtime.

But this time, the epic comeback was not to happen.

Will Tom Brady Call It Quits?

The Bucs had a breakdown in communication at the worst possible time and Cooper Kupp caught a 44-yard bomb from Matthew Stafford, setting up a field goal as time expired to give the Rams a 30-27 walk-off win. And it may have been the last time we see Tom Brady play in the NFL.

Brady is always asked this time of year if he’s returning for another season. And at the age of 44, when most quarterbacks are long since retired, it is a normal… and expected question. And he’s always answered the question the same way…that he planned on playing until the age of 45, or “when I suck” he said. He’s been answering that same question since 2014.

Well, Brady WILL turn 45 this upcoming summer, and his answers, leading up to and immediately after the playoff game with the Rams were quite different than the ones, we’ve gotten used to hearing.

Brady has said that he’ll take time…a month or longer to decide whether or not he’ll return for the final year of his contract with Tampa. One factor, previously mentioned is not in play. Brady doesn’t suck, and arguably had one of his best seasons in 2021. At the age of 44, Brady led the NFL in pass attempts (719), passes completed (485), yards passing (5,316), and touchdowns 43. In two playoff games, Brady passed for 600 yards with 3 touchdowns and an INT.

Why Tom Brady Could Retire

Some of Brady’s former teammates believe that retirement is, for the first time, a definite possibility for the future Hall of Fame QB. Former Patriot linebackers Rob Ninkovich spoke on an ESPN show stating that he wouldn’t be surprised if the GOAT decided to hang it up.

“What is his legacy? The best quarterback to ever play, so it wouldn’t shock me (if he retired).”

Willie McGinest, who conducted a one-on-one interview with Brady last week before the Eagles playoff game.

McGinest, who has remained close to Brady through the years asked Brady about his earlier statement that he’d like to play until he’s 45, and if Brady was considering moving the goalposts now and possibly playing until he’s 50.

“I felt like then that was a great goal to set and I still have that goal of wanting to get to 45,” Brady said, adding that he originally said that about 10 years ago. “We’ll see how it goes. I think I’m pretty much in uncharted territory.”

What the Bucs Think

The Buccaneers, however, especially head coach Bruce Arians brushed off retirement talk. “The way he was at practice [Friday], I would be shocked if he didn’t [play next year],” Arians said, via the Tampa Bay Times. “You know they have that Friday quarterback challenge, and he came flying out of the locker room, sprinting two or three fields away, and couldn’t wait to get into the challenge. He was like a little kid. I would be shocked.”

The Buccaneers were hit hard by injuries and defections (Antonio Brown walked off the field against the Jets and was released), and Brady intimated that walking off the field a final time as a Super Bowl champion was a consideration.

In speaking with the NBC production crew prior to the Rams game, Brady hinted that this Bucs team may not have had the horses to win it all this year and walk off the field a final time with a “perfect ending” to his career.

“Winning the Super Bowl but I don’t know that’s this year. I’d love to end on a Super Bowl. … But I think I’ll know when I know. … But there’s a lot that’s inconclusive,” he said.

And although Brady is extremely wealthy (his wife Gisele earns nearly twice the money he does), there is a monetary aspect to his decision, although he isn’t playing for money. He’s traditionally taken team-friendly deals to allow the team more salary-cap space to surround him with better players. However, if he returns in 2022, the amount of money he’d earn is pretty substantial. His base salary is $8,925,000 with a signing bonus of $15,000,000 and a roster bonus of an additional $1,470,588.

After the Rams game, he was asked point-blank about returning. “I haven’t put a lot of thought into it,” Brady said. “Taking it day by day.”

He can still play, that much is crystal clear, and he’s earned the right to make up his mind if he wants to go for one more shot at his eighth Super Bowl victory. Tampa Bay has only 35 players signed for 2022 and has a bit more than $22 million in salary-cap space to sign players.

Brady has said, that because of his intense, preparation to play in the NFL, not just in the maniacal way that he physically prepares, but in the mental aspect, watching film and meeting with players and coaches, he’s missed much of his children’s upbringing.

And his current offensive coordinator, Byron Leftwich is rumored to be on the shortlist of head-coaching candidates around the league. He and Brady are much closer than he is with Arians. Brady probably won’t want to learn another offense if they have a new coordinator in 2022.

As much as the fire still burns in him to compete at a high level (and he does), the feeling here is that there is a slightly better chance (55%-45%) that he’s going to hang it up and ride off into the sunset with his kids and supermodel wife. 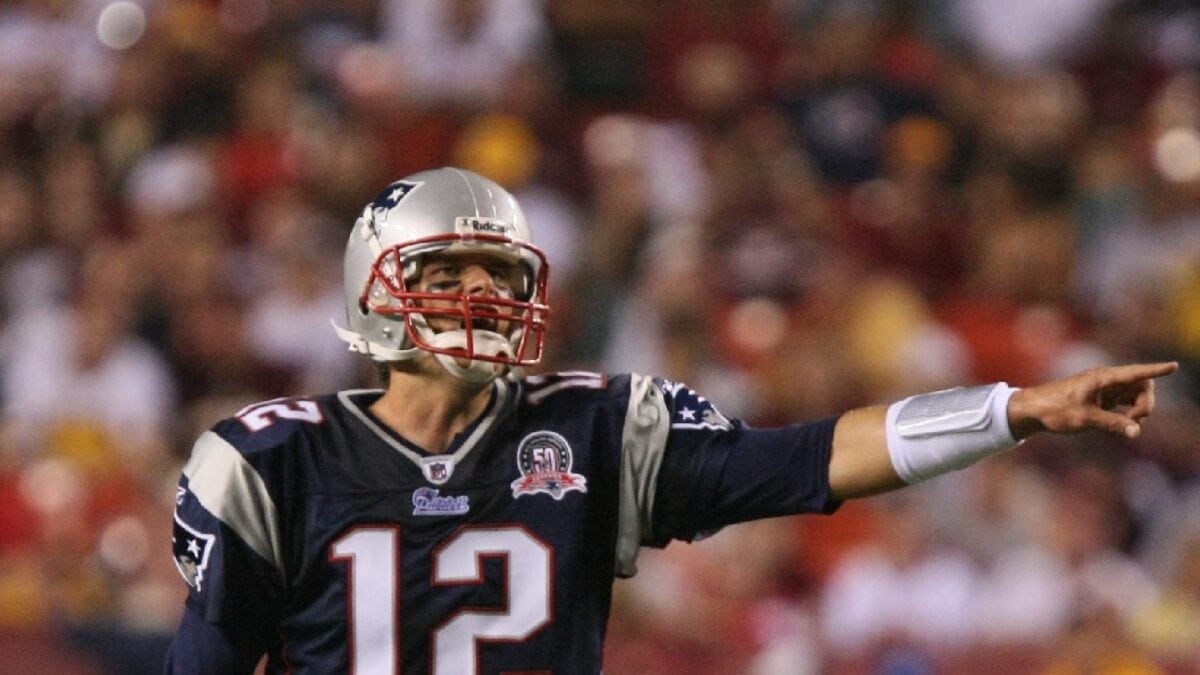 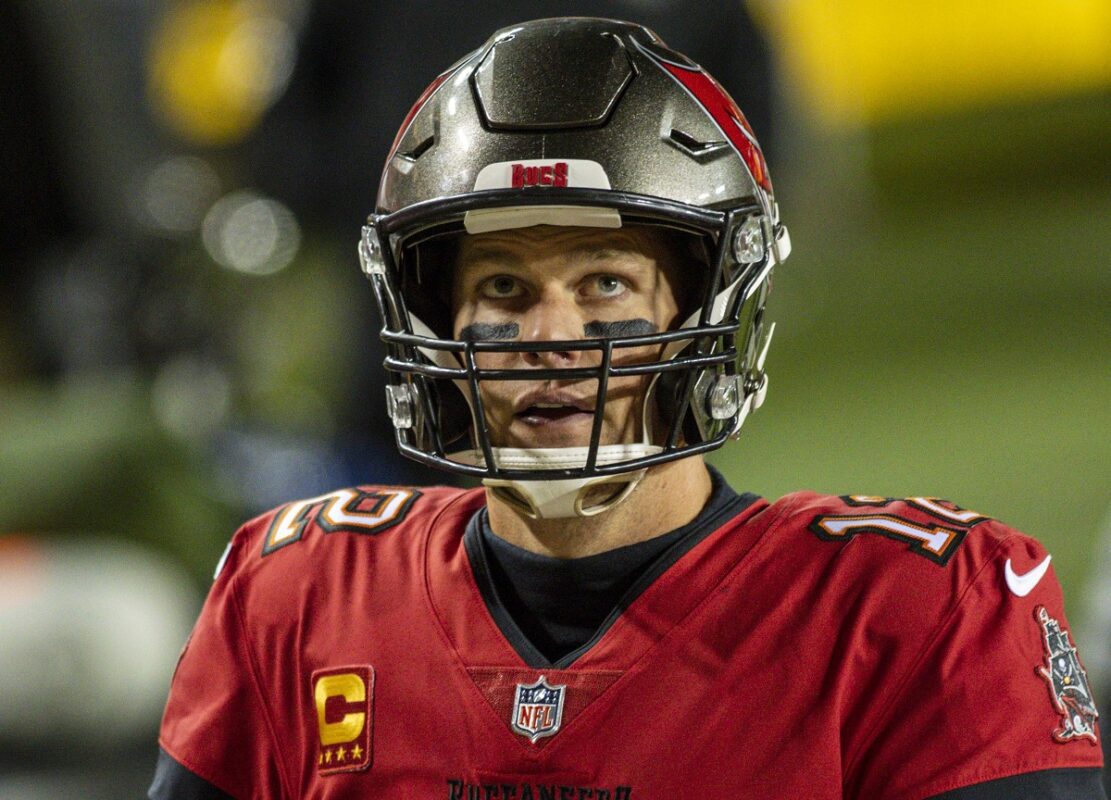 One thing that makes me believe that is the fact that the 10th episode of Brady’s ESPN docuseries “Man in the Arena” was postponed at the last minute this past week and not released as scheduled. Perhaps he’s holding it off until he announces his retirement.

Brady was drafted 199th in the 2000 NFL Draft, and six QBs were taken before him. That is a chip he’s carried on his shoulder for 22 years and it has fueled him ever since. He famously introduced himself to Patriots owner Robert Kraft in 2000 as “the best decision” the Patriots ever made…(Yes it was).

His list of accomplishments is long, with 278 wins, including 35 in the postseason. Do you want to talk about comebacks? He’s had 67 game-winning drives, including 14 in the postseason. He’s thrown 710 touchdown passes including the playoffs, the next closest player (Drew Brees) is 102 behind. Among active players, the closest (and not very) is Aaron Rodgers with 494, and he too is reportedly contemplating retirement.

The time is right for Brady to step away and the feeling here is he will.