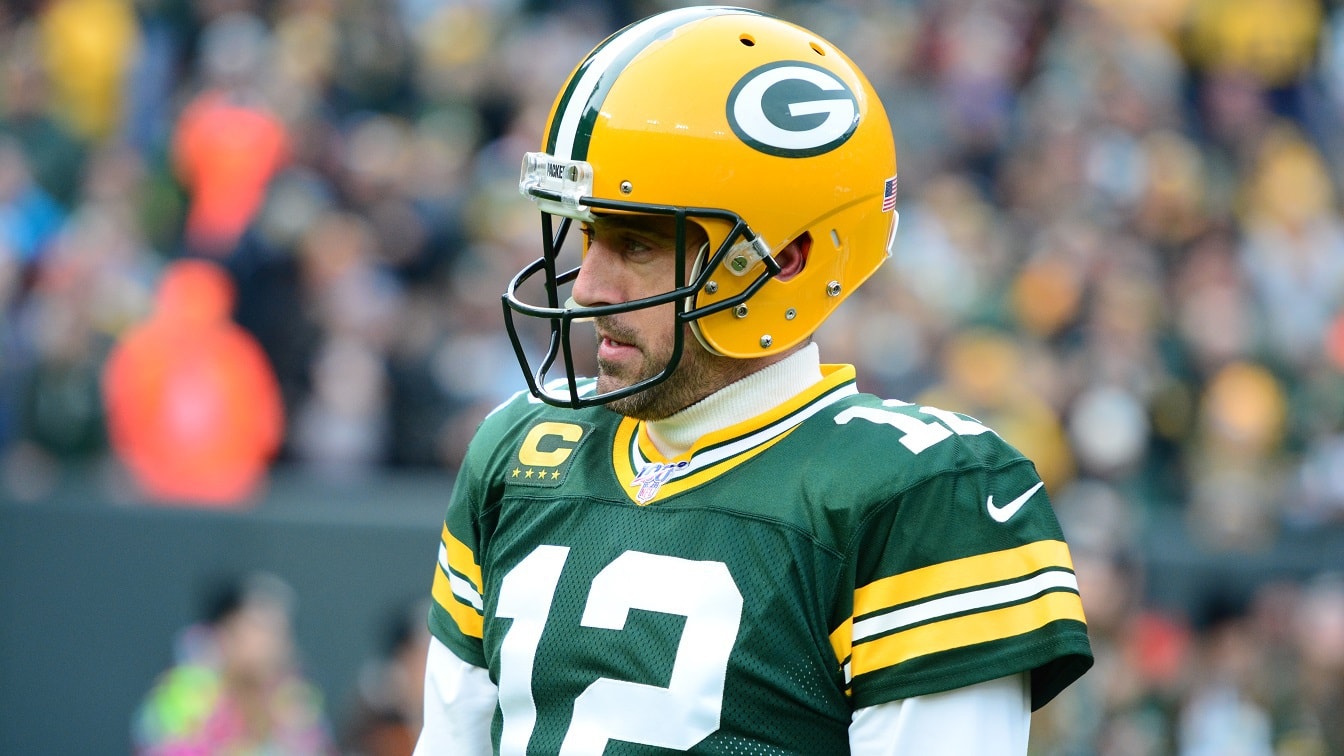 NFL Green Bay Packers quarterback, Aaron Rodgers, in a game against the Washington Redskins on December 8, 2019.

Who Are the Top 5 NFL QBs Just Before the Playoffs and Who Takes Home the Super Bowl?: If you think that political discussions can be contentious (Think Putin – Biden), then tune in to any sports radio talk show. Right now with the NFL finished with Week 17, and the playoffs right around the corner, we’ll take a look at the Top 5 QBs in the NFL right now.

These types of posts can be very subjective and there is always a slew of people who will disagree and they invariably get quite upset when Player A makes a list over Player B. It is the nature of the business. Back in the halcyon days of social media, many sportswriters would post a list such as this to generate discussion with give and take.

Now, not so much.

As in politics, it invariably turns into opposing sides trying to shout over one another.

But being a glutton for punishment, here are my Top 5 QBs in the NFL (right now) and furthermore, my pick on who will take home the Lombardi Trophy as the Super Bowl Champion next month.

So, “Grab your torch and pitchforks!” and let’s go.

Current Top 5 Quarterbacks in the NFL

Aaron Rodgers, Green Bay Packers –Rodgers seemed destined for a trade early in the season. After a contentious offseason where he trashed the Packers and hinted at retirement, he laid an egg on Week 1 against the Saints. Since then, he’s been “en Fuego” and has led the Packers to the #1 seed in the NFC, which has vaulted him to the top of the MVP talk, which is hugely subjective (like the NFL’s Coach of the Year, which is more like the ‘coach du jour’) but I digress.

Tom Brady, Tampa Bay Buccaneers –Brady continues to defy Father Time at the age of 44 when most NFL players are long since retired, Brady continues to light up the league where he leads the NFL in passing attempts, completions, yards, and touchdown passes.

Last week, with 2:13 remaining and his team behind, he started on his own 7-yard line with no timeouts. Brady did what he’s always done, the calmly led the Bucs to a game-winning drive, that culminated with a touchdown pass to a practice squad wide receiver with 15 seconds to go. It was the 53rd game-winning drive. Brady has completed 486 – 682 passes (66.9%) for 4990 yards with 40 TDs and 12 INTs for a passer rating of 100.5. Although the Bucs are decimated by injury, counting Brady out of a postseason run is pure folly, as he’s appeared in 10 and won 7.

The Bills and Allen went through a mid-season lull where the team won-one-lost-one stretch, but he and the team are getting hot at just the right time. With a win over the Jets on Sunday, they will clinch their second straight AFC East title and Allen has the ability to turn a game by himself. A dangerous proposition come postseason time.

Joe Burrow, Cincinnati Bengals – Burrow just nudges out a couple of other worthy quarterbacks on the list. He was off to a great start to his career last season but suffered a torn ACL in Week 10 of the 2020 season. He returned this season and has been even better. He’s completed 366 of 520 passes for a league-leading 70.4% completion rate while passing for 4611 yards with 34 touchdowns and 14 interceptions for a passer rating of 108.3.

In the past two weeks, Burrow eviscerated the Ravens and Chiefs’ defenses completing 67 of 85 passes for 971 yards with 8 touchdowns and 0 interceptions. Burrow has two  1000-yard receivers, (JaMarr Chase, Tee Higgins) and that makes them dangerous in the postseason.

The playoffs and the eventual Super Bowl champion always seem to share two important factors. The first and most important, is who is the most healthy once the playoffs roll around? The second is, which team is the hottest once January rolls around.

With one last regular-season game left, there are still some scenarios that could play out so, for brevity’s sake I will give the final four from each conference and the eventual Super Bowl winner.

Kansas City over Buffalo – I know Tennessee is the #1 seed, but we don’t know how healthy Derek Henry will be or how effective he’ll be. In January, with the bad weather, he could easily push the Titans to the big dance. But we’ll go with a late win for the Chiefs to propel them back to the Super Bowl.

Los Angeles Rams over Green Bay –  I’d go with the Buccaneers to repeat but they are really beat up right now and that may be their undoing. I am so leery about taking the Rams, because Matthew Stafford has a history of making mistakes at the most inopportune of times. But I think their defense will rule the day, as Aaron Rodgers penchant for coming up short in big games will continue.

Los Angeles Rams over Kansas City in a shootout. The NFL wants points, touchdowns, and offense. This game will have both. Put the over/under at 80 points …and take the over.