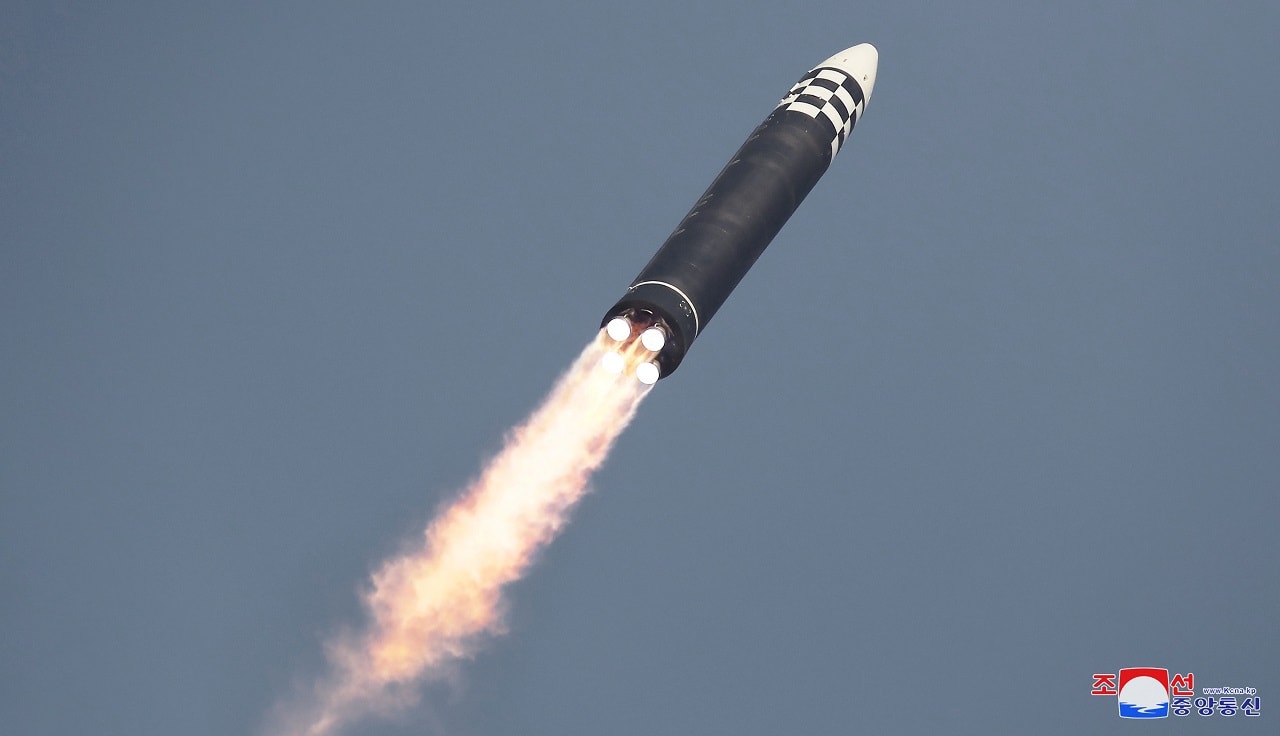 General view during the test firing of what state media report is a North Korean "new type" of intercontinental ballistic missile (ICBM) in this undated photo released on March 24, 2022 by North Korea's Korean Central News Agency (KCNA). KCNA via REUTERS

On September 8, one day before its national foundation day, North Korea’s Supreme People’s Assembly promulgated a new law “on the state policy of the nuclear forces.” This law updates a 2013 antecedent with far greater detail and, while it doesn’t upend the fundamentals of North Korea’s nuclear strategy, it does offer a critical expansion.

This law should be seen as part of a broader process of maturation by North Korea as a nuclear weapons power that has been ongoing since at least 2019. In 2017, after declaring his deterrent “complete” after three intercontinental-range ballistic missile tests that year, Kim Jong Un turned to diplomacy with South Korea and the United States. Through that time, however, the country’s national defense scientists and engineers were hard at work on the next phase of plans for the continued development of the country’s nuclear deterrent.

The new law reiterates much of what we’ve known about North Korea’s nuclear strategy for years now. For instance, the purposes of North Korea’s nuclear weapons are once again stated to have two primary purposes: to deter war and, if deterrence fails, to repel an invasion of North Korean territory. Kim himself reiterated these objectives during a speech earlier this year at a military parade. This dichotomy of “deterring” and “repelling” first appeared explicitly in the 2013 law.

The updated law provides far greater detail in other areas, even as it repeats certain past assurances that North Korea has offered to the outside world. The most important new explicit declaration in the new law is that North Korea’s nuclear weapons would be “automatically” released if the country’s nuclear command and control system is “placed in danger owing to an attack by hostile forces.”

The law also reiterates that Kim Jong Un, in his capacity as the chairman of North Korea’s powerful State Affairs Commission, is the sole person in the country with the authority to order the use of nuclear weapons. Implicitly, the message here is that the United States and South Korea should not presume that working to sever Kim from his nuclear forces—either through cyber-attacks or conventional military attacks—or trying to kill Kim will spare them nuclear retaliation.

As North Korea’s nuclear forces grow in size and sophistication, a pledge like this one is concerning. Every year that passes, the already implausible task of comprehensively striking at the totality of North Korea’s nuclear forces grows even more difficult for the United States and South Korea. Knowing this, North Korea seeks enhance its deterrence of an attack on its leadership and command and control by clarifying a new retaliatory threshold.

Overall, the new law can be seen as something analogous to a North Korean version of an American Nuclear Posture Review, the post-Cold War documents that successive U.S. administrations since the Clinton administration have used to express the purpose of American nuclear weapons and declaratory policy on nuclear weapons. As North Korea’s force grows and its strategic environment changes, events like this new law showcase a process of adaptation.

Beyond the law, Kim Jong Un expressed defiance about the prospect of ever disarming. He indicated that North Korea’s denuclearization would only come when nuclear weapons were eliminated worldwide: “As long as nuclear weapons exist on Earth and imperialism remains … our road towards strengthening nuclear power won’t stop,” Kim said. 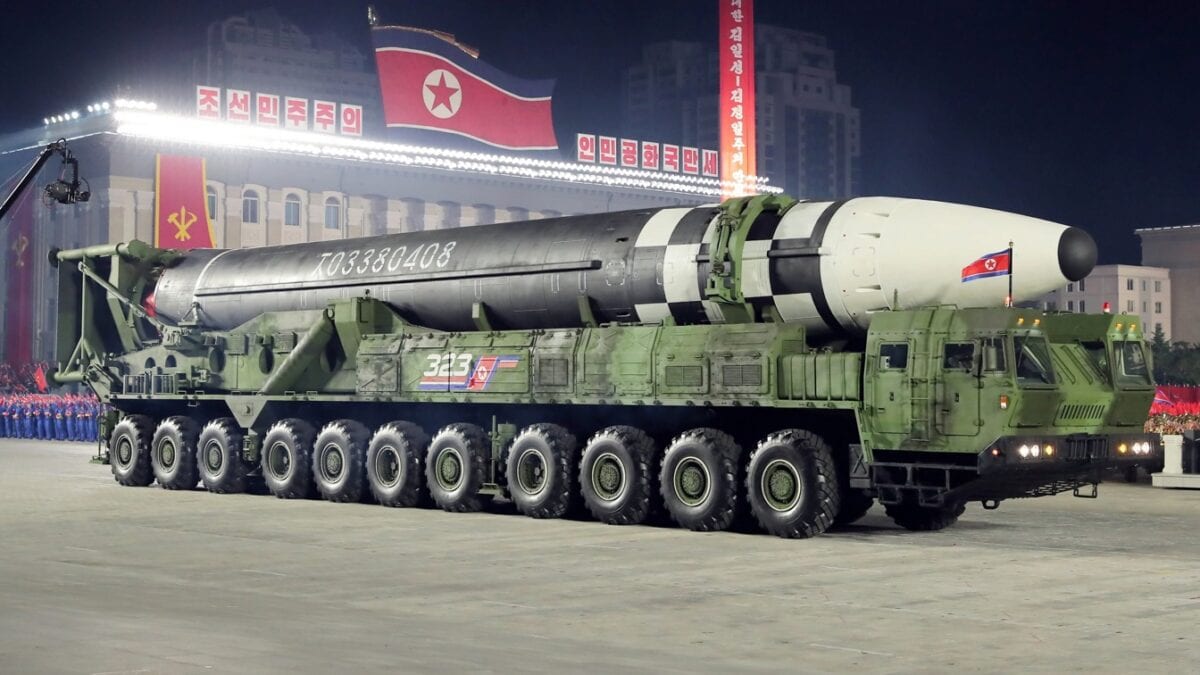 Since the collapse of the February 2019 Hanoi summit with former U.S. President Donald J. Trump and a subsequent working-level meeting in Stockholm, Sweden, in October that year, North Korea has been reticent about negotiations. Kim Jong Un’s big bet on negotiating with the United States didn’t pay off and, since then, Kim has gone all-in on expanding his nuclear forces. A wide-ranging five-year plan for defense modernization first announced in January 2021 is still ongoing and North Korea is expected to return to nuclear weapons testing—probably for the development of tactical nuclear weapons—later this fall.

Finally, the shifting geopolitical context in Northeast Asia appears to be buttressing Kim’s survival strategy in the medium-term. North Korea’s relations with both Russia and China remain on solid footing; with Moscow, in particular, the relationship appears to be fast accelerating as a consequence of Russian isolation from the rest of the world over its war of aggression against Ukraine. In this environment, the world should expect North Korea to carry on as it has for years now under Kim: in the pursuit of nuclear development on its own terms.

Expert Biography: Ankit Panda is the Stanton Senior Fellow in the Nuclear Policy Program at the Carnegie Endowment for International Peace. An expert on the Asia-Pacific region, his research interests range from nuclear strategy, arms control, missile defense, nonproliferation, emerging technologies, and U.S. extended deterrence. He is the author of Kim Jong Un and the Bomb: Survival and Deterrence in North Korea (Hurst Publishers/Oxford University Press, 2020). 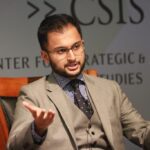