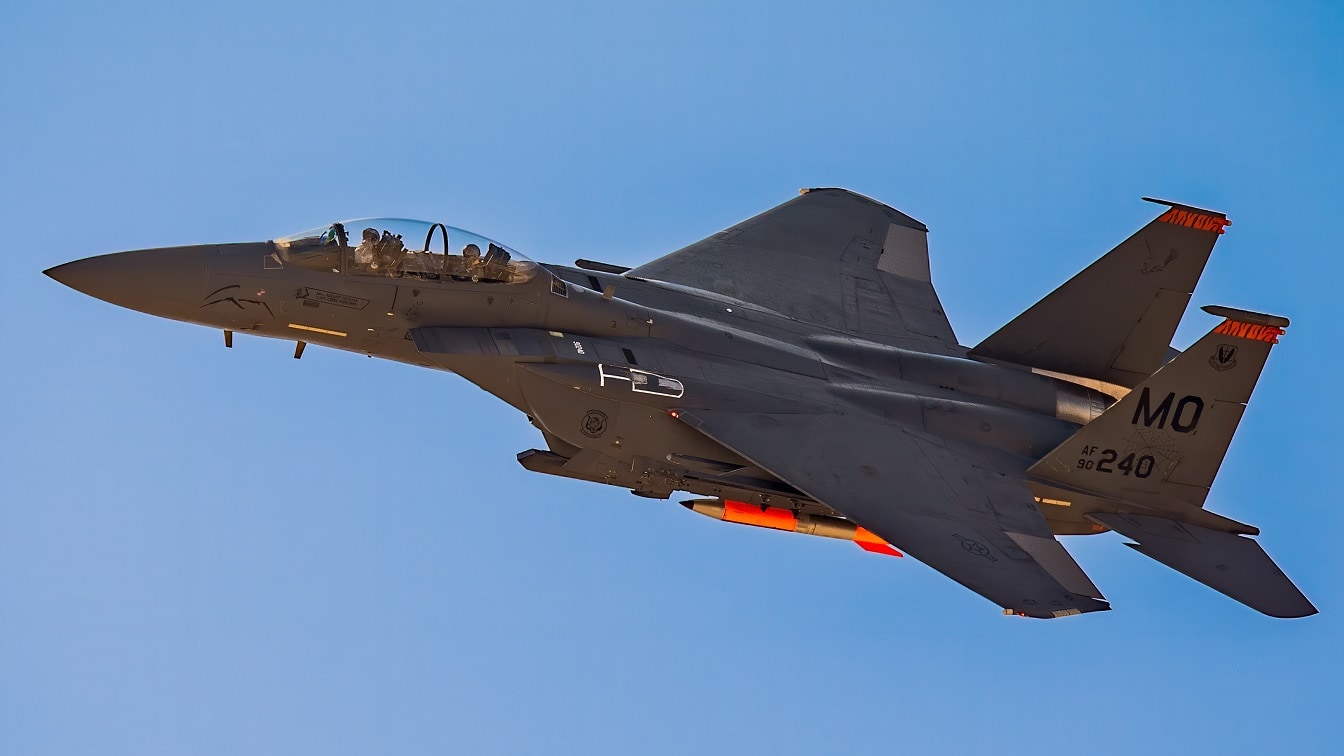 An F-15E Strike Eagle from Mountain Home Air Force Base, Idaho, carrying a B61 Joint Test Assembly, departs Nellis Air Force Base, Nevada, for the Tonopah Test Range during DCA NucWSEP. F-15Es released B61-3 and B61-4 JTAs at the Tonopah Test Range, Nevada, to further test the F-15E’s inherent ability to deliver B61 series tactical nuclear weapons. (Courtesy Photo by Santos Torres).

NATO could strike back with nuclear weapons against Russia. Although it is a complicated situation: Russian Federation President Vladimir Putin has made it abundantly clear that he would not rule out using tactical nuclear weapons if pushed into a corner. It is also not the first time Putin has rattled the nuclear saber, as he also did so in 2014 during Russia’s invasion of Crimea when Russian leaders talked openly about putting nuclear weapons on alert.

Russia currently is believed to possess some 2,000 tactical nuclear weapons kept in storage facilities throughout the country, developed to be used against troops and installations in a small area or in a limited engagement. Such weapons could be launched on the same short-range missiles Russia is currently using to bombard Ukraine, including from its Iskander ballistic missile, which has a range of about 500 kilometers.

The question of course is how NATO might respond.

It should also be made clear that whilst nuclear weapons remain a core component of NATO’s overall capabilities – and that it will remain a nuclear alliance for as long as nuclear weapons exist – the fundamental purpose of NATO’s nuclear forces is for deterrence. However, even as NATO had sought to de-emphasize the role of nuclear weapons following the collapse of the Soviet Union and the Warsaw Pact, it maintains its three-decades-old policy of “flexible response,” which allows the alliance to be the first to introduce nuclear weapons into a conflict, including in reply to an attack with conventional weapons.

Though NATO officially declares itself a “nuclear alliance,” it actually doesn’t have any nuclear weapons. Instead, a small number of nuclear weapons are believed to be maintained by the United States Air Force at six airbases in five European countries. Those weapons could be delivered by respective national fighter planes.

Beyond the alliance’s three nuclear powers, which include the United States, the United Kingdom, and France; five others participate in U.S. nuclear sharing: Belgium, Germany, Italy, the Netherlands and Turkey. In addition, seven other member nations now participate in the Support of Nuclear Operations With Conventional Air Tactics (SNOWCAT) and provide assistance in nuclear missions through conventional air support. These include the Czech Republic, Denmark, Greece, Hungary, Norway, Poland and Romania. All 30 members of the alliance excluding France are also a part of the Nuclear Planning Group, which discusses policy issues. The North Atlantic Council remains NATO’s ultimate authority, and member states retain control over their own nuclear forces.

How Many Nukes for NATO?

While the United States and its NATO allies do not disclose exact figures for its European-deployed stockpiles, it has been estimated that there are approximately 100 U.S.-owned nuclear weapons stored at those bases including Kleine Brogel in Belgium, Büchel Air Base in Germany, Aviano and Ghedi Air Bases in Italy, Volkel Air Base in the Netherlands, and Incirlik in Turkey.

The weapons are reportedly not armed or deployed on aircraft; they are instead kept in WS3 underground vaults in national airbases, and the Permissive Action Link (PAL) codes used to arm them remain in American hands. This is a failsafe system that requires the bombs to be loaded onto dual-capable NATO-designated fighters. Currently, each country is in the process of modernizing its nuclear-capable fighters including the F-35A, the F-18 Super Hornet, or the Eurofighter Typhoon.

U.S. nuclear weapons in Europe consist entirely of B61-3 and -4 gravity bombs deployed by dual-capable aircraft. The U.S. Air Force is now undertaking a modernization under the U.S. Department of Energy’s National Nuclear Security Administration’s (NNSA’s) B61-12 Life Extension Plan, updated warheads are scheduled for deployment by 2024 alongside delivery vehicle modernization programs of host nations. The B61-12 variant, which will replace the B61-3, 4, and 7, will include a new tail kit to improve both efficiency and accuracy. It will also allow variable yield capability, with a yield ranging from 0.3 KT to 170 KT, and allow for both strategic and tactical use.

The B61-12 LEP refurbishes, reuses, or replaces all of the bomb’s nuclear or non-nuclear components to extend the service life by at least 20 years. The B61 LEP will also continue to assure the weapon’s safety, security, and effectiveness. The nuclear security enterprise, in close coordination with the U.S. Air Force, worked together to deliver the B61-12 FPU after more than nine years of design, development, qualification, and component production.

It should also be noted that the total number of nuclear weapons has been greatly reduced from the all-time peak of 7,300 that were based in Europe during the height of the Cold War in 1971. 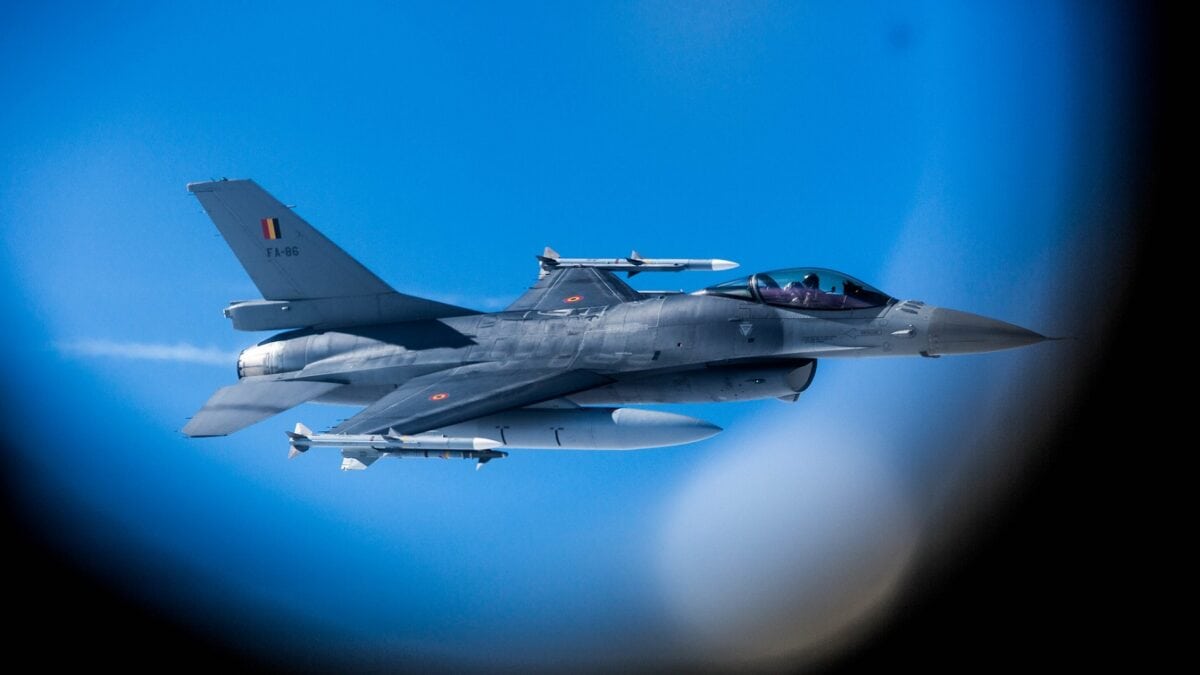 Clearly, NATO has the capabilities to respond should Putin do the unthinkable. The question is whether NATO would actually respond to what could cause a greater escalation, and result in a Third World War.