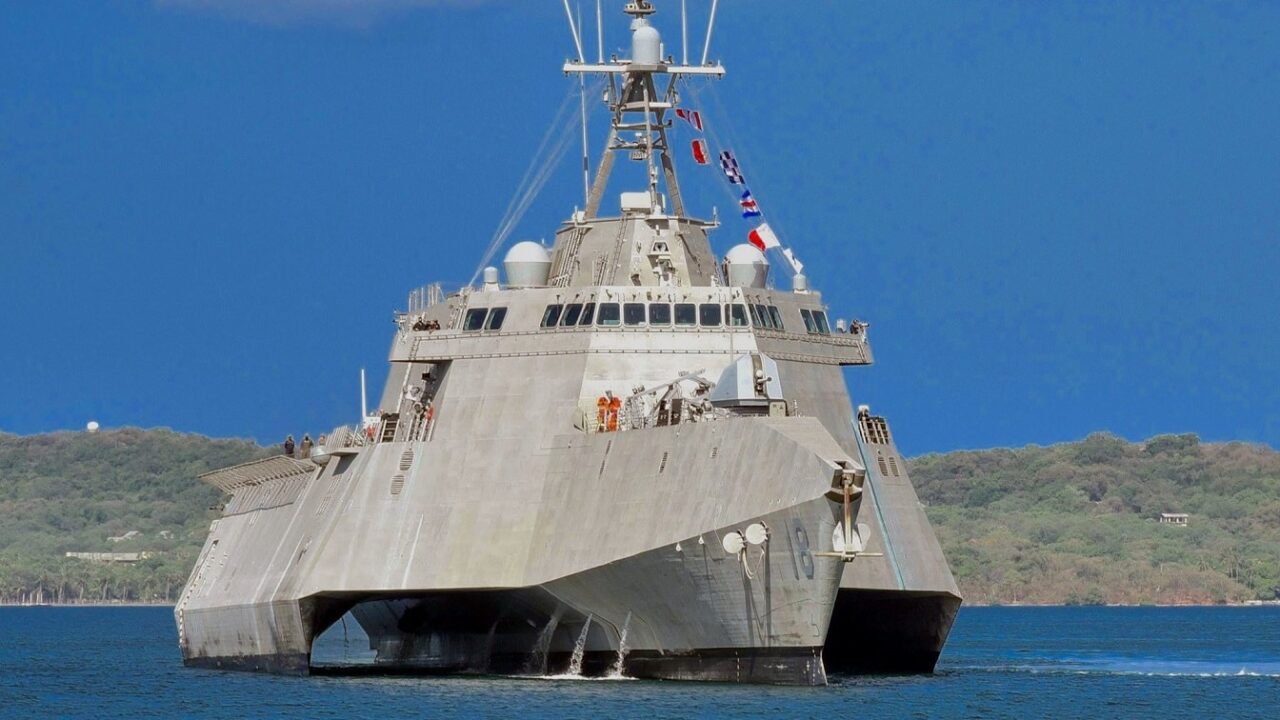 RIP, Littoral Combat Ship? This week, the United States Navy announced that the first steel was cut for the future USS Constellation (FF-62), which will be the lead ship of a new class of at least 20 frigates that could begin to enter service in 2026. The hull of the warship is based on the Italian FREMM-class frigate, and the program has built upon lessons learned from past warship projects.

“There is no doubt that the future USS Constellation and the 19 follow-on ships will bring an out-sized punch to surface warfare patrols with our cruisers, destroyers and littoral combat ships as well as with our allied and partner navies,” said Tommy Ross, performing the duties of the assistant secretary of the Navy for Research, Development and Acquisition, speaking to reporters in an Aug. 29 roundtable at the Pentagon. “We need the capabilities these ships will bring now, and we will need them for decades.”

The new frigates are also largely seen as a “do-over” for the United States Navy’s Littoral Combat Ships (LCS) program, which has proven to be one of the largest failures for the service. The vessels, which have been disparagingly mocked as “Crappy Little Ships,” have been plagued by a number of mechanical problems, while they’re seen as poorly suited to the changing geopolitical climate.

Navy officials have called upon lawmakers to allow it to retire the Freedom-class variants LCS due to cost overruns, as well as the fact that the vessels can’t be fitted with the long-planned anti-submarine warfare (ASW) module – drastically reducing their capabilities. Though the ships have been successfully employed for a drug-interdiction role, the Navy has suggested it would be wiser to ‘ship the ships’ off to a South American partner.

“There are countries in South America… that would be able to use these ships that have small crews and so instead of just considering scrapping as the single option, I think there are others that we can look at sir,” Chief of Naval Operations Adm. Michael Gilday said in response to a question from Sen. Jerry Moran (R-Kan.), while testifying about the service’s fiscal year 2023 (FY23) budget request to the United States Senate Appropriations Committee, BreakingDefense reported earlier this summer.

If the ships don’t head south, the Navy’s fiscal year 2023 (FY23) budget has called for decommissioning as many as nine of the Freedom-class variants. Lawmakers have been reluctant to allow that to happen, however.

“Though Littoral Combat Ships are troubled by a set of technological challenges, they are still functional and could provide important deterrence value against China,” Sen. Roger Wicker (R-Miss.), the second-highest ranking Republican on the Senate Armed Services Committee, told Task & Purpose. “It is simply a waste of taxpayer dollars to retire battle-ready ships without an immediate replacement for them. We cannot afford to shrink our fleet while China rapidly grows its navy.”

While the eventual fate of the Freedom-class variants remains unclear, the Navy could still operate upwards of six of the Independence-class LCS operating in the Western Pacific over the next few years.

“In the ‘Indy’ class, we continue to deploy them to the Western Pacific – trying to keep that 3.0 presence out there and build it to probably around 6 here in a few years,” Vice Adm. Roy Kitchener, the commander of Naval Surface Forces, told reporters via a media call last month.

Kitchener further noted that all of the LCS that head to the Western Pacific would be outfitted with the Naval Strike Missile. 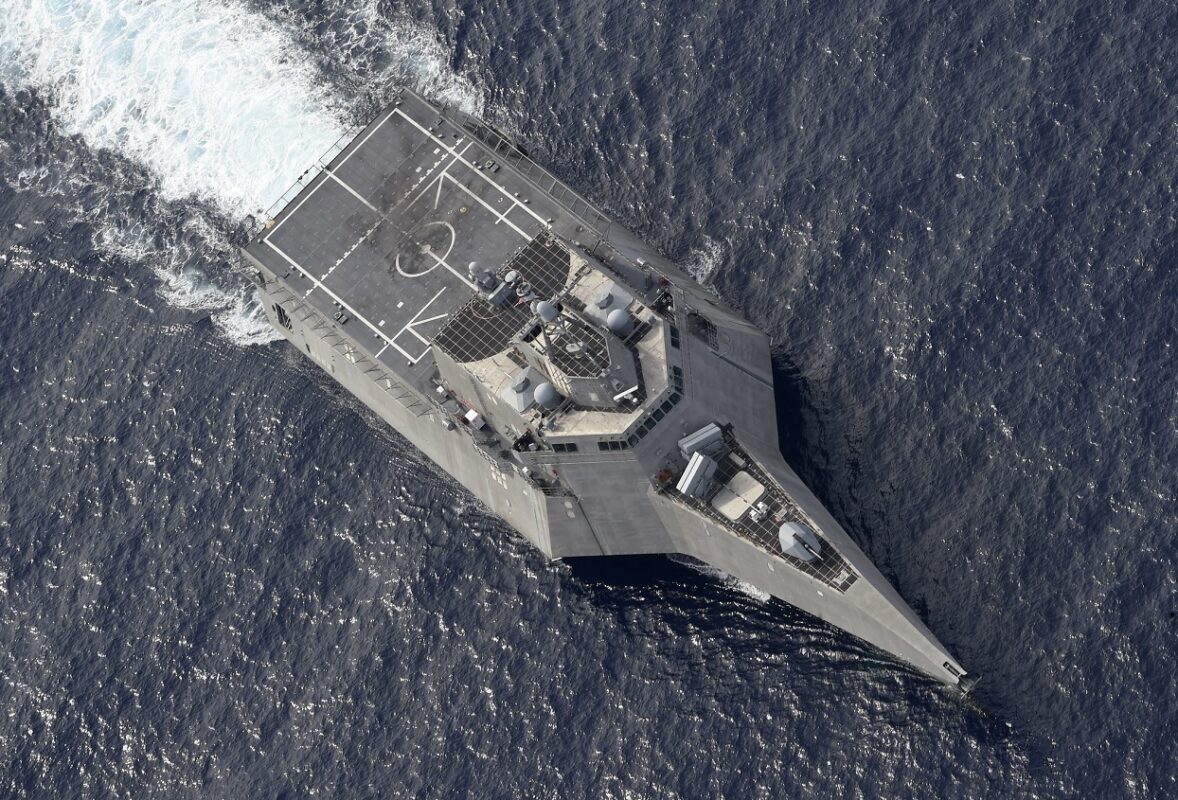 “As far as operations, they’ve been working with our partners. We’ve operated them in an Australian exercise, where we teamed them up with some expeditionary [mine counter-measures] capability. We’ve used them for presence operations in the South China Sea and the East China Sea,” he continued.

Even as the service has upped the volume to quickly retire the LCS, Kitchener said it is necessary to plan to operate the ships as long as the Navy has them in service.

“I continue to work to man, train and equip everything that we have on the books and I’ll continue to do that,” he told USNI News. “So as I looked at decom strategies, the only issue I have with those as I try to influence is that I can’t just be pushing decommissionings … year by year because of the way the money flows. It makes it very difficult for me to generate readiness. I suspect we will have LCS ships well into the future and that’s how I’m preparing them.”

Though the Navy has sought to retire the LCS, it has noted that the size, speed, and agility of littoral combat ships allow them to perform maritime security operations, theater security cooperation engagements, and freedom of navigation patrols – keeping critical maritime commerce routes open, deterring conflict and coercion, and providing a comparable ship to strengthen partnerships with other countries. 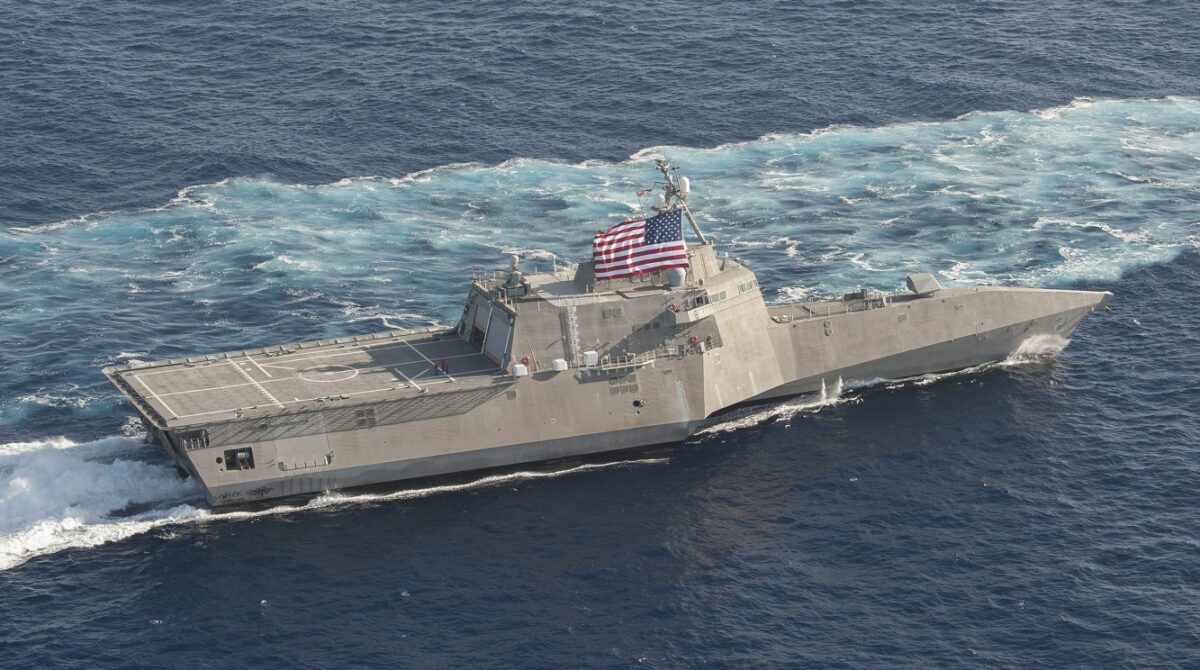 Critics contend the warships are simply ill-suited to the needs of the U.S. Navy, and perhaps it would be best to deep-six them and move on.