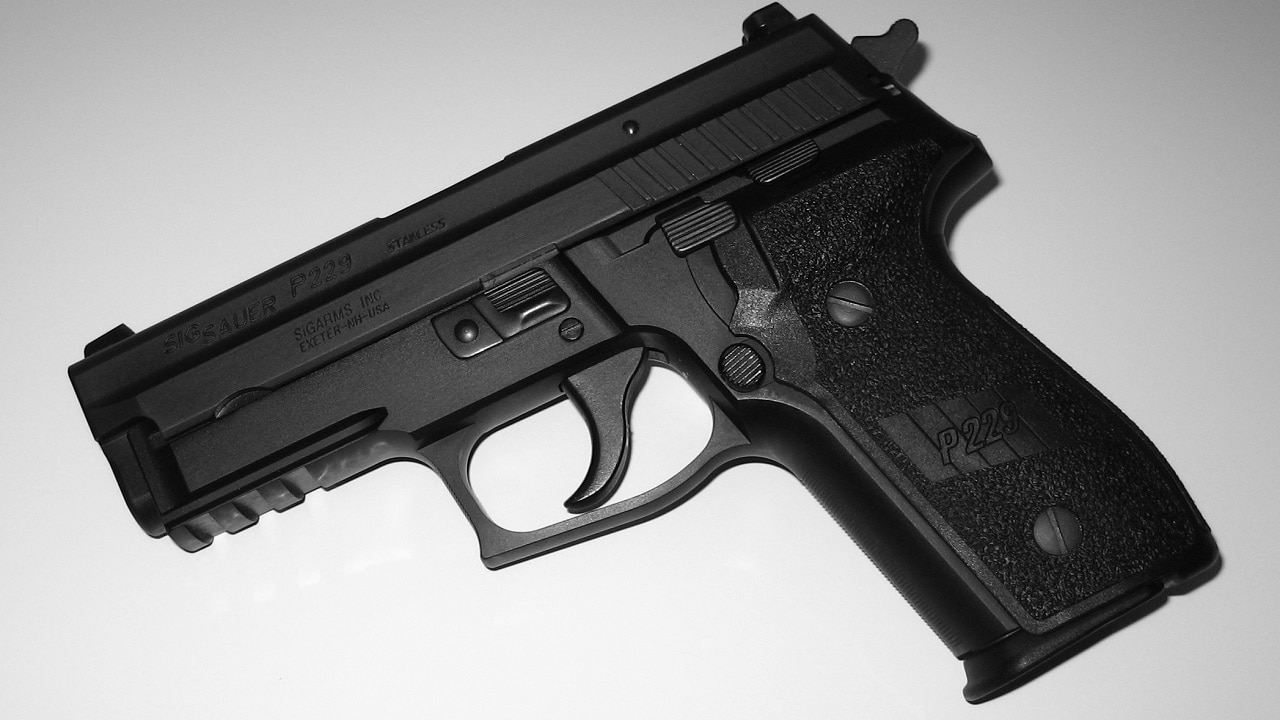 “To Hell and Back Reliability.” This was the proud trademarked slogan of SIG Sauer back in the first decade of the 2000s, and while some shooters dispute the veracity of that boast, SIG Sauer brand pistols definitely have a long-established reputation for dependability, a reputation that received an extra boost after the Navy SEALs adopted the SIG P226 9mm in the late 1980s after some safety incidents with the Beretta M9. It was this well-established reliable reputation that garnered the attention of the powers-that-be at the then-new U.S. Department of Homeland Security (DHS) back in 2004 as they were trying to choose a standardized duty pistol for its many field agents. The gun that ended up winning the DHS contract was the SIG Sauer P229 DAK.

As Jeffrey Denning of Guns.Com explains, “DAK stands for Double Action Kellerman. Kellerman is (rumored to be) the wealthy man who invented the double action only (DAO) trigger. Interestingly enough, the DAK trigger is roughly only a 6.5-pound trigger pull. Like a DAO, the shooter will get that 6.5-pound pull consistently by releasing the trigger all the way back out for a full trigger reset. But the DAK is unique in that the trigger system allows a double-strike capability. In other words, there are two trigger resets and releasing the trigger half way will allow the shooter to take another shot with … an 8-pound trigger pull?”

For the U.S. Secret Service (USSS) P229 DAK pistols, DHS chose the .357 SIG chambering, which is an autopistol round designed from the ground up to replicate the ballistics of the.357 Magnum revolver cartridge, particularly the 125-grain semi-jacketed hollowpoint load, was legendary for its fight-stopping ability. For Immigration & Customs Enforcement (ICE) Special Agents, however, the .40 S&W caliber version of the DAK pistol was chosen instead, presumably due to the perceived superiority of the larger-bored cartridge. Overall, winning the DHS contract was quite a coup on SIG’s part, seeing how Glock held roughly 40 percent of the U.S. police pistol market share at the time. However, ICE still authorized the Glock 26 9mm as a backup piece.

I joined ICE as a Federal Series 1811 Criminal Investigator/Special Agent back in August 2009, after having spent the previous three years with sister agency U.S. Customs & Border Protection (CBP) as a CBP Officer carrying the HK P2000 LEM .40 S&W as my duty sidearm. Though I already had plenty of prior shooting experience with SIGs, it was my time with ICE that gave me my introduction to the DAK trigger system. It left me, shall we say, underwhelmed.

Yes, I managed to shoot Expert with it – scoring a 247 out of a possible 250 during my Federal Law Enforcement Training Center (FLETC) range quals – but I daresay that was despite the trigger, not because of it. Some of my shooting buddies told me they actually liked the DAK trigger. Different strokes for different folks, I reckon; for me, it felt like a truck pulling through the mud, and though I never bothered to measure the actual pull weight on my issued pistol, it felt heavier than the mere 6.5 pounds claimed by the manufacturer. While more sufficiently accurate for combat purposes, the SIG never gave the sort of deeply satisfying shot groups that my Berettas and Glocks gave me, and the perfect qualitative score always eluded me.

After having been spoiled by the lightweight 25-ounce polymer frame and delightfully compact 3.66-inch barrel of the HK the previous three years, the extra 7 ounces of weight stemming from the all-steel construction of the SIG along with its extra half-inch of barrel length made the firearm considerably less comfortable, especially for the appendix inside-the-waistband (AIWB) carry that was my preferred off-duty carry mode back then.

That said, the gun never malfunctioned in my two years as an ICE Agent. I didn’t quite go “to hell and back” with it during that time, but the gun served its purpose. It was also easy to field-strip and reassemble and was relatively maintenance-friendly. That said, once I left ICE for the greener pastures of overseas private military contracting, I wasn’t sad to part ways with the SIG P229 DAK.

That said, if you’re a fan of SIG Sauer, by all means, buy a P229, as you’ll probably like it. Interestingly enough, the DAK version of the P229 is no longer even listed on the SIG website; only the traditional double-action (DA/SA) and single-action-only (SAO) variants are offered. What’s more, ICE recently announced that they’re adopting the SIG P320 9mm, i.e., the same service pistol recently adopted by the U.S. Armed Forces, to replace the DAK gun.