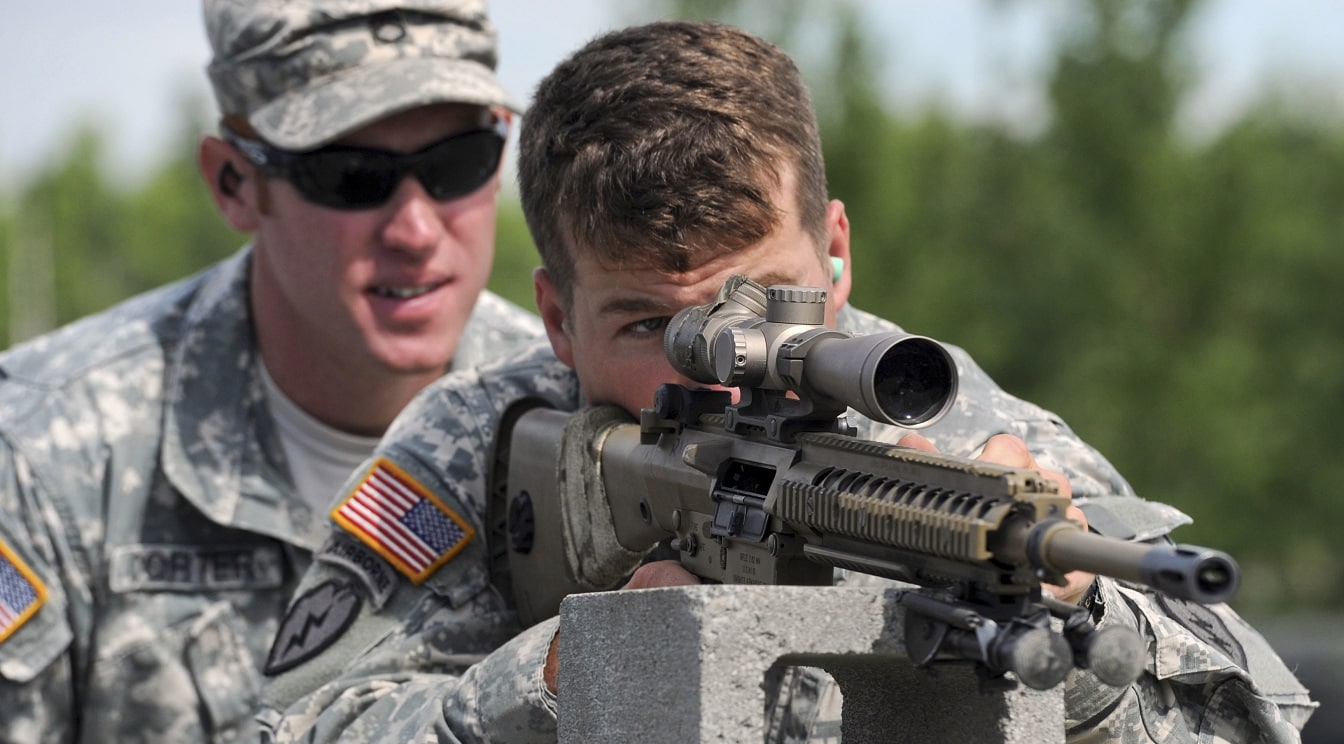 Fentanyl and more – How China and Mexico are poisoning our military: The Army is in the midst of a recruiting shortfall, despite a record retention rate, and the recent news isn’t going to help its recruiting matters anytime soon. Still smarting over a sexual assault crisis that rose by 13 percent, there is an alarming increase in drug overdose deaths, even among elite units.

A recent article in Rolling Stone magazine highlighted the problem that Ft. Bragg, NC, has with illicit drugs, and death by drug overdose is now the leading cause of death for soldiers at the sprawling military base that is the home of the 82nd Airborne and the 18th Airborne Corps, as well as the 3rd Special Forces Group. The Special Forces training pipeline is also located at Ft. Bragg.

But it isn’t just a Ft. Bragg problem. It is an Army and a nationwide issue that has to be addressed. During this year’s college spring break, six cadets from the U.S. Military Academy at West Point were hospitalized in Florida for ingesting cocaine laced with fentanyl.

The number of drug overdose deaths is rising alarmingly in the U.S. In 2020, there were nearly 92,000 overdose deaths in the U.S., with 56,516 dying from synthetic opioids such as fentanyl. In 2021, there were more than 107,000 Americans that died of drug overdoses, which is the highest annual death toll ever recorded and a 15 percent increase over 2020.

But a closer look reveals that much of the illicit drugs – but not all – responsible for accidental overdoses can be traced to the Mexican drug cartels who get their precursor chemicals from China.

Why the Huge Spike in Drug Overdose Deaths?

In asking the question above, the answer is probably twofold. First, it seems more people have begun using illicit drugs as a way to cope with the stresses of the COVID-19 pandemic.

But the second factor is that since the COVID-19 pandemic, there has been a massive influx of the distribution of fentanyl all across the United States. According to Dr. Volkow, Director, National Institute on Drug Abuse, methamphetamine and cocaine overdose deaths have also spiked.

“And because fentanyl is so potent, it increases the risk of overdose significantly. So, people that in the past were able to take drugs more or less safely are now actually at a very high risk of overdosing,” she added.

Fort Bragg Has Lost a Staggering Amount of Troops Recently

The piece in Rolling Stone states that “a total of 109 soldiers assigned to Fort Bragg, active and reserve, lost their lives in 2020 and 2021, casualty reports obtained through the Freedom of Information Act show. Only four of the deaths occurred in overseas combat operations. All the rest took place stateside. Fewer than 20 were from natural causes. All the rest were preventable. This is a seemingly unprecedented wave of fatalities on a modern U.S. military installation.”

Local newspaper, The Fayetteville Observer, reported on the alarming month where soldiers died at an alarming rate from unexplained causes, and published an article on Oct. 30,2021 that tied together the cases of “six soldiers found dead in barracks on post.” Ft. Bragg’s answer was to stop posting any notices about drug-related deaths.

Fentanyl overdoses are now the leading cause of deaths in the United States for people under the age of 45. There has been an explosion of counterfeit Xanax, Adderall, hydrocodone, percoccet, and other legal drugs that are purchased on the street, many of which are laced with fentanyl. Many of these overdoses may in fact be accidental poisonings. Where are all of the illicit fake drugs coming from? Not to mention cocaine and meth that are laced with fatal amounts of fentanyl.

Not only are the Mexican drug cartels running nearly unchallenged south of the border, but their presence is being felt here in the United States and they are operating with the same deadly approach that they use in Mexico. And worse still, they have been operating for over 30 years with help from Chinese chemists.

First by getting the precursor drugs to make methamphetamine, but now the Chinese are shipping vast amounts of fentanyl to Mexico, where the two main cartels (the Sinaloa Cartel and the Jalisco Cartel New Generation (Cartel de Jalisco Nueva Generación – CJNG) are the most important Mexican suppliers of the drug and its precursors are running their own factories, which produce fake pills as well as lacing cocaine and meth that come across our borders.

I spoke with Derek Maltz, who was a member of the DEA for 28 years. Maltz was the Special Agent in Charge (SAC) of the United States Department of Justice (DOJ), Special Operations Division (SOD) for almost 10 years and previously held the position as the Chief of the New York Drug Enforcement Task Force, which is the oldest and largest drug task force in America.

Maltz is quick to point out this isn’t a Red vs. Blue issue, it is a Red, White, and Blue issue that is killing our citizens. 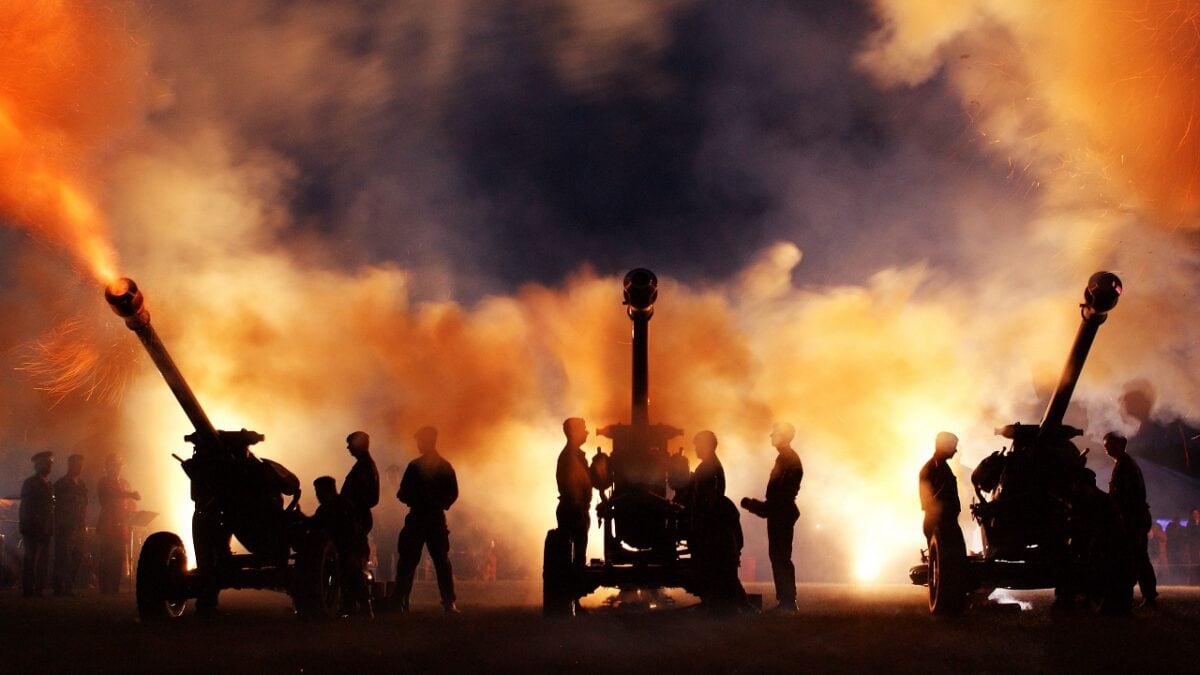 A battery of 105mm Light Artillery guns manned by 103 Regiment (V) Royal Artillery opens fire during a military pageant.
The versatile 105mm light gun is used by the parachute and commando field artillery regiments of the British Army.
The light gun can be towed by a medium-weight vehicle or carried around the battlefield underslung by a Chinook helicopter.
Royal Artillery L118 light guns are fitted with an automatic pointing system (APS), which enables the gun to be unlimbered and in action in 30 seconds. APS is based on an inertial navigation system, operated via a touch screen, it replaces the traditional dial sight.

This all began around 2008-2009 when the U.S. was bombarded with “bath salts” and other synthetic drugs produced in Chinese labs.

The first big fentanyl outbreak of overdose deaths occurred in the Midwest in the mid-2000s and took thousands of lives.

The DEA tracked the production facility to a single lab in Toluca, Mexico, where one of the lab’s operators told authorities that he’d bought the necessary chemicals from a Chinese company. Once Mexican authorities shut down the lab, the overdoses stopped.

Unlike in Latin America, where the DEA built up solid contacts with host nation police and para-military counternarcotics officers, China posed different problems. The Chinese insisted that they did not have a fentanyl problem. What they had was a fentanyl strategy.

Maltz told me that this is “China’s strategy of destroying and destabilizing America from within by distributing its poison.” He characterized it as “unrestricted warfare.”

In just the past five years, drug overdose deaths are up 2,200 percent in California.

Maltz and many others (some in Congress in a bipartisan move) want to designate fentanyl as a weapon of mass destruction. Maltz wants to designate the cartels as terrorist organizations.

“How would Americans react if we learned Hezbollah or al-Qaeda was setting up a bioweapons factory in Mexico? The cartels and China are doing just that.”

He and many others want the U.S. to take on the cartels, and that will require strikes on labs and Special Operations teams operating inside of Mexico. If that were to happen, we would need the Mexicans to get on board. Will it happen? Time will tell, but the problem isn’t going away, it is only getting worse.