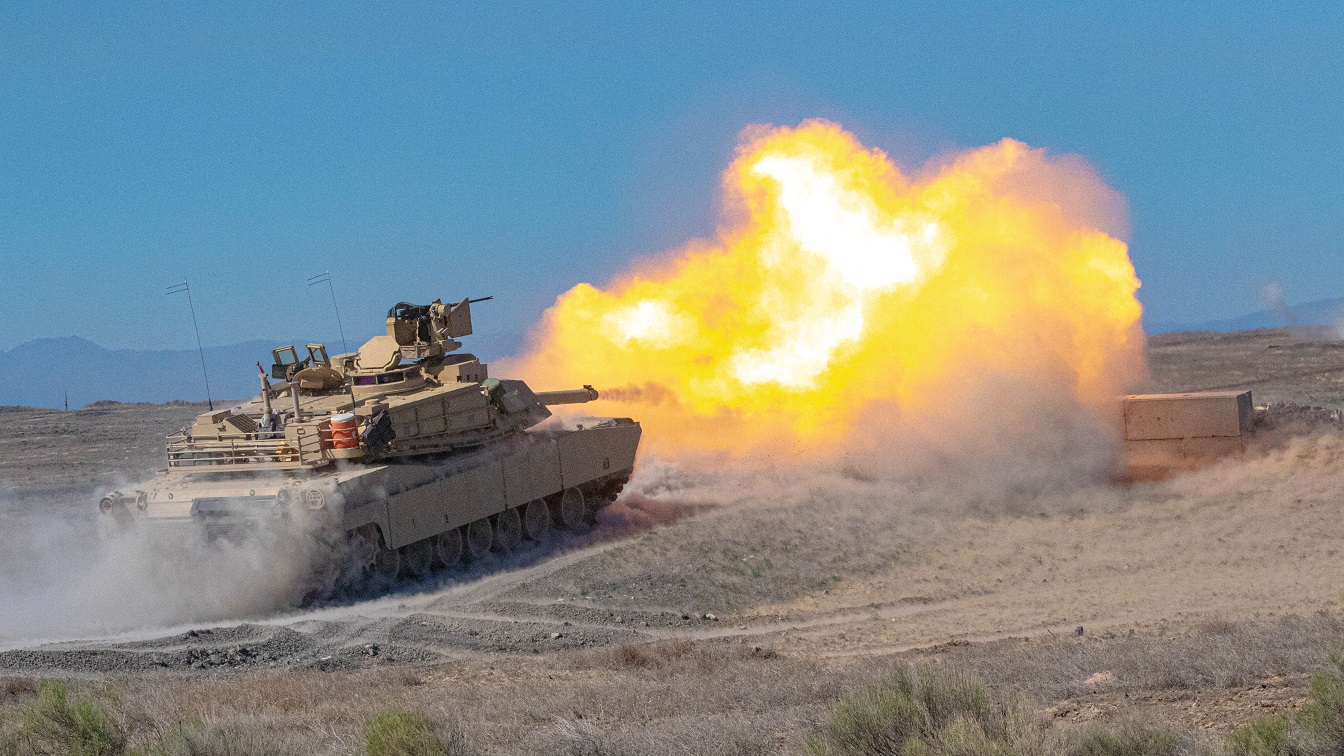 This week, the Pentagon announced news of the potential sale of operational and training rounds for M1A2 Abrams tanks to Kuwait as part of a deal valued up to $250 million. The American-made tanks- along with Cartridge M80 Balls, M903/M962 Saboted Light Armor Penetrator-Tracers, Armor Piercing Incendiary, and Insensitive Munition High Explosive Trackers- will improve Kuwait’s military capabilities.

According to the Defense Security Cooperation Agency (DSCA), the potential foreign military sale would allow the U.S. to enhance the national security of a Middle East ally that has “been an important force” in the Middle East. The Pentagon also noted that the proposed equipment would aid Kuwait in its defense and deterrence against land-based threats. As perhaps the most sophisticated main battle tank across the globe, the M1A2 Abrams would singlehandedly advance the combat efficiency of the Kuwaiti Land Force.

The Backstory of the M1A2 Main Battle Tank

Equipped with various innovative features, the M1 Abrams immediately became a force on the battlefield. The M1 Abrams included Chobham composite armor, a multifuel turbine engine, and a significantly heavier frame than its counterparts. The first prototype featured license-build versions for the 105mm Royal Ordnance L7 gun, followed by the production of 6,000 tanks that possessed enhanced armor plus a chemical, biological, radiological, and nuclear defense (CBRN) protection system.

What continues to make the M1 Abrams one of the best tanks in circulation is that it has been frequently upgraded over the years to maintain its edge over near-peer MBTs. The latest M1A2 variant was introduced in the 1990s and included an improved weapon station, embedded diagnostics, as well as the addition of a commander’s independent thermal viewer. The MBT is equipped with a 120mm XM256 Smooth Bore Cannon, a .5 caliber M2 machine gun, and a 7.62 M240 coaxial machine gun.

General Dynamics Land Systems has touted the Abrams as a “platform that adapts new technologies while minimizing development time and cost.” The manufacturer added that “This superbly engineered and battle-tested design continues to meet the challenges of new and emerging threats associated with the next generation of warfare. The Abrams M1A2 Tank is built to confront and destroy enemy forces using unrivaled firepower, maneuverability and shock effect.”

Although unmanned aerial vehicles (UAVs) have gained notoriety in recent years as the future of conventional warfare, tanks should not be dismissed as irrelevant. In fact, battle tanks have remained prevalent players in Russia’s ongoing invasion of Ukraine. Yes, Moscow has lost thousands of tanks largely due to unpreparedness and lack of strategy.

However, when used effectively, advanced tanks can turn the tides of war from a battlefield. As described by the chief of tactics at the Maneuver Captain’s Career Course at Fort Benning, “A tank, in general, is — for ground stuff — the most lethal thing you can put on the battlefield,” adding that tanks have “a ton of armor, it can go really fast, it can see everything  … I don’t think the time of the tank has passed.” Combined with other pillars of military strategy, tanks can function as significant players in a war.

Kuwait Could be an Important Ally to Help Deter Iran

This summer, the Biden administration has prioritized strengthening ties with U.S. allies in the Middle East. While Kuwait has historically played a mediator role between Iran and Saudi Arabia in regional conflicts, the U.S. could be seeking to gain an additional Gulf ally to bolster its efforts to thwart Tehran. In June, a Reuters report said that Washington was working to incorporate Gulf Cooperation Council (GCC) members to join a U.S.-Israeli integrated air defense system. While Saudi Arabia, Bahrain, and the United Arab Emirates have normalized ties with the Jewish state vis-à-vis the 2020 Abraham Accords, Kuwait, Oman, and Qatar have not.

Kuwait’s inclusion in the growing anti-Iran coalition in the region would both benefit its regional allies and protect the small country that is a stone’s throw away from Iran. Perhaps as the regime continues to escalate its hostile behavior and rhetoric, Kuwait will be more inclined to take the next steps to formalize ties with Israel and join the budding Middle East air defense alliance.