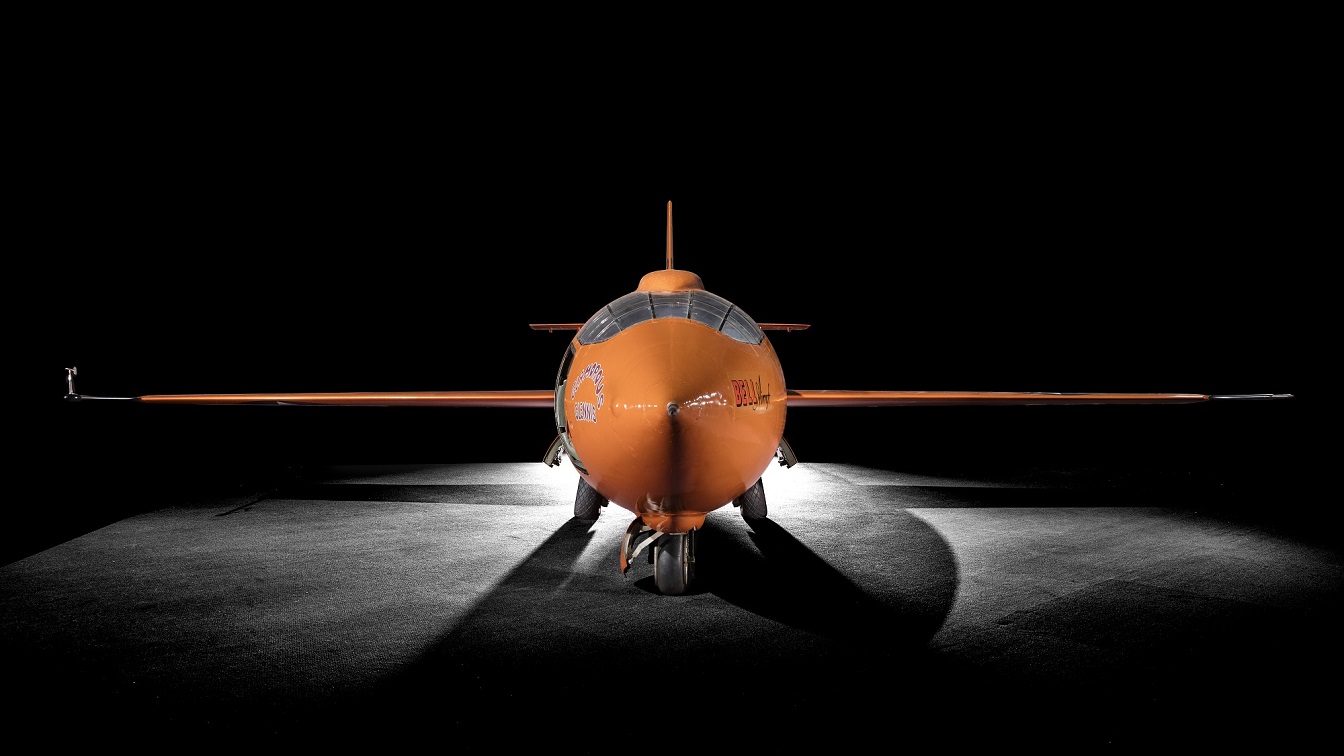 Breaking the sound barrier is pretty routine nowadays. Most fighter jets, including all of the latest fighters, can do it. In fact, a few bombers can break the sound barrier, and even a couple of commercial airliners have pulled it off.

But eight decades ago, the sound barrier loomed large. It was an intimidating obstacle that many experts presumed could not be overcome. Attempting the feat required specialized, cutting-edge equipment. This gave rise to the experimental aircraft known as X-planes.

Despite the X-planes’ advanced designs, skeptics held that the sound barrier could not be broken – that crossing it might even cause an aircraft to combust.

Motivated to be the first to shatter the sound barrier, NACA (which would become NASA), the U.S. Air Force, and the U.S. Army Air Force joined together and commissioned Bell to design and build the first in the X-plane series: the X-1.

The X-1 was blueprinted in the mid-1940s and built in 1945. It was developed around the Reaction Motors XLR11 rocket engine, which was also the original engine for the X-15 before the more powerful XLR99 took its place.

The XLR11 had four chambers. It burned ethyl alcohol diluted with water using a liquid oxygen oxidizer. The four-chambered design was helpful: Each of the chambers provided 1,500 pounds of thrust, and the pilot could turn each one on or off independently.

The first man ever to fly the X-1 was Bell test pilot Jack Woolams. He made several glide-flights after being dropped from a B-29 bomber at 29,000 feet. These glide-flights did not make use of the XLR11 engine, but they offered insights into the airframe’s performance that were used to guide further adjustments to the design.

By late 1946, the X-1 – and the XLR11 – were ready for powered flight. Chalmers “Slick” Goodlin took over flight testing duties for Woolams, who had died while practicing for the National Air Races. During the first powered flight, Goodlin ignited just two of the XLR11’s chambers, yet the X-1 accelerated so quickly that the pilot decided to revert back to just one active chamber until reaching 35,000 feet of altitude. Once there, Goodlin reignited the second chamber, and the X-1 zipped to Mach-0.795. Goodlin eased off the throttle.

The X-1 would be tested like this – cautiously, making sure everything was just so – for dozens of flights. The aircraft would not break the sound barrier until its 50th flight.

Yeager Makes His Name with X-1

Glamorous Glennis dropped from the bomb bay of a B-29, and Yeager hit the gas. Igniting all four of the XLR11’s combustion chambers, Yeager became the first person to break the sound barrier. He hit Mach-1.06, or 700 miles per hour. In effect, Yeager demonstrated that the sound barrier was not rigid – it could be broken without a plane combusting. The feat had significant scientific and military ramifications, and the Americans hoped to keep the news secret, but that didn’t last long. The Los Angeles Times and Aviation Week both scooped the story, and the news shocked the general public.

Today, Glamorous Glennis hangs from the rafters of the Smithsonian Air & Space Museum. Aside Lindberg’s Spirit of St. Louis and one of the three North American X-15s, in a room with John Glenn’s Friendship VII capsule, the X-1 is properly enshrined among aerospace royalty.