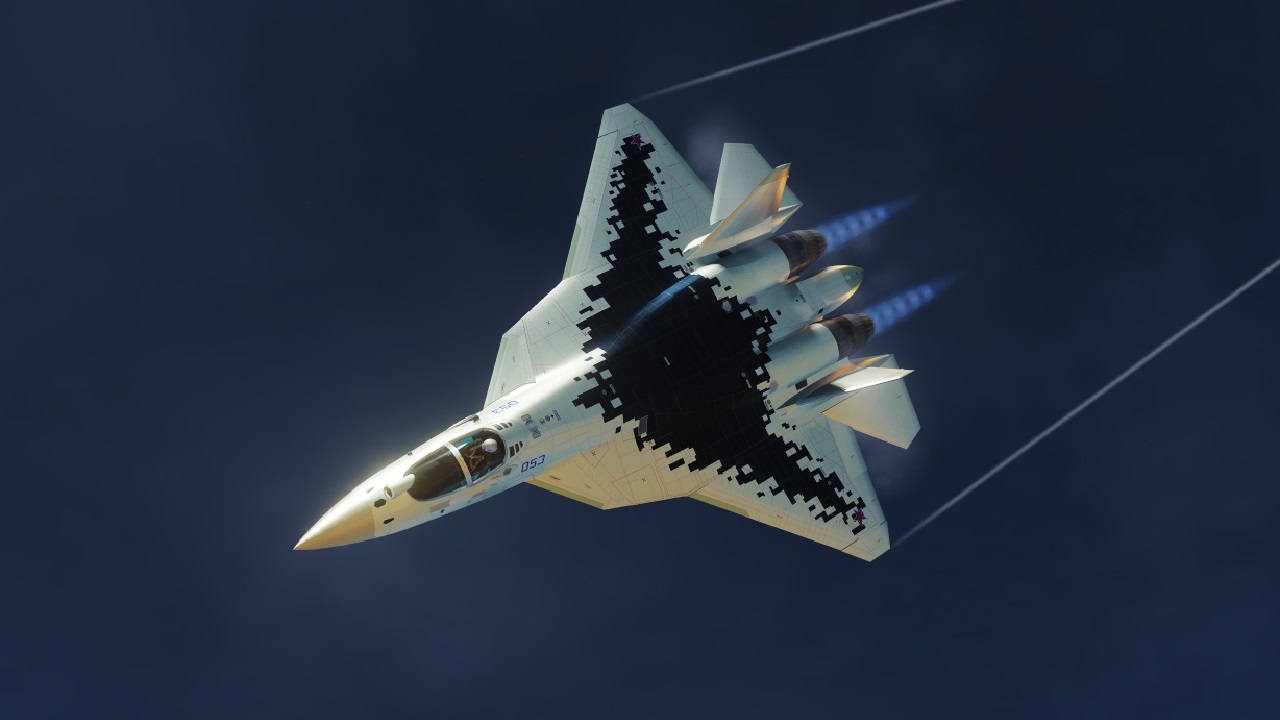 The Russian Air Force has reportedly deployed four of its fifth-generation Sukhoi Su-57 jets to Ukraine.

Citing RIA Novosti, Aviaci has reported that, “a source close to the operation reportedly said that four Su-57 fighter jets, working in a network, were used to identify and destroy Ukrainian air defense systems.”

“The Russian Aerospace Forces conducted an operation to identify and destroy Ukrainian air defense systems using a flight of four newer Su-57 multirole fighters,” the source said. “The aircraft were combined in an information network through automatic communication, data transmission, navigation, and real-time identification systems.” The source added that “combining aircraft in a single information space increases the efficiency of identifying and hitting targets.”

Reports of the Su-57 being deployed to Ukraine have been made in the past, so this new report is not significant in that respect. But the new report is the first to indicate a precise mission the Su-57s may have conducted.

“While it is true that an aircraft of the Su-57’s characteristics should prove useful for suppression of anti-aircraft defense (SEAD) missions, possessing low radar signature and modern sensors,” Aviaci reported, “only four aircraft are not enough to guarantee the nullification of Ukrainian medium and high altitude air defense capabilities.”

Regardless, the Su-57 deployment offers a valuable opportunity for Russia to test their much heralded — and much delayed — fifth-generation platform in real-time combat conditions. The deployment offers a bit of optimism for the beleaguered Su-57 program.

The aircraft’s production has been delayed several times. The new jet was supposed to make its maiden flight back in 2007, but a series of delays pushed the first-flight date back for years. At first, the Russians refused to acknowledge that their new jet had a development problem. But finally, in late 2009, the Russians admitted that problems with the engine were causing the delays.

Flying Through the Cracks

By January 2010, the problems had been sufficiently resolved, and the Su-57 made its maiden flight. Test pilot Sergey Bogdan flew the Su-57 for the first time, on a 47-minute flight. From there, the program continued to progress slowly. Initially, 10 aircraft were built, but six were ruled incapable of flying because of the airframe’s tendency to crack. Obviously, a fighter jet that cracks mid-flight is unacceptable. To address the structural deficiencies, the Su-57 was redesigned with composite materials to make the airframe stronger, as well as an elongated tail sting, and a slightly larger wingspan.

The extensive redesigns were not a panacea, and the Su-57 program continued to struggle. Initially, the Russians planned to procure 60 Su-57s. But that number has been lowered over the years, and today, decades overdue, the Russian Ministry of Defense has only procured a handful of Su-57s. Still, the Russians are moving forward — as the Su-57s appearance over the skies of Ukraine indicates.

The Su-57 was featured prominently in this year’s blockbuster hit Top Gun:Maverick. In the film, the enemy combatant used “fifth-generation” fighters that were clearly modeled after the Su-57. The jets were billed, correctly, as a dangerously capable adversary. In the film, a single F-14 Tomcat was shown successfully downing two Su-57s working in tandem, which of course seems unlikely.

Regardless, keep an eye out for the Su-57 to make another appearance in the Russo-Ukraine War.