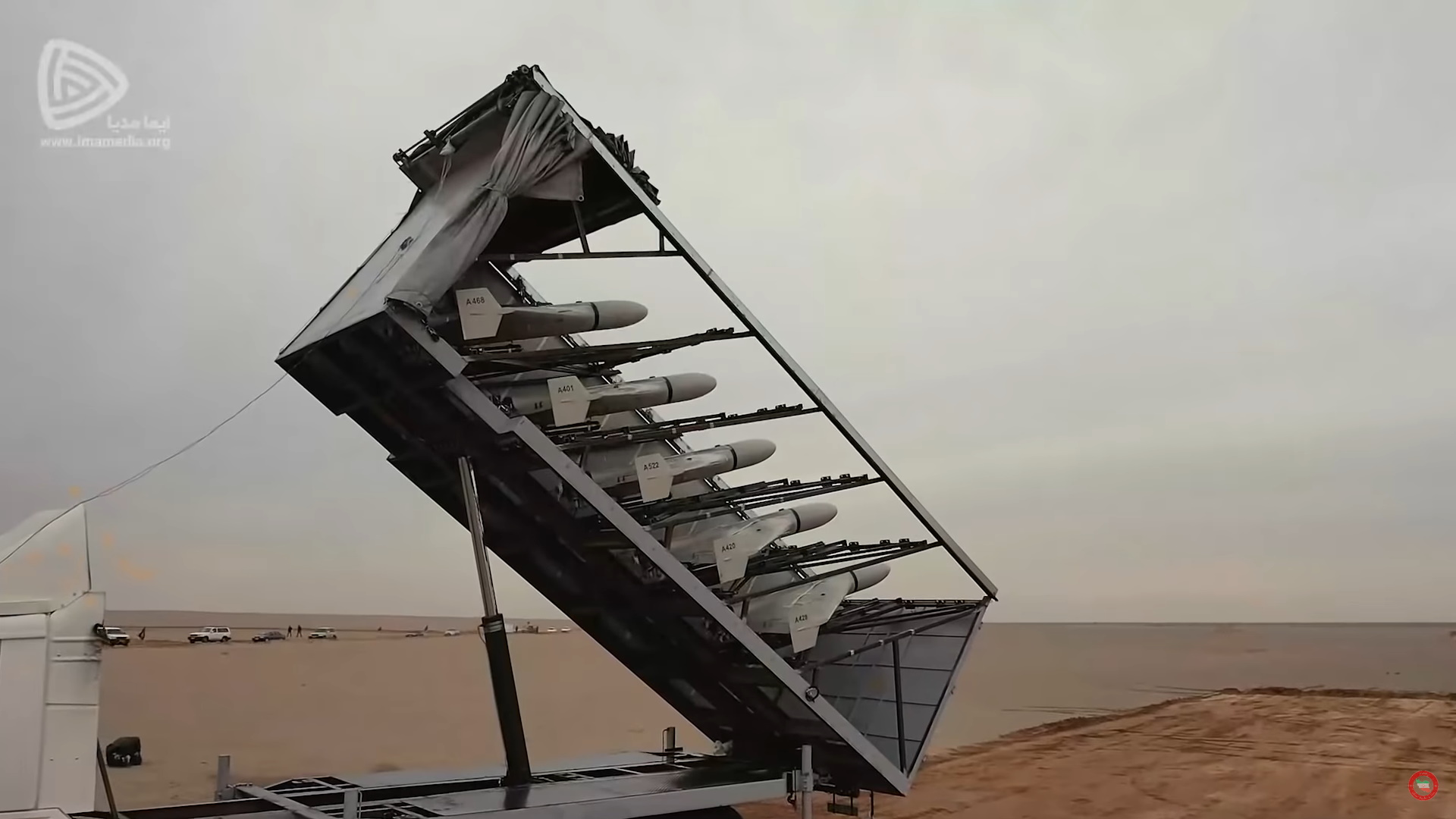 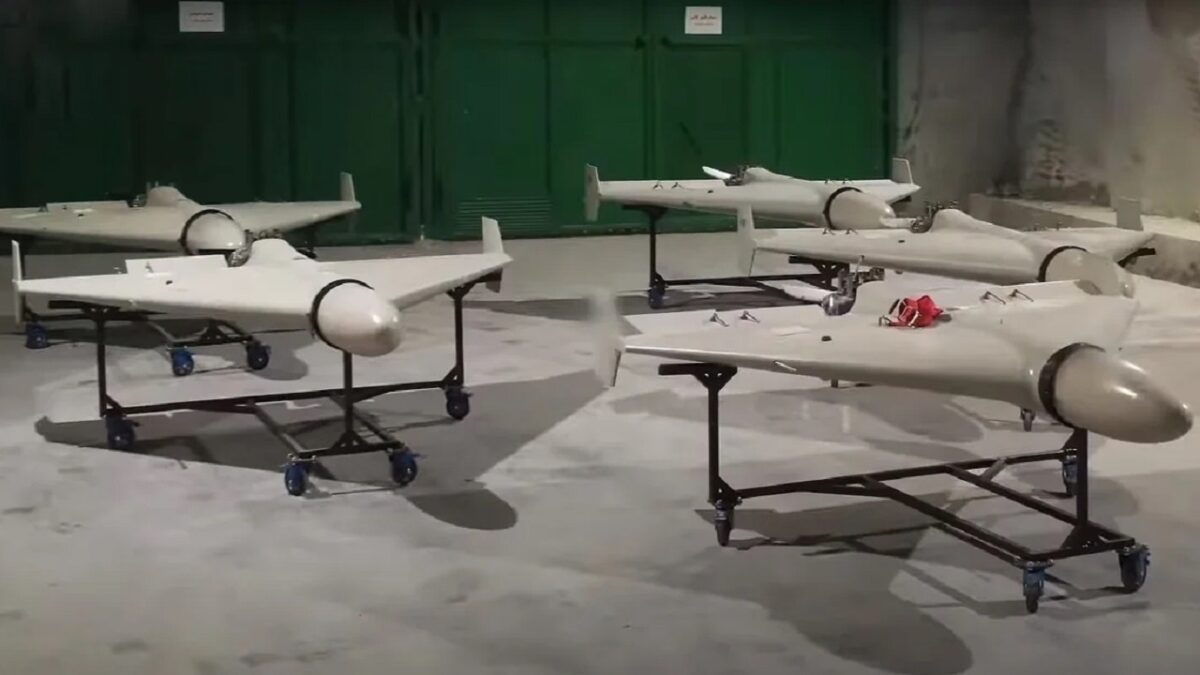 He warned that unoccupied Ukrainian cities were likely to come under more attacks in the coming weeks and months. In particular, he claimed, “Russia has ordered 2,400 Iranian Shaheds alone—according to our intelligence.”

Though Russia operates multiple types of Iranian Shahed drones, this was certainly a reference to the Shahed-136 kamikaze drone, designed to crash into distant targets and explode. In Russian military service, it is called the Geran-2. Russia has also used some Shahed-131s, a smaller, older model.

If Zelensky’s statement is accurate, it seems likely Russia hopes to use Shaheds to sustain strategic attacks on Ukrainian cities — a measure Russian ultranationalists have long been calling for.

Moscow’s reported intention to invest in more kamikaze drones is significant because the Kremlin used up the better part of its modern missile arsenal by the end of the summer, forcing it to sharply diminish the rate of attacks this fall and increasingly use outdated anti-air and anti-ship missiles for land attacks. Russia can only build new long-range missiles slowly. Each of them costs hundreds of thousands of dollars.

While the 84 missiles Russia lobbed at Ukrainian cities on Oct. 10 were shocking, the Kremlin cannot keep this up for long. Unfortunately, the Shahed-136 may cost as little as $20,000 dollars each, and according to some claims, may be manufacturable in large volumes on a daily basis.

The delta-wing Shahed-136 weighs 440 pounds and is propelled by a 50-horsepower engine turning a pusher propeller. Five can be rocket-boosted into the sky using a canvas-shrouded rack on a truck. The Iranian weapon is even more like a missile than a typical kamikaze drone, because it lacks a camera and isn’t remotely piloted, though it can be re-targeted midflight. Rather, after using a rocket booster for takeoff, it flies towards pre-designated coordinates a few hundred miles away using satellite navigation like GPS or Russia’s GLONASS.

Satellite navigation can achieve high precision, as Iran demonstrated in a propaganda video simulating an attack on an Israeli nuclear reactor, but it can be disrupted by appropriately tuned jammers. For backup, though, the Shahed can use its low-grade inertial navigation system to stay roughly on course until satellite signals are reacquired. Additionally, a captured Shahed-131 was found to incorporate foreign components designed to defeat GPS spoofing, which tricks GPS systems by transmitting the wrong coordinates.

Russia’s initial strikes with the Shahed-136 in September were aimed at battlefield targets in the Kharkiv region during a successful Ukrainian counteroffensive there. A Ukrainian commander told the Wall Street Journal the drones were effective, knocking out four artillery systems (two of them armored) and two armored personnel carriers. Some may have involved a variant with a nose-mounted heat seeker to aid interception of moving targets.

But starting Sept. 20, Russia began using its Geran-2s differently for strategic attacks on cities in southern Ukraine, particularly Odesa and Mykolaiv, on one occasion blasting a port administration building.

The Shahed-136 is far from the perfect weapon. It’s noisy, not that difficult to spot, and slow enough that it’s vulnerable to anything that can shoot at things in the sky, including small arms and rapid-firing flak cannons. After the initial surprise of their introduction, Ukraine downed dozens before they could hit their target.

Furthermore, a typical Russian Kh-101 or Kalibr cruise missile has a warhead over ten times heavier than the Shahed’s 79 pounds of explosives. And those missiles have greater resilience to GPS jamming, and therefore are more accurate under GPS-denial conditions.

The problem is that when Russia launches ten kamikaze drones, and Ukrainian defenses down 4 to 7 of them as often reportedly happens, that leaves several to slam into their targets. And if Shaheds truly do cost as little as $20,000 each, that’s far more sustainable than expending turbojet-powered cruise missiles which may cost $500,000 each, while also sustaining substantial losses to Ukrainian defenses. Indeed, the Shahed could be useful by simply absorbing Ukrainian defensive fire to allow more cruise missiles to penetrate.

Now, this quantity-over-quality logic has limitations. Just because they’re cheap doesn’t mean Russia can automatically acquire as many as it can pay for and get them as soon as it wants them. It must buy them from Iran, which poses complications. Tehran may fear the sales have become too politically sensitive, or prioritize rebuilding its own stockpiles, and so forth.

A Russian social media account associated with drone operations claims without confirmation that Russia will build Shahed-136s under license domestically. To be fair, even without permission Russia could reverse-engineer the Shahed-136 and develop its own model, just as it developed the Forepost-R drone based on IAI Searcher IIs bought from Israel.

Return of the Vengeance Weapons

If true (and such rumors should be consumed skeptically) then Russia might be able to sustain kamikaze drone attacks on Ukrainian cities, even if that bombardment wouldn’t be accurate. The aim would be to disrupt daily life and terrorize inhabitants into fleeing cities, thereby further damaging the economy and ostensibly pressuring Zelensky to become more pliable to Russian demands.

In reality, past strategic bombing campaigns, often using far more destructive means, had little success breaking civilian morale. The threat posed by the Shahed arguably echoes the V-1 ‘Buzzbombs’ launched at the UK and Belgium by Nazi Germany near the end of World War II. This pulse-jet propelled missile was faster and had a much larger warhead, but it was highly inaccurate. It could only be used to randomly rain death on population centers, particularly London.

The Nazis fired 12,000 of these so-called ‘Vengeance’ weapons, killing more than 6,000 Londoners and driving over a million from their homes. The Allies devoted considerable resources to countering V-1s and eventually became pretty efficient at it – though V-1s did create political pressure to capture Nazi-occupied territory more rapidly.

Ultimately, Hitler wasted huge resources building 30,000 revenge missiles to kill thousands of non-combatants, and all he got for it was encouraging the Allies to finish off his fascist empire faster.

Directing combat resources away from military targets to killing civilians earlier proved a strategic error in the Battle of Britain. Now, some Russian military commentators have expressed concern that the Kremlin’s dedication of drones to strategic attacks comes at expense of their far more militarily useful application of hunting Ukraine’s Western-supplied artillery, particularly HIMARS rocket systems.

If Russia seeks to use drones to sustain strategic attacks, the results may be similar.  They will kill and injure civilians, traumatize many more, and destroy homes, workplaces and occasionally infrastructure. But they won’t win battles.

Yes, Kyiv will (and should) expend resources to mitigate the threat. That could include deploying more air defense radars, rapid-firing point defense autocannons and MANPADS around population centers, though such short-range systems can’t protect everywhere. More promisingly, fast-reacting satellite-navigation jammers may severely degrade Shahed attacks, even if they still can cause damage falling off target.

Despite the expenses Kyiv will incur, Russian strategic attacks will likely have little impact on battlefield operations, where prospects look poor for Russia at present. Strategic strikes also risk alienating Moscow from the tolerant graces of India and China, and could spur more international assistance to Ukraine, particularly medium-range air defense weapons like NASAMS.

In short, sustained kamikaze drones bashing Ukrainian cities are not a winning strategy – but unfortunately, they do threaten to cause more destruction and suffering to the Ukrainian people.