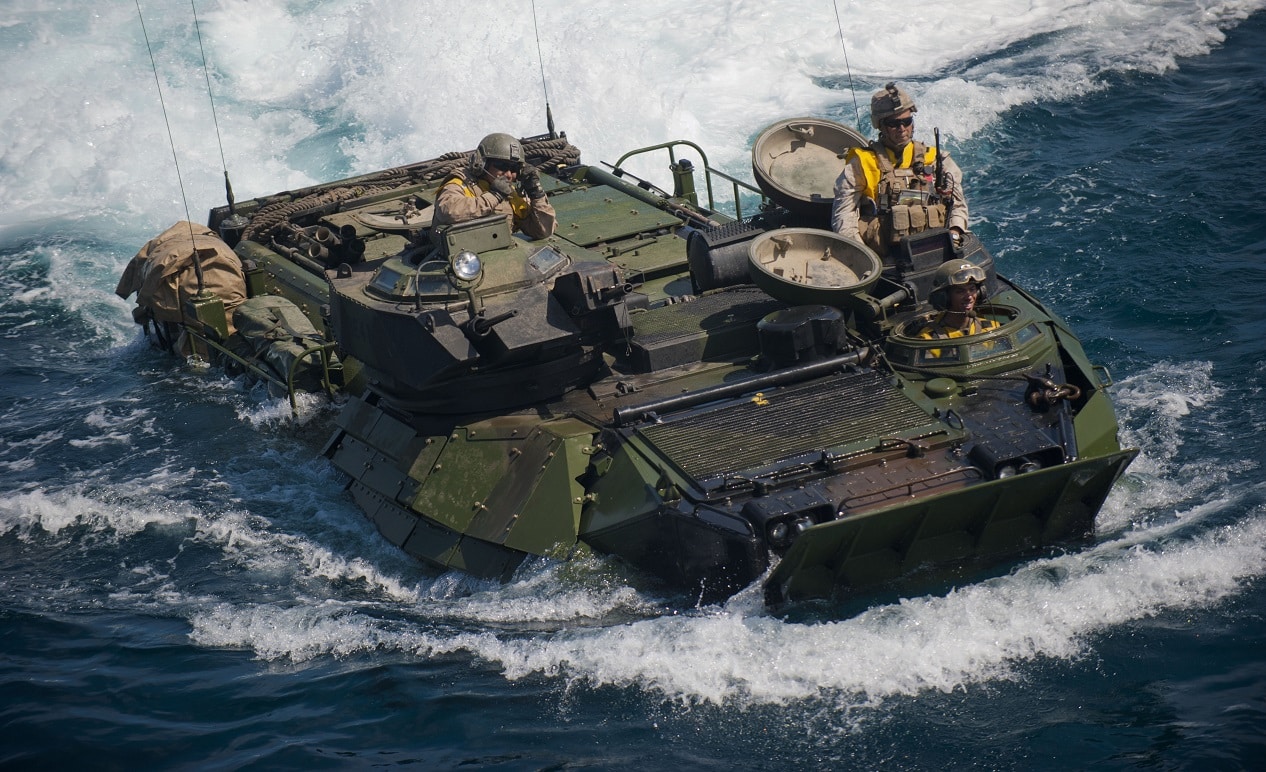 The Russia-Ukraine war should be a lesson in the dangers of hubris in defense planning. After the Cold War, it was generally concluded that the world had seen the end of large-scale protracted land warfare. As a result, many NATO members virtually disarmed, ridding themselves in particular of the heavy forces that are now central to the Ukraine conflict. Now, in the aftermath of Putin’s invasion of Ukraine, the U.S. and its allies are scrambling not only to provide necessary military assistance to Kyiv, but also bolster NATO defenses in Eastern Europe, rebuild depleted stocks and buy newer, more capable systems, and platforms.

Today, proposals to radically change the size and composition of the amphibious warfare fleet center on the operational requirements of a single scenario: a confrontation with the People’s Republic of China in the Western Pacific. In the views of many, the primary threat in that situation would come from Chinese air and missile forces that would hold at-risk fixed facilities, force concentrations, and even large platforms such as U.S. nuclear-powered aircraft carriers. To a cadre of senior decisionmakers, the value of platforms and forces was judged by a single criterion: how well they could survive a missile salvo.

To meet this challenge, the Navy and Marine Corps asserted the requirement for new operational concepts, redesigned force structures, divestiture of platforms and systems rendered vulnerable by the presence of a missile-heavy People’s Liberation Army. The Navy focused on Distributed Maritime Operations (DMO), in which widely dispersed but networked forces would conduct synchronized operations while presenting fewer targets for Chinese missiles, connecting sensors to shooters, and concentrating highly accurate fires. The Marine Corps formulated a similar concept, in which smaller mobile units would operate from within the adversary’s weapons engagement zone, employing advanced sensors and weapons to support the Navy and defeat hostile at-sea forces.

A vital element of the new vision was a restructuring of the amphibious warfare fleet. Marine Corps commandant General David Berger’s Force Design 2030 uncoupled the size of the amphib fleet from the requirement to lift two Marine Expeditionary Brigades, which translated into a minimum of 32 ships, but more realistically, something like 38. The new formulation would cap the number of large amphibs at the current level of 31 and with a new, smaller platform, the Light Amphibious Warship (LAW).

Central to the argument for a novel approach to amphibious warfare and a rebalanced amphibious fleet was the belief that in a future conflict, large amphibs, mainly if concentrating to deploy forces ashore, would be vulnerable to long-range anti-ship missiles. It was asserted that Marine units and their sea transports needed to be smaller and lighter in order to survive.

But the Marine Corps may have made the case for a rebalanced amphibious case too well. Many within the defense community extended Commandant Berger’s argument regarding primary amphibious operations to conclude that large transports were inherently too vulnerable and hence obsolete. This led some to conclude that the size of the large amphib force should be reduced from the current 31 to as few as 24.

Commandant Berger has pushed back on proposed reductions in the number of large amphibs, emphasizing a minimum fleet size of 31, along with some 35 LAWs. Similarly, Chief of Naval Operations Admiral Michael Gilday proposed in his 2022 Navigation Plan for 31 large amphibs as part of his fleet design for 2045. These would be a combination of 10 aircraft-capable LHA/LHDs, and 21 troop and equipment carriers, which would be either the older LSDs or the newer LPD Flights I and II. In recent testimony before Congress, Lieutenant General Eric Smith, Deputy Commandant of the Marine Corps for Combat Development and Integration, stressed that any proposals to reduce the number of large amphibs entailed significant risk.

However, conflicting visions within the defense department regarding the future size and composition of the fleet, and increasing budget pressures, raise doubts that the Navy will be able to achieve the goals laid out by Commandant Berger and Admiral Gilday. In fact, what is actually being proposed by the Navy in its latest budget submissions would not support the CNO’s guidance.

The Navy appears to be taking radical steps that could have the effect of gutting the large amphib force. In its FY2023 budget submission, the Navy proposes decommissioning four of the remaining aging Whidbey Island LSDs. Simultaneously, it seeks to truncate procurement of the LPD 17 Flight II, the ship class that was supposed to replace the LSDs, to three. As the remaining LSDs age out, the amphibious force would be reduced to some 26 large vessels, of which 16 would be 13 LPD Flight Is and just three Flight IIs.

In addition, the Navy and Marine Corps have yet to reach agreement on the characteristics of the future LAW or the number to be deployed. The Corps wanted a simple ship, one relying primarily on low observability for survivability and costing no more than $150 million. The Navy is reported to prefer a more robust design with a price tag that could be up to $300 million. At this higher figure, the Navy might only be able to afford some 18 LAWs. Curiously, this is the number the CNO proposed in his Navigation Plan.

Terminating LPD 17 Flight II production would have a number of negative consequences. It would undermine the ability of the Navy/Marine Corps team to serve as this nation’s premier emergency force. Even if the Navy acquires the 35 LAWs the Marine Corps wants, they are not a replacement for LPD 17s. The loss of the LPD 17 would also have a devastating impact on the shipbuilding industrial base.

The Department of Defense may be creating a “perfect storm,” a situation in which LSD decommissioning and LPD 17 Flight II production terminations, coupled with increasing costs for the LAW, could leave the Sea Services with inadequate numbers of both large and small amphibs. As a result, the amphibious fleet would not be postured to meet either its peacetime presence and crisis response missions or contribute to a high-end fight as envisioned by the Marine Corps’ new operational concept.