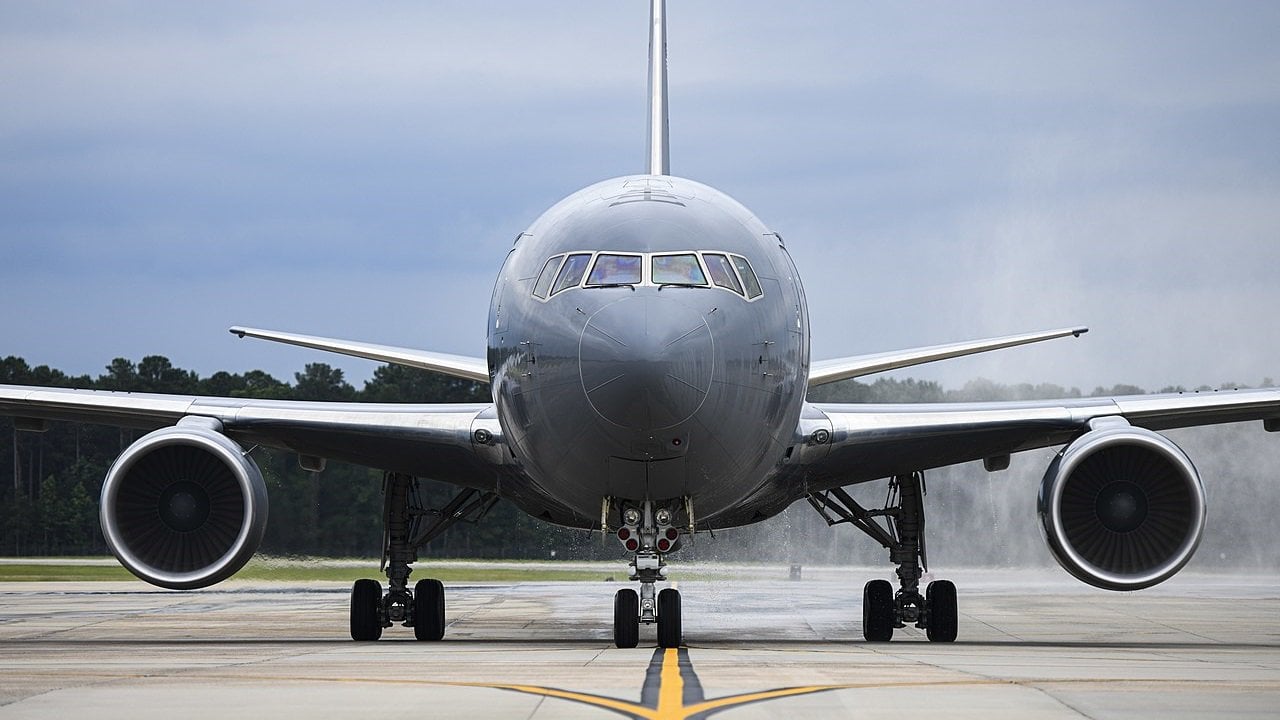 The fighters and long-range bombers of the U.S. Air Force tend to get all the glory. These aircraft fly great distances to strike military targets and come back home. However, their missions are only possible thanks to the long hauls conducted by crews in the service’s tank fleet.

This month, in a feat of air mobility endurance, a KC-46A Pegasus from the 157th Air Refueling Wing took part in a flight that would leave even the most hardened civilian frequent flier screaming in the aisles. The aircraft conducted a non-stop mission halfway around the globe and back in a point-to-point 36-hour, 16,000-mile, multi-crew flight. It was the longest such mission in the history of Air Mobility Command, the active-duty major command to which the 157th ARW is aligned.

“This extended mission is yet another example of capable Airmen taking charge and moving out to accelerate our employment of the KC-46A,” Gen. Mike Minihan, AMC commander, said via a press release. “This total force mission boldly highlights the imperative to think differently, change the way we do business, and provide options to the joint force.”

This month’s flight exceeded the previous record of 24.2 hours, which was set in May.

The Boeing KC-46A Pegasus took off from Pease Air National Guard Base, New Hampshire. on the east coast of the United States. It flew west across the country and out into the Pacific Ocean, passing over Hawaii and crossing the International Dateline to Guam before it turned around and retraced its path all the way back home to New Hampshire. The aircraft landed 36 hours to the minute after it launched.

During the record-long flight, the KC-46A delivered fuel to Air Force F-22 Raptors while flying a closed-loop pattern off the coast of Hawaii. In addition, the tanker itself needed to be refueled three times during the flight.

Two aircrews from the New Hampshire Air National Guard’s 133rd Air Refueling Squadron, along with one active-duty crew from the affiliated 64th ARS, took turns with the aircraft’s operations. While one crew flew, the others rested and took advantage of the jet’s many modern amenities.

The KC-46A is climate controlled and equipped with a kitchen, crew bunks, and a lavatory. The configurability of the cargo area even allows for the placement of airline-style seats, along with additional sleeping areas to accommodate larger crews. For this endurance mission, a palletized kitchen and lavatory were added to support the crew of 16, which included boom operators, aircraft maintainers, and a flight surgeon.

To pass the long hours while not on duty, the crew spent time reading, watching movies, preparing meals, and sleeping in cots spread throughout the cargo area.

More Than a Flying Gas Station

It is equipped with a refueling boom driven by a fly-by-wire control system and is capable of fuel offload rates required for large aircraft. Its hose and drogue system adds additional mission capability that is independently operable from the refueling boom system. 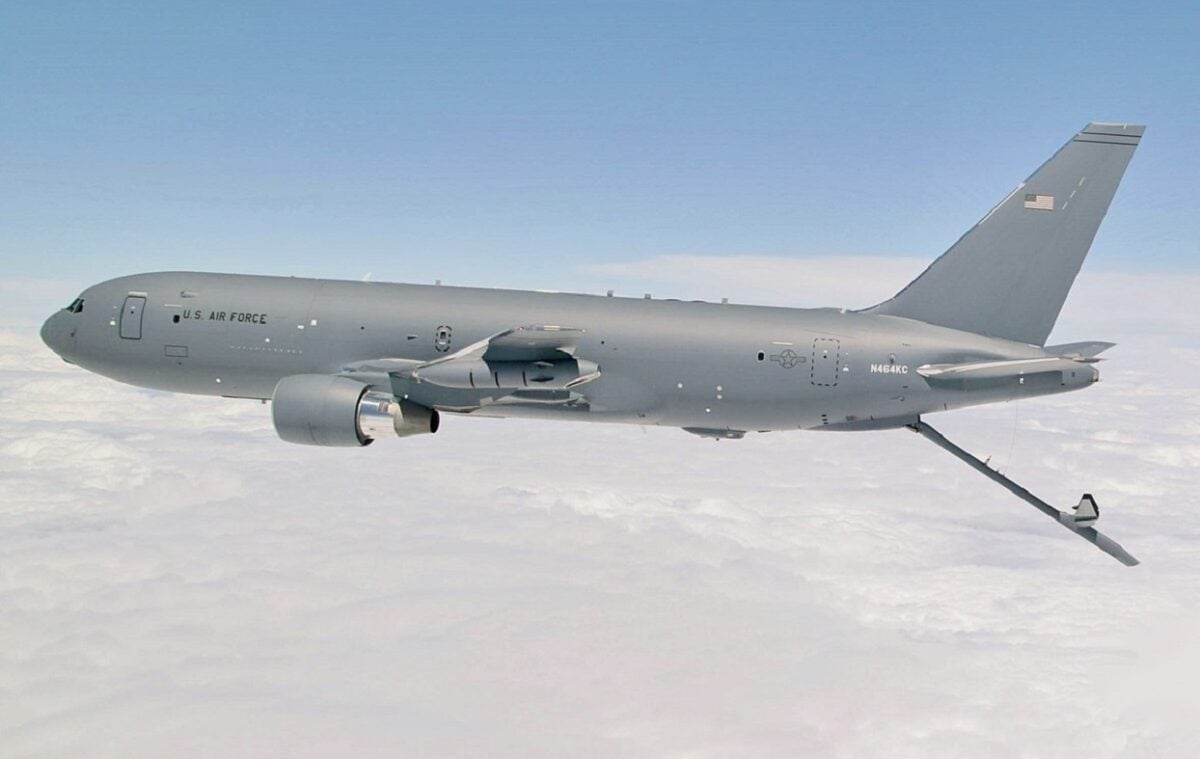 In addition, the KC-46A can accommodate a mixed load of passengers, aeromedical evacuation, and cargo capabilities. Two high-bypass turbofans power the KC-46A to takeoff at gross weights up to 415,000 pounds. Depending on fuel storage configuration, the aircraft can carry a palletized load of up to 65,000 pounds of cargo.