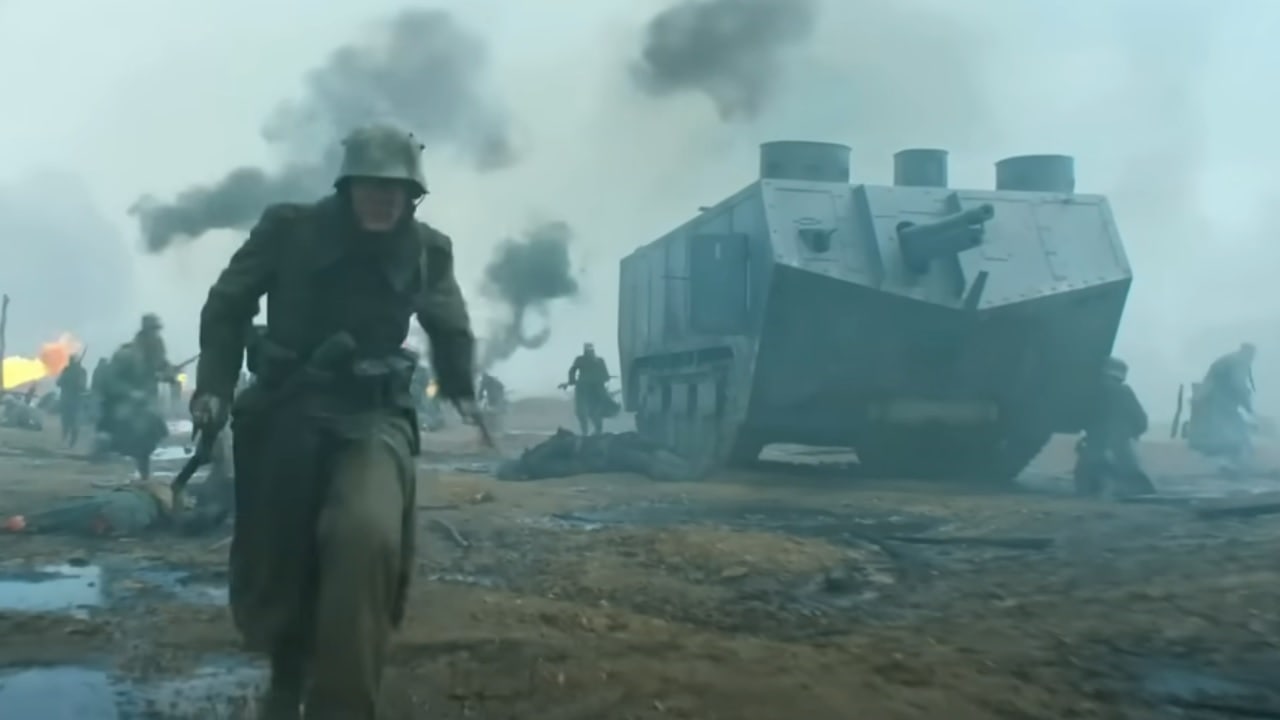 Though many World War I history buffs weren’t all that impressed by Netflix’s take on the German anti-war film All Quiet on the Western Front, even those who found fault appreciated the correct-looking uniforms, depictions of the trenches, and even the weapons. The bigger issue is that the film wasn’t faithful to the original novel by Erich Maria Remarque, and the action scenes were lacking in authenticity.

Many viewers who know the history of the First World War have been divided over the inclusion of the French Saint-Chamond assault tanks in a pivotal sequence in the middle of the film. Nowhere in Remarque’s book was there any mention of tanks, let alone the Saint Chamond. As a veteran of the actual war, it isn’t clear if Remarque ever encountered an enemy tank.

It would seem the inclusion was meant to depict the battle sequence as bigger and more intense – likely to appeal to fans of Hollywood’s CGI superhero blockbusters.

As the second tank designed by France during the First World War, it was also one of the most massive vehicles to see service.

With a crew of eight, it was armed with a 75mm main gun, along with four 8mm Hotchkiss machine guns. Some 400 of the French tanks were manufactured between April 1917 and July 1918, but their use in combat was limited – as the first Saint-Chamonds didn’t head into battle until early October 1918. As depicted in the film, (SPOILERS) they could be easily handicapped by damage to their tracks.

All Quiet on the Western Front currently has a 92% rating on the review site Rottomatoes.com, and action movie fans likely enjoyed the scenes where a number of massive metal behemoths rolled into action – the rumbling from the engines so loud it literally shook the ground.

It is an impressive scene, to say the least, and was the first (and only time) the Saint Chamond tanks have been depicted in a film. Though just a single example survives today, some video gamers may know the tank for its depiction in such titles as Battlefield 1 and World of Tanks.

The scene has all the realism of a video game, and certainly wasn’t an accurate depiction of how the tank assaults were actually conducted. By the time of the scene in question – early November 1918 – the Allies better understood that tanks couldn’t simply charge ahead of infantry unsupported. Nor would tanks cross over the trenches leaving enemy troops in their rear.

Moreover, the film actually gives too much credit to how feared the tanks were at that stage in the war – as the first British tanks were used during the Battle of the Somme more than two years earlier.

“While the invention and deployment of tanks may not have single-handedly changed the outcome of WWI, they were certainly emblematic of the technological revolution that occurred during the war,” explained John Adams-Graf, editor of History in Motion, the publication of the Military Vehicle Preservation Society (MVPS).

“Developed as a means to break the stalemate of trench warfare, the tanks’ presence on the battlefield had major impacts on morale of both the attackers and the defenders,” Adams-Graf told 19FortyFive. “More importantly, however, was leadership’s discovery of how to employ tanks as part of a ‘combined team’ with infantry – a tactic that has remained a mainstay of military strategy to this day.”

It is just a pity that the film didn’t get that detail correct.

In this article:All Quiet on the Western Front, Netflix, Saint-Chamond, Tanks, World War I