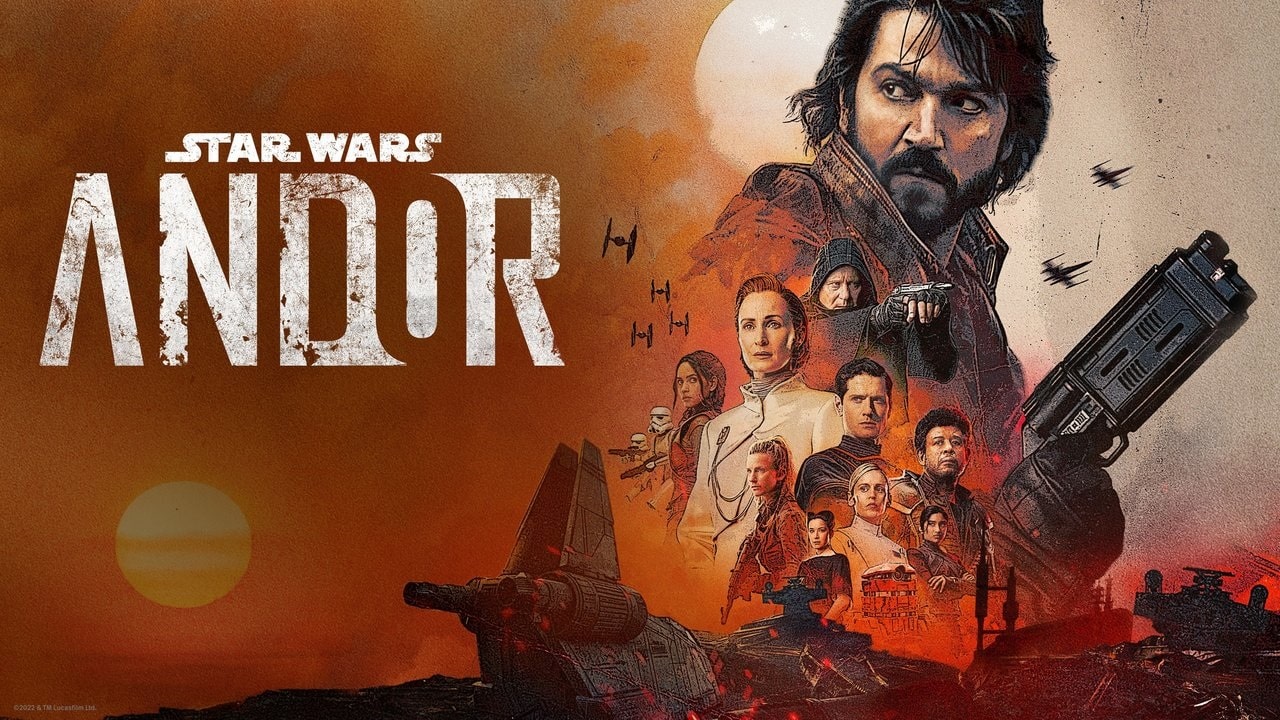 With the new Disney+ series Andor, somebody decided to make Battle of Algiers, But in Space. Against all odds, it works.

The Star Wars saga has a history of borrowing liberally from foreign and English language films. George Lucas famously borrowed scenes and concepts from Japanese and German media such as Akira Kurosawa’s Hidden Fortress and Leni Riefenstahl’s Triumph of the Will in the original trilogy. Conceptually, the saga is very nearly a meta-commentary on the synthesis of Western and Eastern forms of drama, undergirded by the “Force,” an in-universe mcguffin that carries the story along while ensuring dramatic tension along the way.

Within this saga Andor is an odd kind of animal. There are no Jedi, no Sith, and relatively few cute CGI aliens. There is as of yet no Rebel Alliance, the organization which sets the saga in motion by destroying the Death Star, a terrifying representation of imperial power.

But there are rebels, and those rebels need to do things such as steal an Imperial payroll, sacrifice an entire squadron of fighters, and engage in a series of shady financial ventures in order to hold itself together.

The series leans into the anti-colonial, anti-imperial foundations of the saga, tracking the development of a budding insurgency, including a central character who initially has no interest in participating in a rebellion.

It is, in short, the Battle of Algiers, But in Space.

Battle of Algiers, a 1966 film by Italian director Gillo Pontecorvo, depicted the struggle between Algerians rebels and French municipal authorities between 1954 and 1957. The film describes both sides of the battle, giving voice to Algerian rebels and to the French soldiers and bureaucrats fighting to keep Algeria part of France.

Violence spirals upwards, with French government forces responding to shootings and bombings with ever more vicious repressions, including systematic torture. Most of the main Algerians characters are killed, but the resistance awakens nationalist feelings that eventually force the French to abandon the country.

Re-creating the Battle of Algiers within the Star Wars universe is… an ambitious effort.

For one, British and American actors have historical dominated the Star Wars universe, with the former generally playing the Imperial role and the latter the Rebel role. The casting of Diego Luna, one of very few human characters in Star Wars to speak English without either a British or American accent, is hardly accidental to the thrust of the series. Luna’s accent marks him as part of the colonial other, a rather different perspective on rebellion than the aristocrats who typically represent the leadership of the Rebel Alliance. Indeed, the contrast between Luna’s Cassian Andor and the American-accented flyboy Han Solo is glaring; Andor feels like his survival is at stake, while Solo is in the game for the money and the adventure.

Much like the Battle of Algiers, the structure of Andor is built around a set of spirals of violence. Andor is hassled by cops, to which he responds by killing them. A manhunt results in a series of home invasions that drive unrest. Andor finds himself in the middle of a successful heist, which results in a wave of repression that accidentally sends him to prison, where brutality results in a revolt. The final episode begins with the careful construction of an improvised explosive device, a scene that Pontecorvo would have no troubling understanding, and that in fact echoes several similar scenes in Battle of Algiers.

Like Pontecorvo, Andor showrunner and writer Tony Gilroy recognizes that that machinery of death can be starkly beautiful. The terrifying attractiveness of Colonel Mathieu, commander of the French paratroopers dispatched to bring order to Algiers, has long been represented in Star Wars by Darth Vader and of course by the Death Star. Star Wars has always fetishized the fascist aesthetic of the Empire, much as Pontecorvo was fully aware of the visual power of paratroopers marching through a city in good order.

But the entire point of Star Wars is that even the most frightening and cruel machineries of death are themselves vulnerable. The depiction of the functional life of Imperial oppression has the uncanny ring of truth, especially with respect to the security service. The Imperial security bureaucracy is inhabited by a collection of fools, dedicated public servants, indifferent yet competent bureaucrats, and zealous defenders of the ideology of Empire. In a scene familiar to anyone who has worked in an administrative bureaucracy, upon learning that a rebel contingent was massacred with no survivors, an intelligence community officer announced that she would have liked to had a “voice in the room” in favor of torturous interrogation.

Like Pontecorvo, Gilroy recognizes that the rebels also have internal struggles. Andor himself has little interest in the Rebellion (as opposed to rebellion) until he is personally affected by Imperial violence. The Rebel Alliance does not exist as of yet in Andor’s timeline, but a disparate group of resistance figure struggle against the Empire in their own way.

Chief among these is Luthen Rael, a financier and organizer played by Stellan Skarsgaard, who underlines the moral queasiness of a campaign to violently overthrow the government. The political component of what will become the Rebellion is offered by Genevieve O’Reilly’s Mon Mothma, although unlike her Battle of Algiers counterpart she manages to survive the series and see the end of the Empire.

Much like the Battle of Algiers, the story of Cassian Andor ends with most of the central figures dying in the struggle. Andor is a prequel to Rogue One, the 2015 film that described the operation to seize the technical plans of the Death Star and pass them on to the Rebel Alliance. Cassian dies during the Battle of Scarif, and there is good reason to expect that many of the main characters of Andor will not survive the second season, as few have appeared in the extensive canonical materials that cover the Galactic Civil War.

Altogether, Andor represents an extraordinarily ambitious effort to take the Star Wars saga in a new direction, one that echoes some of the most significant cinema ever made.

Note: This piece has been updated to fix a naming mistake.