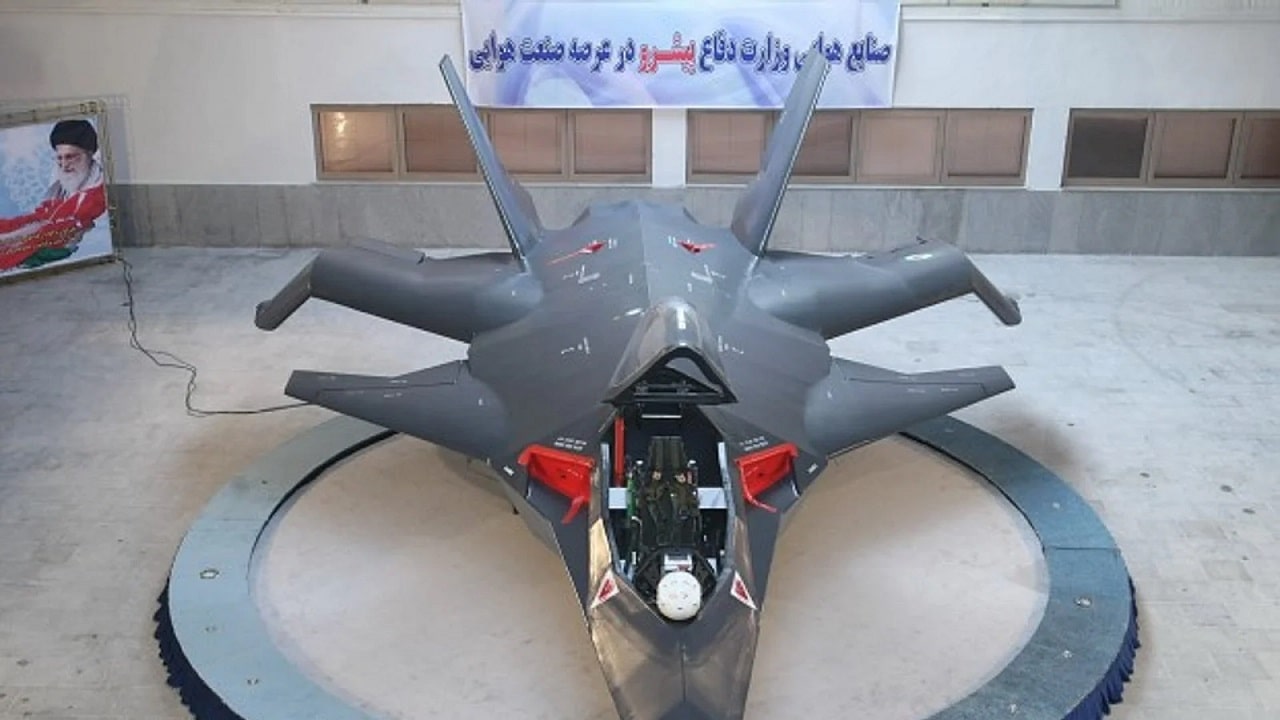 Roughly a decade ago, Iran tried to show off to the world that it had built some sort of stealth fighter named the F-313. After the public reveal, the plane was considered a very strange airplane for many different reasons, with some thinking it was not even real or could fly. Here is what one expert explained:

Nine years ago, Iran unveiled its prototype for what it claimed would be the nation’s first home-grown stealth fighter — the F-313 Qaher, or Conquerer.

Had this single-seat, multi-role 5th-generation fighter actually manifested as the Iranian government claimed it would, it would probably be duking it out with the likes of China’s J-20 and Russia’s Su-57 in the minds of aviation fans around the world for the relative honor of third place, behind America’s more advanced stealth entries… But instead, this elusive stealth fighter has the distinction of being categorized with jets like Russia’s Su-75 Checkmate: Claimed 5th-gen jets with futures as questionable as their low-observable chops.

Although there’s some online debate about what nation Maverick was actually flying against in last year’s blockbuster Top Gun: Maverick, the truth is, the fictional nation the movie takes place in has always been Iran. That’s why the bad guys had an armed and flight-ready F-14 Tomcat seemingly just waiting to be stolen — after all, Iran is the only nation on the planet with any operational Tomcats in service. But because Iran doesn’t have any truly capable modern fighters to speak of, the movie gives them a fleet of Russian Su-57s (despite Russia itself not having enough stealth fighters to fill a single squadron).

But instead of Russia’s Su-57s, Iran’s airborne boogeyman could have been flying F-313 Qahers instead… If only this aspirational fighter had lived up to Iran’s claims.

“The advanced aircraft with an advanced appearance has a very small radar cross section and is capable of operating and flying in low-altitude,” Iranian defense minister General Ahmad Vahidi told the official FARS state news agency in 2013.

According to statements made by Iranian officials in 2013, the F-313 Qaher would boast advanced stealth, borne largely out of its radar-wicking design and internal weapons bay, which was supposed to carry either a pair of 2,000-pound bombs or as many as six domestically-produced air-to-air missiles — either based on the Soviet R-27s or the Chinese PL-12s.

“The fighter jet is Iranian made and all its parts, from A to Z, have been manufactured domestically,” Hassan Parvaneh, project manager for the Qaher 313, told Iranian state television at the time.

To be clear, Western reporting at the time of the F-313’s unveiling was immediately (and rightfully) suspicious… if not outright critical of Iran’s claims. However, as remains the case today, the internet is a big place, and you can always find pockets of it that are eager to buy whatever nonsense you may be selling.

As such, with the benefit of hindsight, it can be downright entertaining to read the claims some outlets made about Iran’s new stealth fighter, often attributed to “experts” or “observers” at the aircraft’s unveiling. If this sounds familiar to you, it may be because Russia recently followed suit in its high-profile unveiling of the Su-75 Checkmate — which, much like the Iranian jet, has yet to manifest as anything more than a conceptual design and handful of mockups.

One contemporary story published by Times Aerospace, a subsidiary of the Bahrain-based aviation services company MENA Aerospace Enterprises, provides a handy numbered list of these claims, which the author (despite going unnamed) seems to take entirely at face value.

According to these non-attributed claims, Iran’s stealth fighter leverages indirect air inlet duct angles to minimize the radar signature produced by the aircraft’s inlets (a common facet of stealth designs), as well as inlets meant to mix the exhaust of its jet engine with cold air to reduce its infrared signature. Radar-absorbing materials leveraged in the body’s construction further minimize detectability, according to the claims.

The F-313’s unusual wing shape, which appears to be a design sourced from combining the 1950’s-era MiG-17 with both Boeing’s Bird of Prey and McDonnel Douglas’ X-36, is described as “a perfect example of indigenous design for aircraft, which gives a side profile like M, and similar to a W profile, is the best form to use in modern aircraft.”

The truth is, unveiling the Qaher 313 was more a publicity stunt than a demonstration of technical capability.

“The cockpit seems to be too small, to such an extent a normal pilot doesn’t properly fit in the ejection seat,” argued aviation journalist David Cenciotti in 2013. “Have you ever seen a pilot with his knees above the side borders of the cockpit and his helmet well beyond the ejection seat’s head pad?” 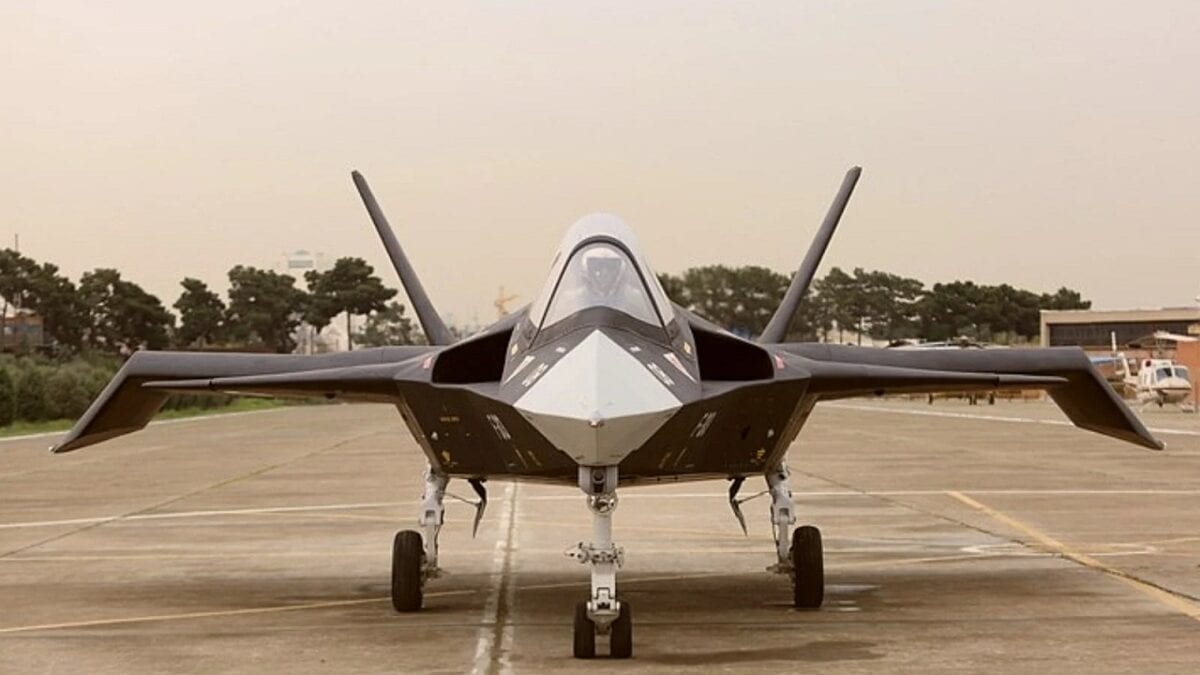 Of course, from our vantage point today, nearly a decade since Iran unveiled its first stealth fighter, we know that nothing actually came of this program. Despite the F-313 making one more appearance in 2017, this aircraft never actually went into production, and likely couldn’t have flown if it did.

In 2018, Iran moved on to making claims about fielding a different indigenous fighter… This time, rather than pretending they could field an advanced 21st-century jet, they went back. As a result, Iran’s new HESA Kowsar is very evidently just a copy of the Northrop F-5 that once served as a stand-in for the dreaded (and fictional) MiG-28 in the original Top Gun.

Considering the first F-5A took flight in 1959, this served as a pretty big step backward in claimed capability… but to date, even this notably dated copy has yet to go into production either.