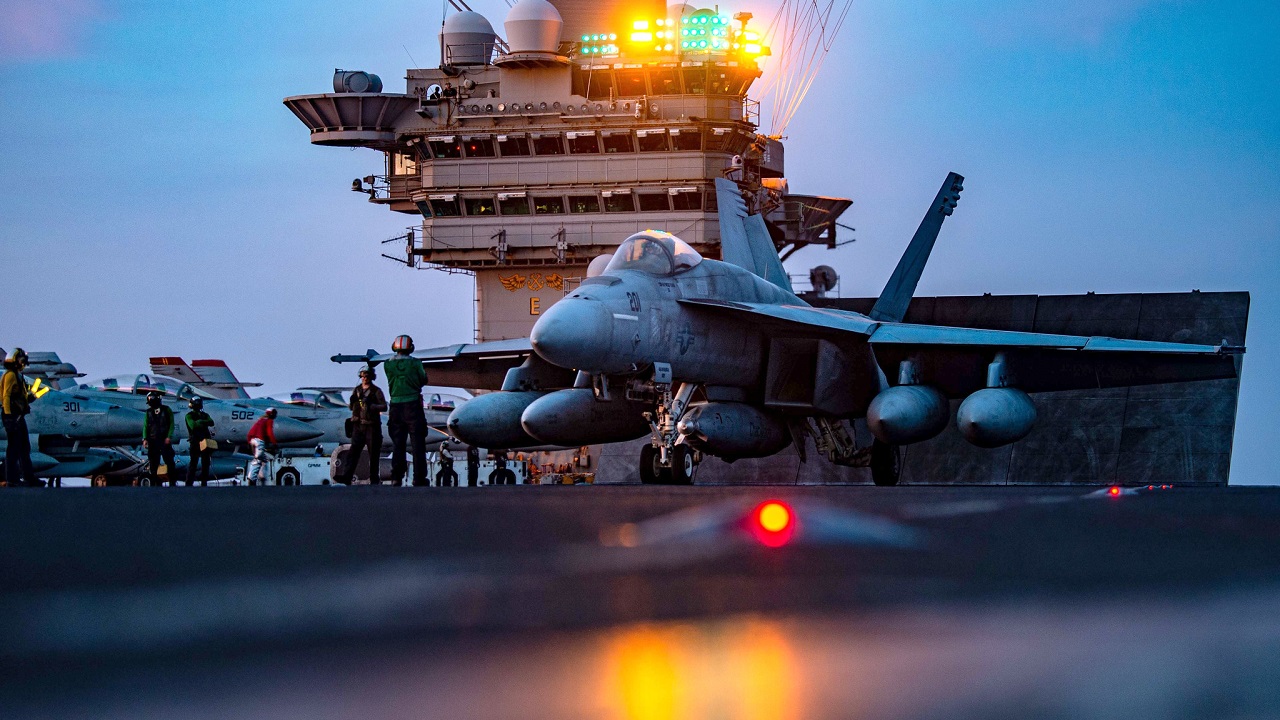 The latest entry in the U.S. Naval Institute’s Maritime Counterinsurgency Project, titled “Winning without Gunsmoke in the South China Sea,” comes from Wendell Leimbach and Eric Duckworth of the Joint Intermediate Force Capabilities Office, a directorate overseen by the U.S. Marine Corps commandant. The office is doing crucial work. Gaming and analysis have revealed that the United States and its allies and partners have no palatable way to defeat China’s “gray-zone” strategy in the China seas.

They can either stand idle, and let China make good its claim to state ownership of the South China Sea in defiance of the law of the sea. Or they can open fire, and bear the blame for aggression. Friends of maritime law need some recourse short of blazing away with guns or missiles. Hence the search for “intermediate force capabilities” between passive acquiescence and hot war.

Leimbach and Duckworth report on a seemingly minor yet essential shift in the lingo U.S. military folk apply to gray-zone operations. Until fairly recently, efforts to find ways to operate effectively in this murky realm went under the guise of “nonlethal weapons.” But a weapon is an implement—not a capability. The Pentagon defines a capability as “the ability to complete a task or execute a course of action under specified conditions and level of performance.” In other words, it’s the ability to do something or another.

Shifting the focus from widgets to tactics, operations, and strategy was a wise move.

In this case, the necessary capability is the ability to meet and deflate China’s abuses of Southeast Asian fishermen, coast guards, and navies without resort to violent force. China’s fishing fleet, maritime militia, and coast guard routinely prevent Southeast Asian neighbors from harvesting natural resources from their “exclusive economic zones” (EEZs). An exclusive economic zone is an offshore preserve, generally reaching 200 nautical miles out to sea, that’s guaranteed to a coastal state for its sole use.

China deploys ships to neighbors’ EEZs to deprive fellow Asians of their rights under international law. And yet it gets away with lawlessness by using nonmilitary sea services to anchor its claims. That doesn’t mean China refrains from using force in regional quarrels. Chinese mariners use force all the time, but they refrain from the overt use of armed force. From gunfire, in other words. Fishing craft flood the zone in large numbers, for instance, defying efforts to police regional waters. The China Coast Guard outnumbers and outmuscles Southeast Asian coast guards and even navies—opening up sweeping operational vistas before Beijing.

Once deployed, intermediate force capabilities will give the United States and its regional parties the ability to escalate a confrontation while remaining beneath the threshold of open warfare. They can match China’s gray-zone capabilities with their own. In effect, they can dare China to pull the trigger first—and expose itself for the predator it is—or they can induce Xi & Co. to deescalate to noncoercive nautical diplomacy.

Now, weapons and sensors remain indispensable tools of the trade despite the shift in parlance from weaponry to capability. The coauthors list such novel and sometimes madcap technologies as “synthetic slime” that clings to small-boat propellers and expands to hinder propulsion; microwave directed-energy systems that impede electronics or shut down a vessel’s engines; and dazzling lasers that cast a glare that obscures eyesight or interferes with optics.

Such innovations are all to the good, but someone does have to be on the scene of gray-zone competition to wield them. The finest capability in the world makes no difference unless you use it. U.S. political and military magnates must make the conscious strategic choice to compete with China in the gray zone. That means mounting a standing presence in the South China Sea in the form of U.S. Navy, Marine, and Coast Guard seafarers, ships, and planes. In other words, it means setting aside the past practice of showing up once in a while and then steaming away. That practice cedes the contested ground to China, which is always there.

James Holmes is J. C. Wylie Chair of Maritime Strategy at the Naval War College and a Nonresident Fellow at the University of Georgia School of Public and International Affairs. The views voiced here are his alone.