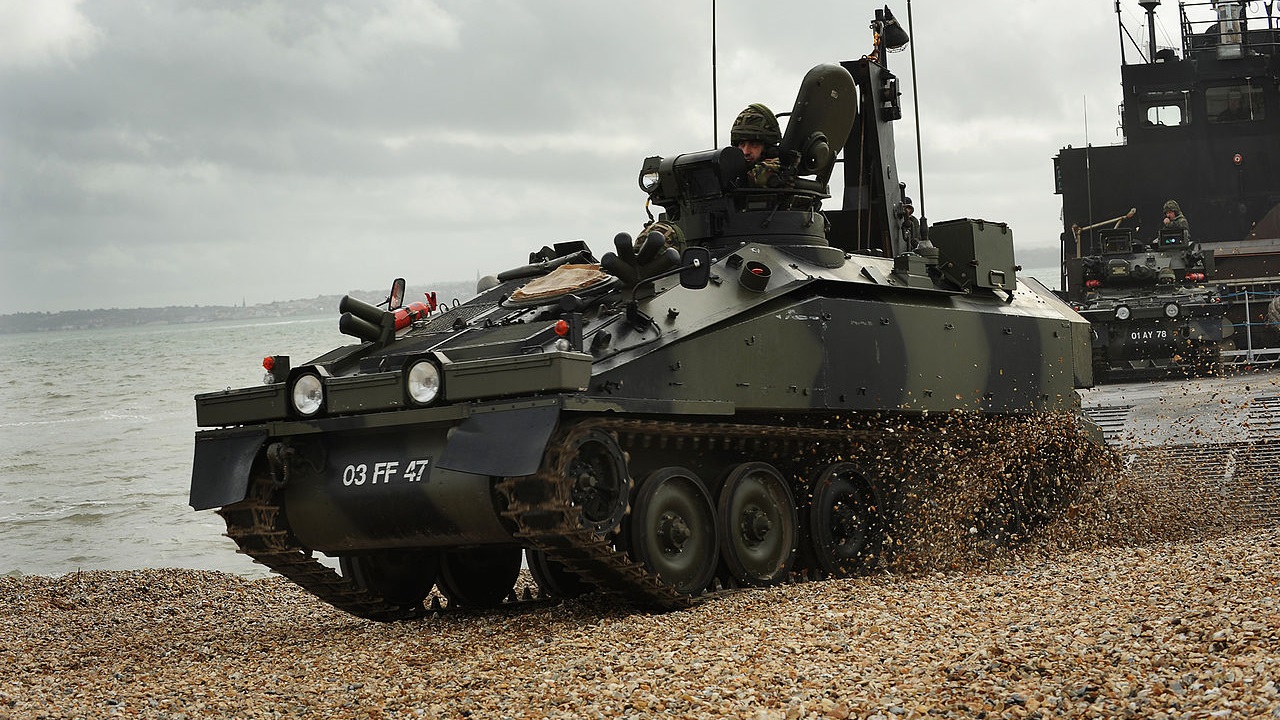 The Serhiy Prytula charity foundation launched the move to buy the FV103 Spartan APCs from the UK on Wednesday to help provide Ukraine with much-needed vehicles ahead of harsh winter conditions.

The donors ranged from private individuals to big Ukrainian corporations and smaller firms.

The hardly used vehicles until recently belonged to the British army and are currently stored in secret warehouses across the UK. They are said to have driven fewer than 10,000 miles, The Guardian reported.

“The base is tracked, and due to that fact, it can move around in bad weather conditions because we have rain almost every day right now during the autumn season. It’s going to start snowing soon, and the Spartans will be very good on the front line in the south of the country and especially in Donbas, where the heaviest fighting is going on right now,” Maksym Kostetsky, the transport-direction coordinator at the Prytula Foundation, told The Guardian.

Serhiy Prytula, the founder of the charity and a popular Ukrainian TV presenter, visited the UK to check on the vehicles before beginning the crowdfunding.

The British government previously donated 35 FV103 Spartans to Ukraine and they proved to be highly successful on the battlefield, The Guardian reported.

“We are the first organization that is going to actually procure them, not as a state, as a country, but as an NGO who would give them to the ministry of defense of Ukraine,” Kostetsky told The Guardian.

Since Russia began its invasion of Ukraine in February, a trend has emerged of citizens and corporations fundraising to help Ukraine’s war effort. One unique example was an OnlyFans-inspired group that sold nudes that raised hundreds of thousands of dollars.

They helped secure $16 million to purchase three Bayraktar TB2 unmanned-combat aerial vehicles from Turkey, which have been effective for Ukraine on the battlefield.

Maria Pysarenko, the media manager at the Prytula Foundation, said they could often tap into public sentiments to raise money for the war effort, The Guardian reported.

For example, the foundation channeled anger over Elon Musk’s tweets about his ideas on how to end the war.

“We decided, ‘OK, people are so angry, and we can convert this anger into something helpful,'” Pysarenko told the paper. “And we announced a fundraiser to buy a history textbook for Musk on Twitter. And you know, in an hour, we had 1 million Ukrainian hryvnias donated to our accounts, and we’re like, ‘OK, so we have enough money, literally, to buy textbooks but also to buy a supply of radio stations for one unit.'”

While some campaigns can be reactive, others can be long and complicated to plan, she said.

Another source of fundraising from Ukraine has been its United24 platform launched by the President of Ukraine, Volodymyr Zelenskyy, which collects charitable donations for Ukraine.

Mark Hamill, best known for his role as Luke Skywalker in the “Star Wars” film series, is a celebrity ambassador for the United24 initiative. He has helped send at least 500 drones to support the Ukrainian war effort, he told Bloomberg during an interview.