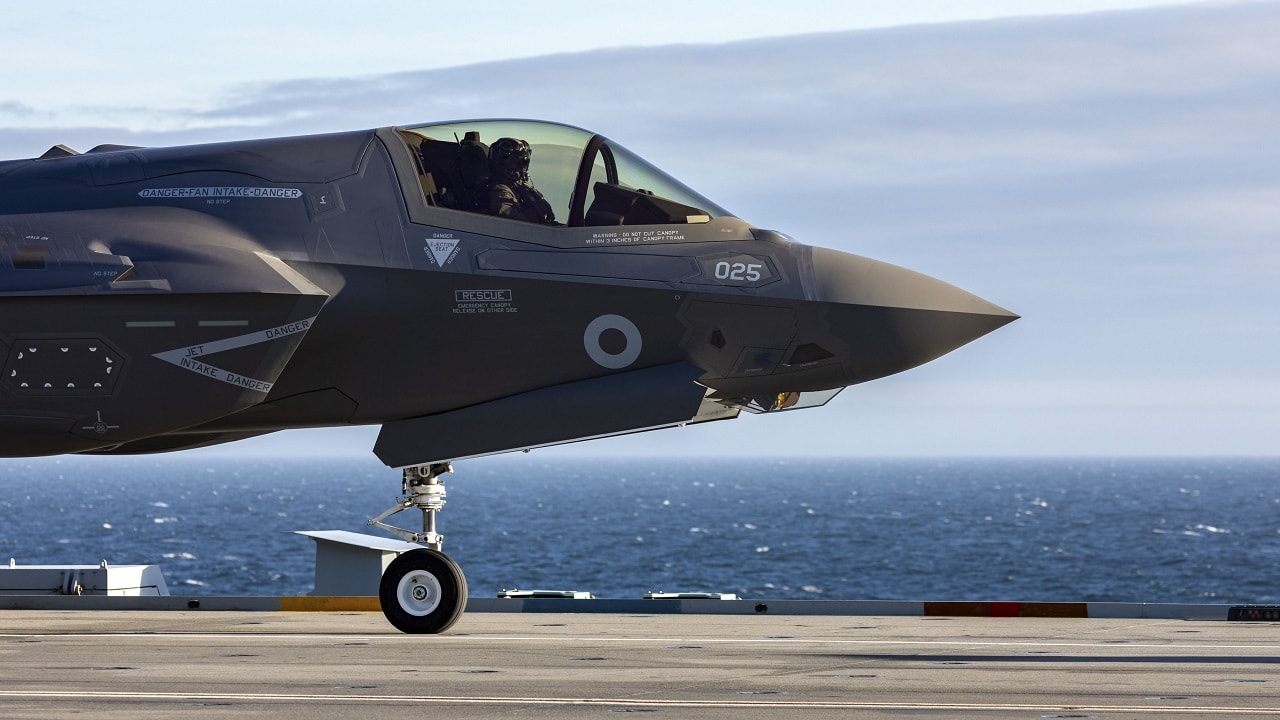 Tale of Two Royal Navy Carriers: The UK’s Royal Navy “officially” has two aircraft carriers in its fleet – yet in practice, only one is actually in service. That is rather an embarrassing turn of affairs, as the HMS Prince of Wales is also officially the NATO flagship. When it can resume those duties is apparently anyone’s guess.

The timeline and estimated repair cost to the disabled flattop have yet to be established. The carrier even had to be towed to drydock at Rosyth in Scotland for repairs, which are now underway. The carrier suffered damage to her propeller shaft near the Isle of Wight earlier this year while preparing to cross the Atlantic to take part in a naval security conference with the United States. As a result, the HMS Queen Elizabeth had to take part instead.

The full complement of crew – 750 sailors – have remained with the ship, and continue their training for renewed operations, as well as supporting the ongoing maintenance efforts in Rosyth.

“While our plans to push the boundaries of the UK’s carrier innovation are temporarily on hold, I am immensely proud of the ship’s company, who have risen to the challenge of preparing for repairs while facing the short-term disappointment of a postponed deployment,” HMS Prince of Wales commanding officer, Captain Richard Hewitt said in a statement. “Now that the initial engineering challenges have been overcome to allow us to sail, we will transit to Rosyth where we will continue to work hard with our industry partners in the dockyard to ensure the shaft is repaired as quickly as possible and return HMS Prince of Wales to the front line to continue her operations.”

Her autumn program, which was to include operating with the Lockheed Martin F-35B Lighting II, MV-22 Osprey tiltrotor aircraft, and a variety of drones off the Eastern Seaboard of the United States, has been rescheduled for next year.

It has hardly been smooth sailing for HMS Prince of Wales, which has spent fewer than 90 days at sea since it entered service last year. She previously suffered flooding in the engine room at the end of 2020, which damaged the ship’s electronics, while the ship has also suffered leaks twice in just five months.

As the Prince of Wales remains in drydock, HMS Queen Elizabeth has not only taken up the slack for the Royal Navy but is proving as determined as her namesake. The Royal Navy’s flagship had recently returned from the United States, where she hosted the aforementioned high-profile security conference in New York Harbor.

Last week, a complement of F-35Bs embarked onboard the carrier ahead of her next deployment, which will see the vessel sailing to Northern European waters. Images of the fifth-generation stealth aircraft being embarked have been shared on social media.

HMS Queen Elizabeth will lead a powerful Carrier Strike Group (CSG) of warships, helicopters, and F35B stealth jets on Operation Achillean. The CSG will work closely with NATO and Joint Expeditionary Force (JEF) allies – a coalition of ten like-minded nations, which are dedicated to maintaining the security of northern Europe – as the UK underscores its commitment to safeguarding European security. The carrier will be at the center of the CSG, while F-35B Lightning jets from 617 Squadron will carry out flying operations. In addition, helicopters from 820, 845, 815 and 825 Naval Air Squadrons will be undertaking sorties from a bustling flight deck.

“We wish HMS Queen Elizabeth and all the Carrier Strike Group the best of luck on their upcoming deployment,” said Commodore John Voyce, Portsmouth’s Naval Base Commander. “All at Portsmouth’s Naval Base are proud to support the Royal Navy’s flagship and prepare her for Operation Achillean. We look forward to welcoming her home when it is complete.”