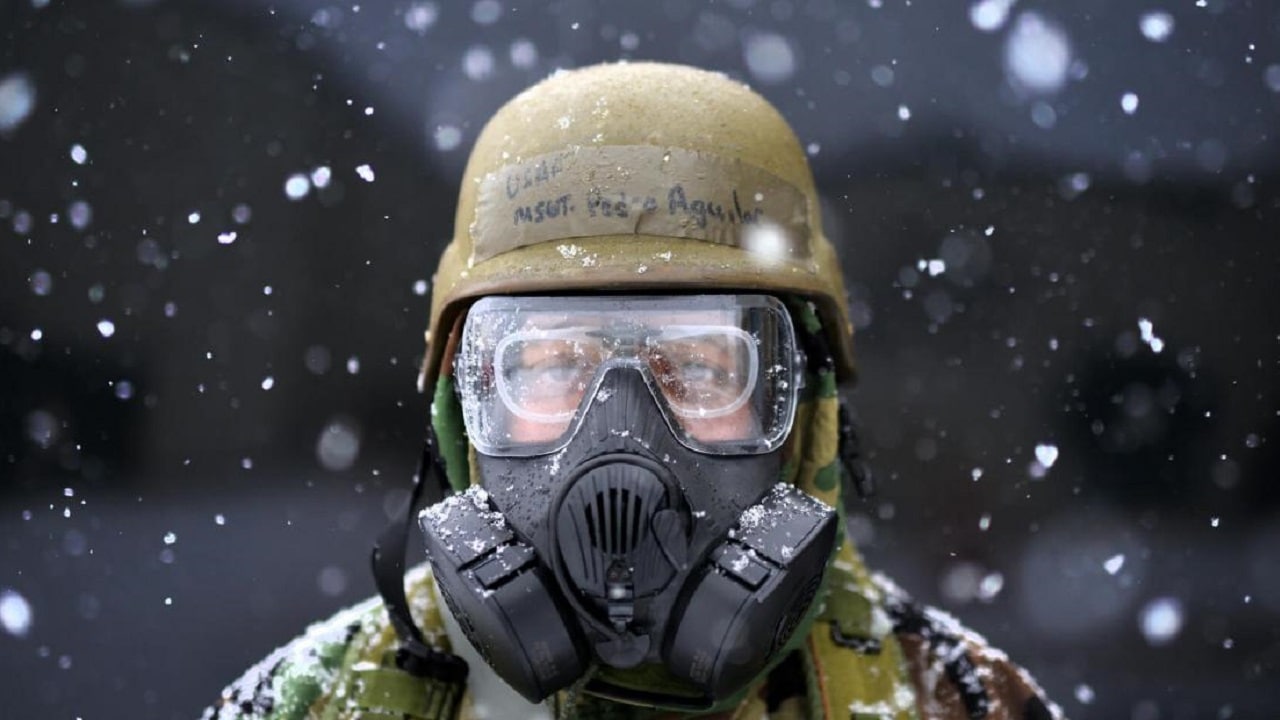 Is Russia using chemical weapons or some sort of chemical agents in Ukraine?

The Ukrainian navy has just accused Russia of utilizing its drones to drop grenades laden with banned chemicals on Ukrainian troops, according to a Facebook post on December 4. These are said to be carrying the agent chloropicrin, news agency RFE/RL said.

Russia is using the K-51 aerosol grenades to drop a toxic material similar to the gas that was used by Russia in World War One.

This Attack Had Minimal Effect Due to Countermeasures

Fortunately, the Ukrainians have used chemical defenses to “protect themselves from the strong irritant effect.”

It is not clear if the defenders were housed in some sort of protective structure or if they had hazardous material suits to save their skin and respirators to keep them from inhaling the chemicals.

U.S. Intelligence Predicted This Could Happen

The Americans have previously assessed that Vladimir Putin’s forces will resort to using chemical weapons if they continue to lose territory and suffer additional casualties to the Ukrainians. Specialists at the Pentagon are recommending that Ukraine take steps to prepare its soldiers for such an outcome. If the latest Ukrainian reports are true, it shows that U.S. intelligence has been accurate in assessments.

More About These Chemical Agents

Aerosol or CS tear gas grenades are usually used for crowd control. But if the chemical is replaced by chloropicrin, the effect is much more serious.

This chemical is usually colorless and used in agriculture. It has a noticeable odor and can have similar reactions to tear gas, but it more severely affects the eyes, nose, throat, and lungs.

The effect could last for as long as 30 minutes. The Centers for Disease Control recommends people wear a self-contained breathing apparatus, eye protection, and hazmat suit when in the vicinity of chloropicrin.

K-51 grenades were developed by the Soviets during the Cold War in the 1970s. A fuse burns and the resulting pressure from the ignition blows the bottom off of the grenade and sprays the chemicals. The idea is to incapacitate an enemy soldier by making the individual drop his weapon and reach toward his eyes and mouth. The respiratory tract is blocked, victims experience shortness of breath, and the lungs are overcome with constant pain.

International Law Has Banned The Use

The 1925 Geneva Protocol banned the use of chloropicrin and “asphyxiating, poisonous or other gases.”

The Chemical Weapons Convention of 1993, of which Russia is a signatory, prohibited the use of riot control grenades and agents on the battlefield.

On October 12, Ukrainians used electronic jamming to counteract a quadcopter drone. The craft fell to the ground. According to a photo released by the Ukrainian military, the payload was found to be a K-51 grenade.

On September 23, Russia is believed to have used another chemical agent from a grenade dropped by a drone. This incident caused no casualties, but it shows a pattern of use by Russia.

Russia May Raise the Stakes

Could Russia use more dangerous chemicals if they are willing to use CS gas or chloropicrin now? Moscow could be testing how the West responds to initial reports. If it feels like the allies are not as concerned they could turn up the heat and deliver more lethal means.

Ukraine will likely produce additional protective clothing and gear to make sure its troops do not succumb to chemical agents and weapons. They may ask the United States or other countries for protective suits to be on the safe side if they haven’t already.

Makes for a Deadly Mix That Is Hard to Investigate

Russia could also mix tear gas in with a nerve agent to make it difficult to identify the more serious ingredient in an attack. That is what was used in Syria. The use of drones and grenades makes it much easier to deliver chemical weapons and agents on the battlefield. They could be aimed at civilians as well to create mass panic.

This shows that Russia is always willing to raise the stakes and push the boundaries of warfare beyond legality, international law, and accords. It is possible they may resort to more serious chemical weapons that go beyond riot control agents. The idea is to spread fear among Ukrainians and in the West that Russia would escalate to more hazardous means. So far this tactic appears to be working.