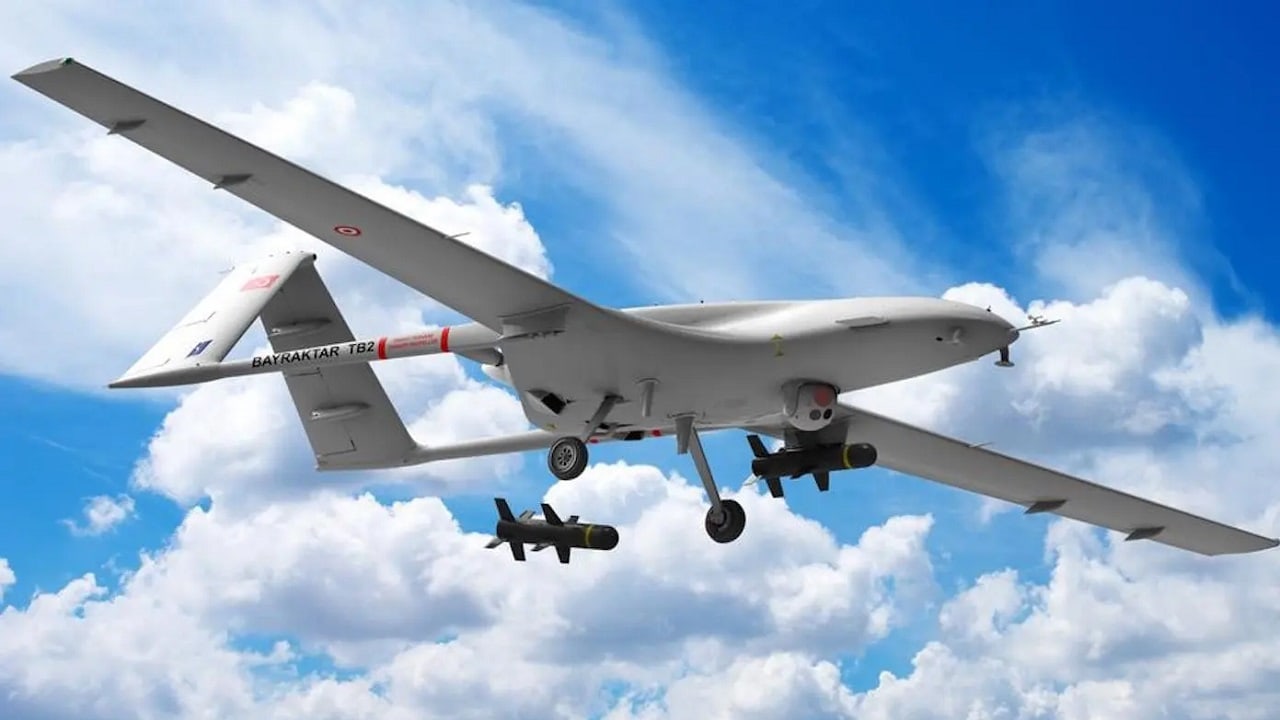 Were Ukrainian drones used in strikes against two Russian airbases on Monday? The answer to this question could tell us a lot about how where this war is moving.

What we know is that there was an explosion at Engels-2, one of Russia’s largest airbases and home to the 21st & 184th Heavy Bomber Aviation Regiments. At least three people were killed and six more were wounded, while two Tu-95M long-range strategic bombers were reportedly damaged.

In addition to basing the Tu-95M, the facility also operates a number of Tu-160M bombers. Further, the airfield has been used to launch many of the Kremlin’s missile strikes against Ukraine — including strikes with Kh-101 cruise missiles.

The airbase is considered critical for Russian operations. Engels has a nuclear weapons storage bunker where warheads can be deployed on bombers. It would be a prime target.

What Do We Know

According to early reports, a drone crashed on one of the base’s runways. That much was “confirmed” by Russian Telegram channel Baza, which regularly posts insider information about the country’s government and military. The social media platform has been one of the few sources of largely unfiltered news about the war in Ukraine.

“An unknown drone attacked an airfield in the Saratov region. Two people were hurt,” Baza reported. “According to preliminary data, on the morning of December 5, an unknown aircraft crashed on the runway of the local airfield. As a result, two aircraft were damaged. Two people were also injured and were taken to the hospital.”

Hours after the explosions, Russia launched a wave of missiles at targets around Ukraine, although Kyiv says it shot most of them down.

Ukraine has not officially commented on the explosions, and Kyiv has taken no credit for any attack. However, presidential adviser Mykhaylo Podolyak appeared to refer to the reports in a tweet.

“The Earth is round – discovery made by Galileo. Astronomy was not studied in Kremlin, giving preference to court astrologers. If it was, they would know: if something is launched into other countries’ airspace, sooner or later unknown flying objects will return to departure point,” Podolyak wrote.

This is not the first time Moscow has accused Ukraine of attacking its territory, but if Monday’s incident was a Ukrainian strike, it would be the deepest Ukrainian attack into Russian territory.

Western mainstream media reports have only confirmed that an explosion occurred at Engels-2, followed by a second explosion that occurred at the Dyagilevo military airbase near Ryazan, a city less than 150 miles from Moscow. That base also hosts Tu-95 and Tu-22M long-range bombers.

There has been speculation on social media that the attacks were synchronized acts of sabotage involving drones. It would not be the first time Kyiv has used drones to strike Russian military targets.

In October, aerial and sea-skimming drones attacked the Russian Navy in port at Sevastopol. They successfully disabled the Black Sea Fleet’s flagship frigate, Admiral Makarov, and damaged at least two other ships.

A second attack was launched just weeks ago.

“If the reports are accurate, there are two key questions,” explained Dr. Matthew Schmidt, director of the International Affairs Program at the University of New Haven and senior consultant at Blue-Ink Global. “First, are the drones domestically built? Second, how did they achieve command and control over the vehicles at that distance?”

Schmidt told 19FortyFive that Ukraine certainly has the native tech skill to build sophisticated drones, but he also noted doubts about whether Kyiv has engines capable of flying the distance to the bases. Engels-2 is located nearly 450 miles from Ukraine, and the drones would probably have to fly even farther from their takeoff point within Ukrainian-controlled territory.

If this was actually a Ukrainian drone strike, Kyiv seems to be getting more brazen in its attacks. Such a development would suggest that nowhere in Russia is safe if Ukraine opts to go all-in on drone warfare.

In this article:Drones, Europe, Russia, Ukraine, War in Ukraine