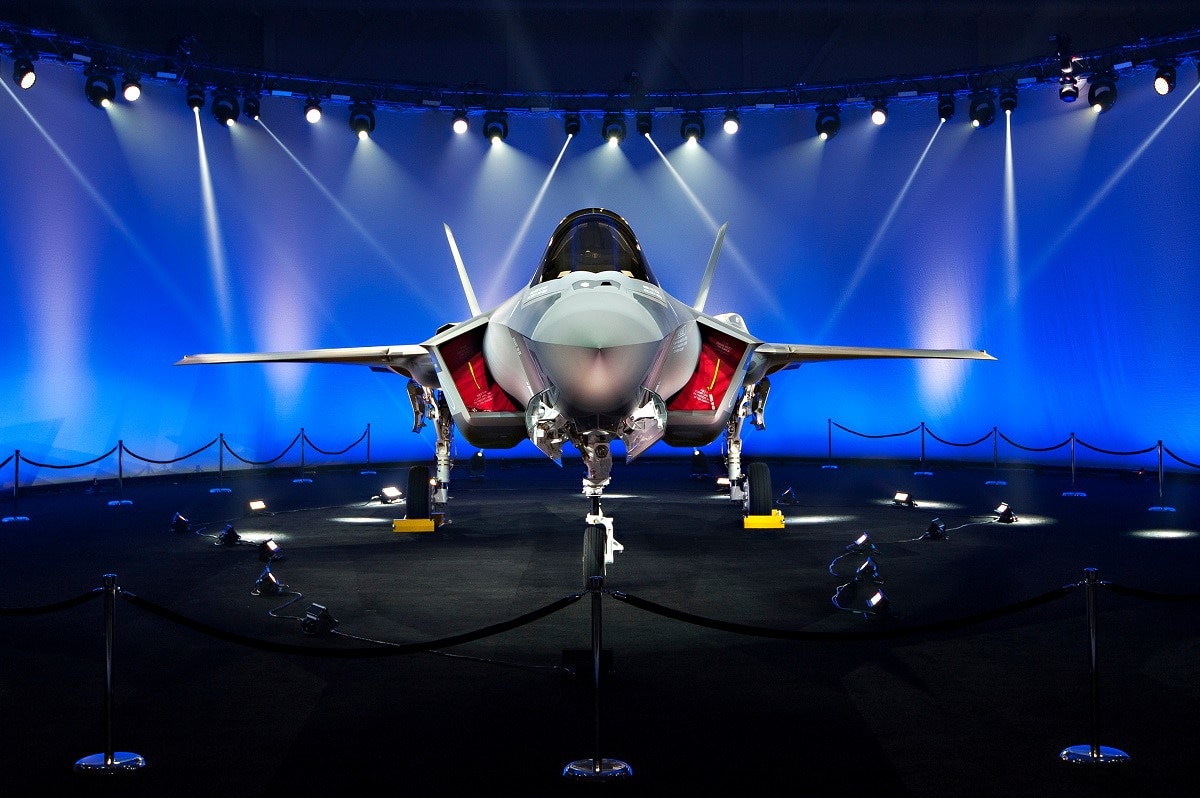 Earlier this month, the Japanese government published its latest National Security Strategy and National Defense Strategy documents, outlining how Prime Minister Fumio Kishida and his advisers see Japan’s strategic surroundings and intend to manage them. The directives sound a stark and blunt note. For example, the National Security Strategy closes by declaring that “in no way can we be optimistic about what the future of the international community will bring.”

Like most official documents out of Japan, the National Security Strategy takes a decidedly grand-strategic outlook. It acknowledges demographic stresses—Japan’s population is plummeting in numbers—and fiscal constraints. The document’s framers also adopt the “comprehensive national power” lingo that’s common currency in China, referring not just to diplomatic, informational, military, and economic implements but to harder-to-pin-down sources of strength such as culture and human excellence.

Together the National Security Strategy and National Defense Strategy spell out a status quo strategy aimed at upholding a “free and open Indo-Pacific” conducive to Japan’s national well-being. A status quo strategy is what military sage Carl von Clausewitz called a “strategy of negative aim,” meaning the contender pursuing it merely wants to keep what it has in the face of aggression. That may not be the most rousing banner to rally behind, but it does accurately convey what conservators of any existing order intend to accomplish.

They want to preserve what is, confounding efforts to subvert it or tear it down.

The twin strategies lament that the United Nations, the supposed keeper of international peace and security, has failed at its primary mission. The latest proof of this, of course, is that one veto-wielding member of the UN Security Council, Russia, has flagrantly breached the territorial and political independence of a neighboring nation, Ukraine. Meanwhile China, another permanent member of the council, routinely tramples on its own neighbors’ sovereign rights, albeit through methods less crude than those on display in Ukraine. And in a similar vein, the documents rebut once-fashionable theories that economic interdependence begets international harmony.

Globalization has crashed headlong into geopolitical reality according to Kishida. Japan must tend to its own survival and prosperity.

That being the case, say the documents’ architects, the Indo-Pacific has come to a “historical inflection point,” and to the “most severe and complex security environment since the end of World War II.” Suppose Tokyo is using the term inflection point in its precise mathematical sense. Contrary to the casual way the term is used in public discourse, an inflection point isn’t a maximum or minimum on a curve or, in this case, on some trendline that describes the upswing or downswing in national fortunes. An inflection point is a point at which the rate of change—the curve’s slope—flips from positive to negative or the reverse, causing an upward or downward curve to start flattening out. The curve continues on its upward or downward trajectory, just at a more and more gradual rate until it crests and starts descending, bottoms out and starts ascending, or flatlines.

If trendlines relevant to Japanese security are on the downslope, meaning the diplomatic, economic, and defense setting is turning increasingly hostile to Japan, and if the region has indeed come to an inflection point along those dour trendlines, then the Kishida government has seemingly concluded that infusing more national resources into defense will start nudging the trendline in a more benign direction for Japan, its allies, and its friends. It will bottom out before turning increasingly hospitable.

In other words, the situation could continue to worsen for some time before brightening.

And Tokyo seems determined to apply a stimulus of serious moment to hasten its change of fortunes. Commentators on Japanese strategy are atwitter over Kishida’s vow to approximately double defense spending to 2 percent of GDP over the next five years. The National Security Strategy pledges to undertake a “fundamental reinforcement” of the nation’s defense capabilities, which constitute the “last guarantee” of Japanese security. The directive also hints broadly that Japan reserves the right to use its newfound brawn unilaterally rather than remain entirely dependent on the U.S.-Japan security alliance. It proclaims that its new capability will “enable Japan to firmly defend itself on its own” (my emphasis).

That doesn’t mean military adventurism lies in store, though. The National Security Strategy declares that Tokyo’s self-imposed rule against launching preemptive or preventive attacks remains sacrosanct, but it also says that Japan will take a more forceful, less passive approach to national defense than it has since 1945. Rather than confine itself to purely defensive arms and operations, the Self-Defense Forces will wage a type of active defense. Deterrence, proclaim the document’s framers, demands “counterstrike capabilities that leverage stand-off defense capability and other capabilities.” And since Tokyo can’t forecast Chinese, North Korean, or Russian intentions with precision, it will hedge by using these antagonists’ capabilities as the yardstick to judge its own preparations.

It will build on the assumption it will face them in combat.

And then there’s regional politics. The National Security Strategy observes that “Taiwan is an extremely important partner and a precious friend of Japan,” and that the island is under duress as Beijing presses for cross-strait union. Siding with the island is sound geopolitics as well as a sincere profession of friendship and partnership. Should China manage to cow Taiwan into submission or conquer it, the People’s Liberation Army would have turned Japan’s southern flank, empowering China to assert control of shipping lanes critical to Japanese mercantile and military interests, and to otherwise levy military pressure against Japan.

Keeping Taiwan independent, then, represents a vital interest for Japan for a host of reasons.

And the U.S.-Japan alliance? The Kishida government states that the alliance will “remain the cornerstone of Japan’s national security policy,” notwithstanding defense acquisitions that could supply the wherewithal for Japan to stand alone. In short, Japan’s defense buildup will transform the alliance from a hegemonic alliance utterly dominated by the United States into more of an alliance of equals. There’s a Golden Rule of alliances: the ally that furnishes the gold makes the rules. It’s a good thing for Japan to have more say in its own defense.

Precisely how the allies will adapt their endeavors to accommodate a more musclebound Japan remains to be seen. America will probably remain the senior partner. There’s the atomic factor, for one thing. Japan has an acute allergy to going nuclear, meaning it remains content to depend on the United States for extended nuclear deterrence. Nor can Japan expect to overcome China in a martial standoff without help. Yes, Tokyo is doubling its investment in defense. But 2 percent of GDP is not an overpowering level of defense spending. In fact, NATO pegs it as the minimum each Atlantic ally should devote to defense.

It’s a floor, not a ceiling.

Lastly, it’s worth situating the defense news out of Asia in historical context. Henry Kissinger maintains that there are two pillars to any durable postwar order. First, the founders of such an order need to put in place a balance of power to deter the defeated from trying to overturn the new normal, or to vanquish them anew if they try anyway. And second, Kissinger urges the victors to fashion an order that the defeated regard as just on the whole. They need not like it, but they do need to accept it as a legitimate mechanism for resolving future disputes. Both pillars reduce if not eliminate incentives to attempt to overthrow the system.

But here’s the kicker. China is challenging the postwar Asian order installed at the terminus of the Sino-Japanese War of 1894-1895. My colleague Sally Paine starts off her history of that long-ago fracas by observing that defeat toppled China from its perch atop the Asian order. Indignant at this disgrace, dynastic, republican, and now communist China have sought to reclaim their accustomed status ever since. China’s naval and military buildup constitutes part of that struggle for supremacy, as does the counter-buildup announced in Japan’s National Security Strategy and National Defense Strategy.

That says something about the coming age of great-power competition and persistent low-level conflict. Wrangling over power, prosperity, and status in East Asia will not end soon—if it ever does.

Author Expertise and Experience: Dr. James Holmes holds the J. C. Wylie Chair of Maritime Strategy at the Naval War College and served on the faculty of the University of Georgia School of Public and International Affairs. A former U.S. Navy surface-warfare officer, he was the last gunnery officer in history to fire a battleship’s big guns in anger, during the first Gulf War in 1991. He earned the Naval War College Foundation Award in 1994, signifying the top graduate in his class. His books include Red Star over the Pacific, an Atlantic Monthly Best Book of 2010 and a fixture on the Navy Professional Reading List. General James Mattis deems him “troublesome.”