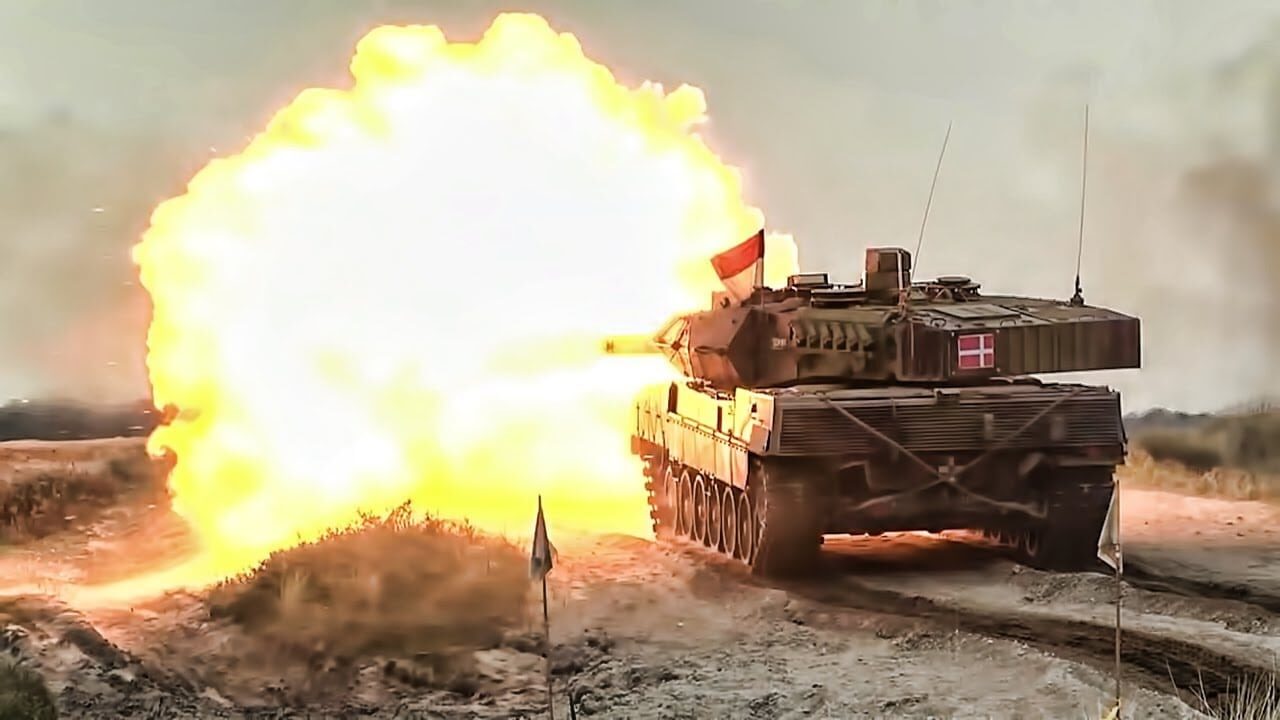 The German Leopard 2 first entered service in 1979, yet,  more than four decades later is considered one of the best main battle tanks (MBTs) in the world.

More than 3,500 have been built, and are in service with some sixteen countries, including NATO powers as well as the neutral nations of Austria and Switzerland.

Last month, Rheinmetall – the developer and maker of the tank – announced that it would supply fifteen upgraded third-generation Leopard 2A4 MBTs to NATO ally Slovakia, under the framework of Berlin’s ‘Ringtausch’ program, which aims to provide replacement Western hardware for countries which are donating their legacy Soviet equipment to Ukraine.

The program was initiated in cooperation with Germany’s NATO allies and was intended to incentivize those member nations that had stockpiles of Soviet equipment to donate it to Ukraine for use in their ongoing struggle against Russia.

Those MBTs being sent to Slovakia had been in the inventories of other NATO nations but were returned to the defense contractor to be updated.

Work has already begun on the vehicles and the first tank is on track to be delivered to Bratislava this month, while deliveries of the remaining Leopard 2s should be completed by the end of 2023. Slovakia will in turn transfer its Soviet-made T-72s to Ukraine early next year.

To date, Berlin has been reluctant to send the Leopard 2 to Ukraine, just as the United States has said that sending any M1 Abrams to aid Kyiv would likely only serve to escalate the war.

However, it appears that Washington’s opinion on the matter is shifting, and according to reports this week from the German newspaper FAZ, the Biden administration would not oppose the transfer of any of the German-main MBTs to Ukraine.

In an October telephone conversation between National Security Advisor Jake Sullivan and Jens Plötner, Chancellor Olaf Scholz’s foreign policy advisor; it was reportedly made clear that Washington would even “welcome” the transfer. However, the U.S. didn’t actually ask Germany to make such deliveries but said it would be “okay” if the tanks were delivered.

Germany has been among the most reluctant NATO member when it has come to supplying military hardware support to Ukraine. In fact, it was just under a year ago that Berlin came under fire for pledging to send just 5,000 helmets to Kyiv as Russian forces were massing on the border.

In addition, Germany’s government had initially put up roadblocks that prevented other NATO nations from stepping up – but after Russia launched its unprovoked invasion; the stance in Germany changed.

However, the question could still be asked – if the United States would support the sending of Leopard 2s, why not the M1 Abrams? The short answer could be one of logistics. Leopard 2s are now in service in Poland and could be easily delivered in short order. Poland is now acquiring more modern South Korean K2 Black Panther MBTs to bolster its armored forces, while it recently concluded deals to acquire the most modern Abrams from the United States.

Whereas Poland will need to be trained on both of its new tanks, it could actually provide the necessary instruction to Ukraine for the Leopard 2.

Moreover, as noted by Gustav Gressel from the European Council on Foreign Relations, Germany has some 80 MBTs that are in storage, while another 30 could be taken from the Bundeswehr’s combat training center where they are used to represent enemy tanks, and subsequently replaced with T-72s either from Ukrainian stocks or perhaps the Slovakian tanks.

As Gressel told FAZ, “There are factual reasons to say: the Leopard 2 first.”