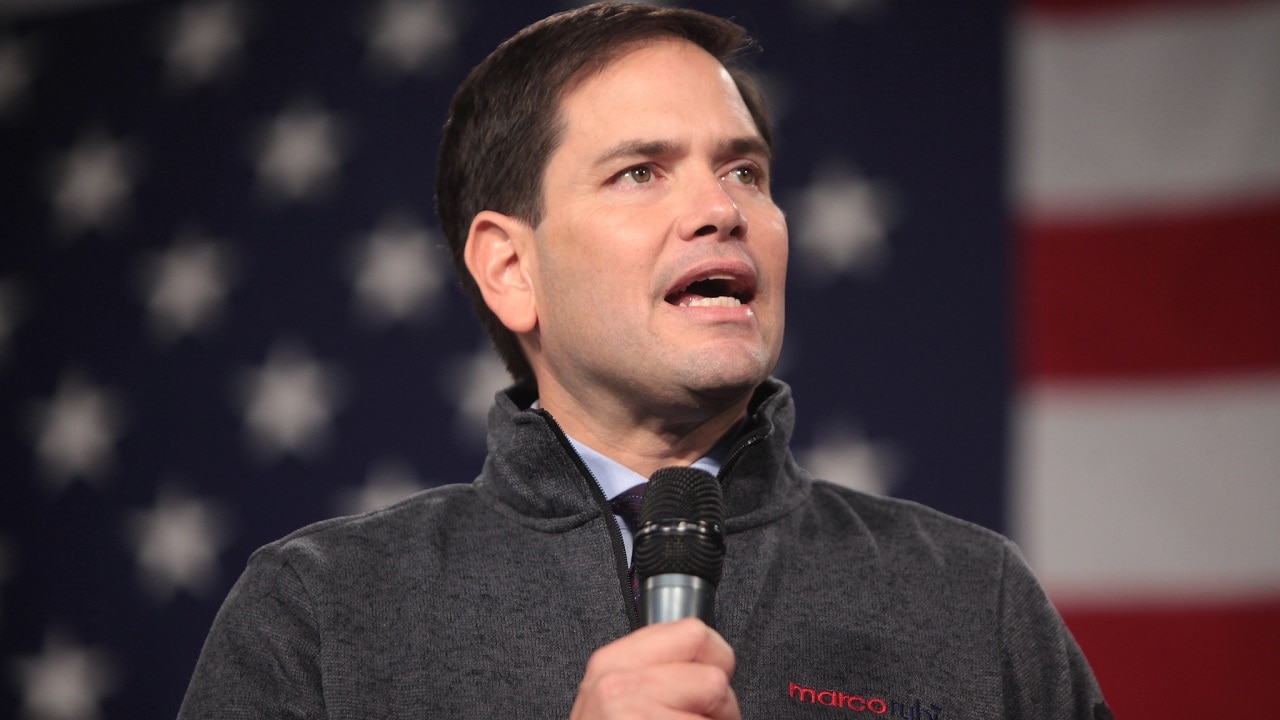 By Gage Skidmore: U.S. Senator Marco Rubio speaking with attendees at the 2015 Iowa Growth & Opportunity Party at the Varied Industries Building at the Iowa State Fairgrounds in Des Moines, Iowa.

It looks like Marco Rubio is posturing for a 2024 presidential run. Like seemingly all presidential hopefuls, Rubio is releasing a new book next June. Titled “Decades of Decadence,” the 272-page book will be released by Broadside Books, an imprint of HarperCollins.

HarperCollins has not provided many details on the release, but you’ve probably got a pretty good idea of what the thing looks like.

Yeah, I don’t think you’re going to have to read this thing to get the gist.

The main takeaway is that Rubio is putting out a book right as the GOP primaries begin to heat up. Expect him to declare his candidacy early next year.

Rubio finished third in the 2016 GOP primary and has remained a visible member of the GOP in the six years since. He’s still a viable candidate – but the GOP field may well be crowded; Rubio will have some significant hurdles to clear if he wants to earn the GOP ticket.

Rubio, a Senator representing Florida, is probably the only third most prominent politician representing Florida right now. Former President Donald Trump, who changed his permanent residence to Florida before the 2020 campaign, and Florida Governor Ron DeSantis are both more prominent than Rubio at the moment. So, Rubio is not even the favorite in his home state. Although, to Rubio’s credit, he did beat out Jeb Bush – a former Florida Governor who was an early favorite to win the 2016 ticket; Rubio could perform similarly this time around, maybe edging out Trump or DeSantis. Anything is possible, as Kevin Garnett has said.

The hurdles won’t end with Trump and DeSantis. Rubio, a Cuban American, will likely have to compete with a fellow Cuban American, Texas Senator Ted Cruz. Frankly, Rubio may not even be the most prominent Cuban American in the race; as far as Cuban Americans competing in the GOP primary, Cruz may have an edge over Rubio with respect to prominence. Cruz did edge out Rubio in 2016 – the pair finished second and third overall respectively.

Rubio’s camp recognizes that a path to victory may not exist. “[Rubio’s] problem is he doesn’t have a base. That was the problem in ’16, but it’s worse now. The base he had then was young suburban voters,” a Republican operative told The Hill, noting that many of Rubio’s supporters have migrated to other candidates, like Glenn Youngkin. “A lot of his supporters from 2016 are with other people now, and he hasn’t done anything over the last four years to build the type of organization you’d need to show you’re running for president.”

Other Republican figures are also expected to enter the race. Nikki Haley, Trump’s former UN ambassador, may run. Mike Pompeo, Trump’s former Secretary of State and CIA Director, is expected to run. Chris Christie, former leader of the Trump transition team, may jump in, too. The field will be crowded; Rubio will have to claw his way to the top – but some observers are optimistic.

“Here’s the reason why he could be viable,” a different Republican operative said, “he’s just a great communicator and a very skilled candidate. He’s never lost a race, other than to Donald Trump, and he still gives the best speech in Republican politics. The challenges are obvious, but the skill is undeniable.”