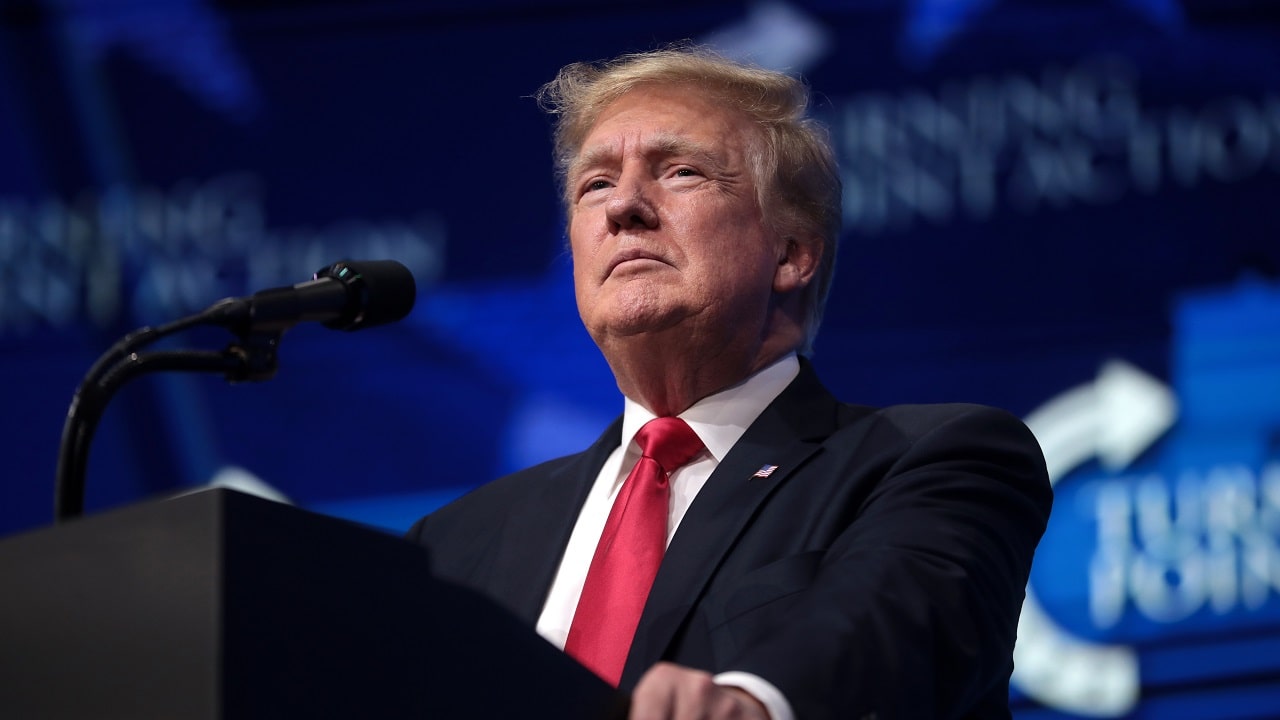 Former President of the United States Donald Trump speaking with attendees at the "Rally to Protect Our Elections" hosted by Turning Point Action at Arizona Federal Theatre in Phoenix, Arizona. Image by Gage Skidmore.

For the first time since Donald Trump announced his candidacy for the 2024 presidential campaign, a new poll has gauged his support among conservative voters. The results will not be encouraging to Trump World, which could use a bump after Trump endorsees were annihilated in the midterms.

When all voters are asked the same question, whether Donald Trump should run for president, 63% of respondents say that Trump should not run for president – which is down 2 points from last week. That nearly two-thirds of voters don’t believe Trump should run for president reflects that national mood. Trump has always been deeply unpopular among left-wingers, naturally. Half the country is going to protest Trump running – which may be shortsighted given that Trump is beatable, as Joe Biden demonstrated in 2020, and that his departure from the GOP ticket would pave way for someone else, probably Ron DeSantis, who may be worse for liberal interests.

But liberals disliking Trump is old news. What’s most notable about this new poll is that conservatives are souring on Donald Trump like never before. The GOP, which has mostly fallen in line behind Trump for seven years straight, now seems to be contemplating a pivot.

The change would come from a place of practicality. Most incumbent presidents who lose a presidential election lose their political careers. Gerald Ford, Jimmy Carter, George H. W. Bush – these one-term presidents never ran again. That Trump is posturing to run again is significant in and of itself. And that the GOP is less enthusiastic this time around makes perfect sense. Trump lost in 2020, and his favored candidates fared poorly in 2021 and 2022. He’s just not popular.

Republican politicians are starting to sense the change and comment appropriately. Chris Christie, who led Trump’s transition before being ousted from the administration, criticized Trump recently for putting “himself before everybody else.” Mike Pompeo, who served as Trump’s Secretary of State and CIA Director, implied that all Trump did was “go on Fox News or send tweets,” which “won’t win elections.” Nikki Haley, who served as Trump’s UN Ambassador, asserted that it was time for a “younger generation to lead across the board.”

The rhetoric matches the recent polling. Trump is losing favor among Republicans.

Trump has been very successful in the past by simply putting his head down and forging ahead, despite what the mainstream, or anyone else, suggests. His political rise was implausible, his victory over Hillary Clinton maybe the most stunning upset in modern American politics. That his popularity is now dipping likely won’t influence Trump’s tactics or vision. He will still charge forward, leading a scorched-Earth campaign. He will still be competitive. And while Trump is vulnerable, someone is going to have to beat him before he bows out, because clearly, he’s not stepping aside.

Until Trump is defeated, Trump will retain his spot as the GOP’s standard bearer.