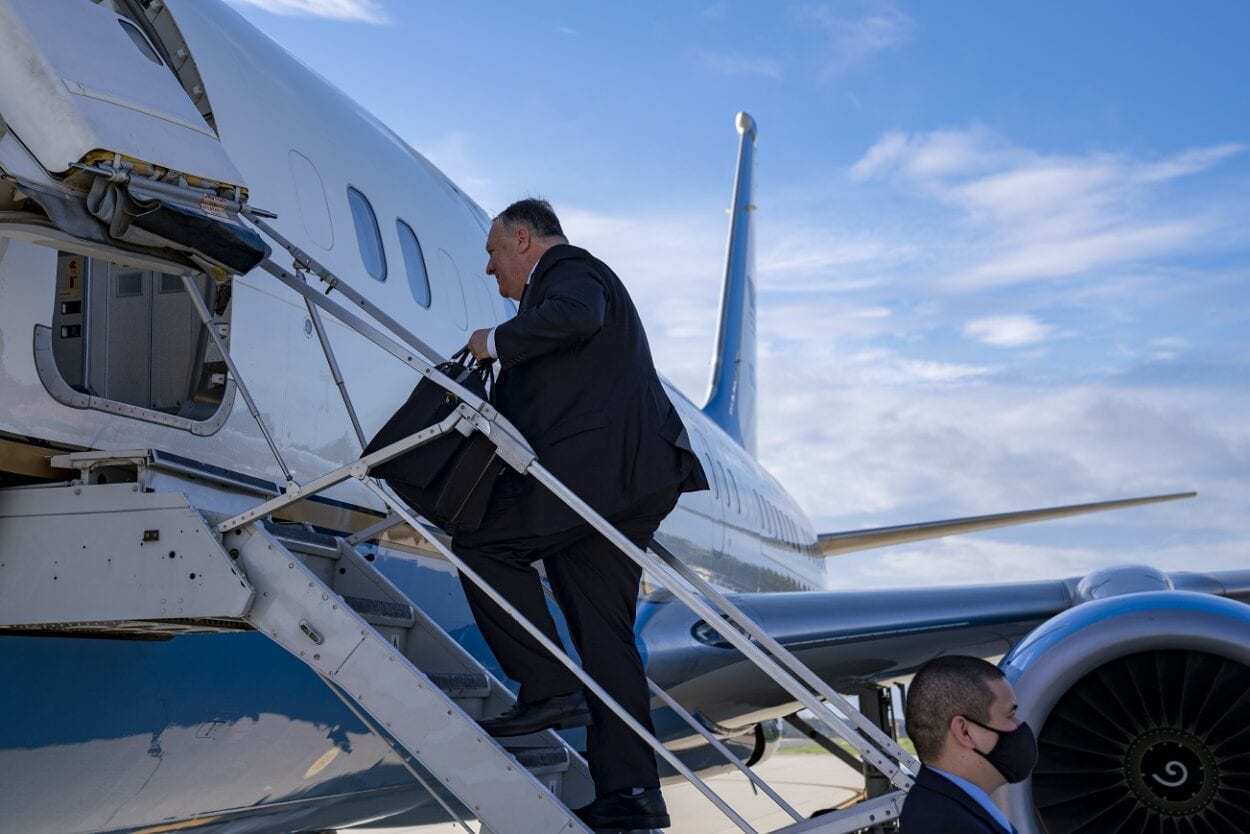 July 23, 2020 will go down in history as the day Mike Pompeo launched his bid for the Presidency.

No, he’s not challenging his boss, Donald Trump, for the Republican nomination in this year’s online convention (though many Republicans might like it if he did). He’ll be shooting for 2024, by which time Trump will (probably) have left the stage.

Of course, Pompeo’s 24-minute speech at the Nixon Library was all about China and America’s China policy. Pompeo called out China’s contemporary totalitarianism and the continuing dedication to Marxism-Leninism of its ruling Communist Party. He reminded his audience that “China is increasingly authoritarian at home, and more aggressive in its hostility to freedom everywhere else.” And he criticized American airlines and movie studios for self-censoring references to Taiwan and “even the most mildly unfavorable reference to China.”

But going home to speak in Orange County, where he was born, grew up, and attended high school before moving on to West Point, Pompeo gave a career-defining speech that was really less about the Trump administration’s China policy than about the “sweet appeal of freedom.” Pompeo gave the obligatory nods to his boss and the Trump team, but his speech was framed as a sincere statement of his own moral instinct and his own policy convictions. It would be too much to say that the Secretary of State now has an independent China policy, but he has certainly given coherence to the administration’s many China policies and put his own personal imprimatur on them.

Coming on the heels of recent trips to Iowa and meetings with donors, Pompeo’s Nixon Library speech set the tone for a Pompeo presidential campaign: conservative, values-based, even old-fashioned, and not afraid to shame fellow Americans into doing the right thing. That Pompeo would be “tough on China” is a given, but not tough for toughness’ sake. Pompeo seems to genuinely want to see a free and democratic China, in the same way that Ronald Reagan wanted to see a free and democratic Russia. In contrast to President Trump, Secretary Pompeo seems not so much concerned about keeping China down as about lifting China up.

Four years is an eternity squared in politics, and no one can possibly know what the 2024 field will look like, never mind what issues might be on the table by then. Mike Pompeo is unlikely to achieve the same kind of early lock on the nomination that his State Department predecessor Hillary Clinton did in 2016, and he is unlikely to resign to campaign full-time just after the 2020 results are in, as she did after Obama’s reelection in 2012. Unlike Clinton, Pompeo seems to genuinely enjoy the job of being America’s top diplomat, treating it as a step up, not as the step down that Clinton always seemed to resent. The country will be lucky to have him in the role for a couple more years.

If, that is, Donald Trump can pull out a victory this fall. The biggest blow to Pompeo 2024 would come from a Trump loss in 2020 — not because Joe Biden would make for a tough opponent after four years in the White House, but because Trump might very well pull a Grover Cleveland and run again. Pompeo has become one of Trump’s greatest electoral assets, gaining widespread respect for an administration that is sorely in need of respectability. Along with Vice President Mike Pence, he is one of only two administration figures who could reasonably be called “presidential.” No one calls Donald Trump that, not even his supporters. But for Pompeo to have a clear shot at turning “presidential” into “President” in four years, he’ll need a Trump victory now. He can easily hold his own against Pence in the primaries, but the one candidate Mike Pompeo doesn’t want to face in 2024 is Donald Trump.