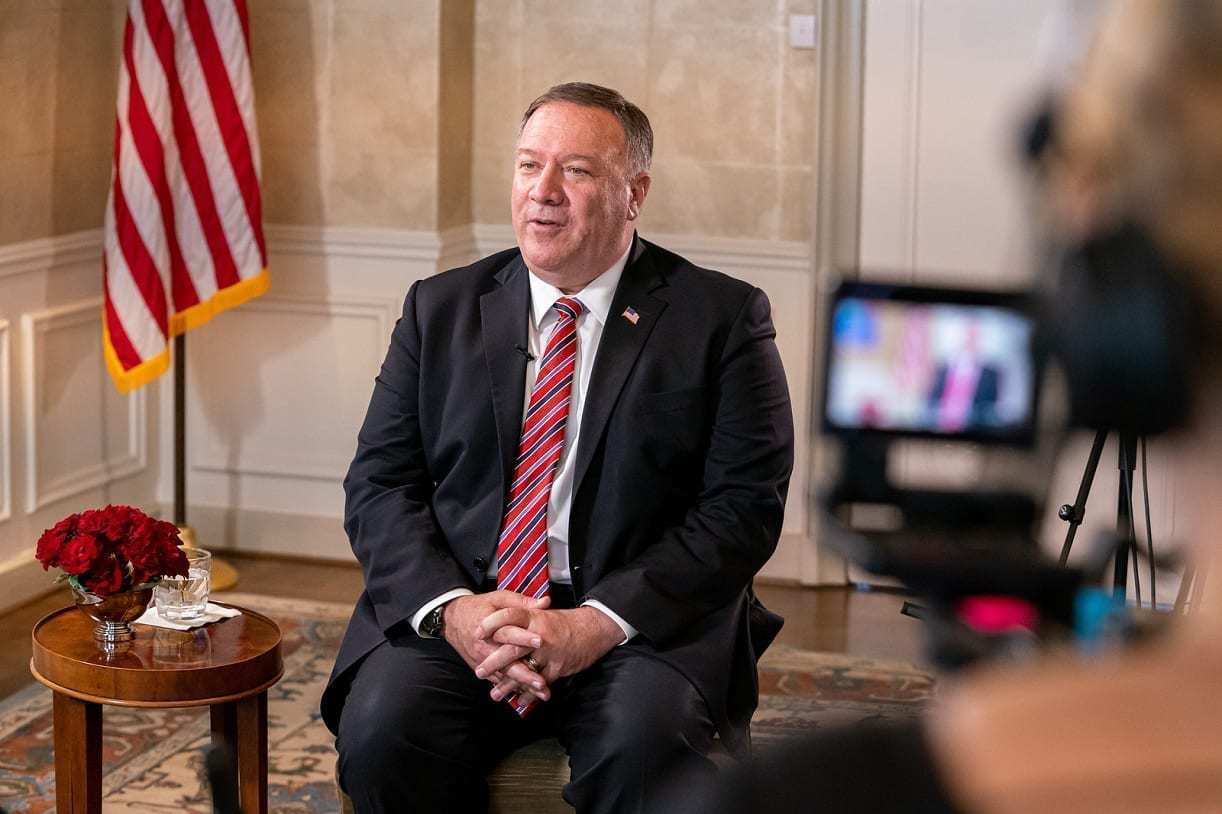 In a historic speech yesterday, Secretary of State Mike Pompeo delivered a blistering attack on China at the Nixon Library in California–talk about a location choice, wow–that has already raised quite a few eyebrows all over the Washington, D.C. foreign policy community, the news media and clearly in Beijing.

The video can be seen here and a transcript is already out. Special attention should be given to Hugh Hewitt’s Q&A session afterward, but let me get back to that in a moment.

While the speech itself needs to be read in its entirety, Pompeo’s remarks, a coordinated effort to recalibrate U.S. foreign policy towards China in a number of different speeches over the last few weeks by other senior Trump Administration officials, clearly means only one thing: America has moved from an engagement and peaceful competition with Beijing to what can only be described as a 21st century of version of Cold War-style containment. Pompeo clearly meant for his remarks to be interpreted as the ‘evil empire’ speech of 2020–and it should be seen as such.

None of this should serve as a shock to anyone who watches China for a living, as such remarks have been coming out of the Trump Administration for some time now along with matching aggressive actions on trade, intellectual property thefts as well as rebuilding U.S. military posture throughout Asia to meet this challenge.

For the most part, I agree with what the Trump Administration is doing, as the rise of China–and the actions it has taken to increase its overall economic, military and diplomatic might–over the last two decades represent a clear and present danger to American interests. Beijing’s quest to not only dominate the Asia-Pacific but larger Indo-Pacific region is not something Washington can be silent about anymore, and I think the aggressive rhetorical and policy approach is warranted.

However, there is one weakness in the remarks that made the speech seem a little strange. While Pompeo was careful not to outright attack former President Nixon for his decision to engage with China, there was no mention of the reasons for why Nixon and Henry Kissinger made this historic move–and I would argue the right move for the time. Pompeo does quote a 1967 Foreign Affairs piece that, at least he believes, was Nixon’s stated reason for engaging with China:

“Taking the long view, we simply cannot afford to leave China forever outside of the family of nations…The world cannot be safe until China changes. Thus, our aim – to the extent we can, we must influence events. Our goal should be to induce change [emphasis mine].”

Foreign policy realists throughout history are great at using rhetorical flash, the citing of universal norms along with goals many aspire to hide their naked geopolitical ambitions–it makes such machiavellian aspirations more easily tolerable in today’s world, a sort of moralistic blanket to hide their real intentions. In this case, clearly Nixon, knowing the U.S. was struggling thanks to the large financial and military commitments needed to sustain the Vietnam War and, most important of all, a Soviet Union that seemed on the march anywhere needed to be checked. And the best way to do that to anyone who had access to a map and some context of recent history was China. Nixon did not seek to change China as Pompeo suggests, but Beijing and Washington agreed to squash their own problems because they both saw the rise of Soviet power as a bigger threat to their shared mutual interests.

Back to Hugh Hewitt. Hewitt, to his credit, I think sensed this lack of historical context in Pompeo’s remarks, and seems to give him a way to clean that up, asking Pompeo in the opening question:

“My first question has to do with the context of the president’s visit in 1972. You mentioned the Soviet Union was isolated, but it was dangerous. He went to the People’s Republic of China in 1972 to try and ally and combine interests with them against the Soviet Union; it was successful. Does Russia present an opportunity now to the United States to coax them into the battle to be relentlessly candid about the Chinese Communist Party?”

“So I do think there’s that opportunity. That opportunity is born of the relationship, the natural relationship between Russia and China, and we can do something as well. There are places where we need to work with Russia. Today – or tomorrow, I guess it is, our teams will be on the ground with the Russians working on a strategic dialogue to hopefully create the next generation of arms control agreements like Reagan did. It’s in our interest, it’s in Russia’s interest. We’ve asked the Chinese to participate. They’ve declined to date. We hope they’ll change their mind.

It’s these kind of things – these proliferation issues, these big strategic challenges – that if we work alongside Russia, I’m convinced we can make the world safer. And so there – I think there is a place for us to work with the Russians to achieve a more likely outcome of peace not only for the United States but for the world.”

While such a speech, clearly meant to be a line in the sand against Chinese actions does not have to be perfect, it does need to make sure it encompasses why Nixon wanted better relations with China: the rise of Soviet power and a widespread belief America was in decline.

Ok, so you might not want to talk about decline, I get that. But missing the rise of Soviet might is pretty important and a big miss. We should all keep that in mind, as America has ample ways to use alliances and partnerships with nations that we may not exactly align with naturally to contain China‘s own rise. I worry we lose sight when we forget why Nixon and Kissinger made the foreign policy choices they did.