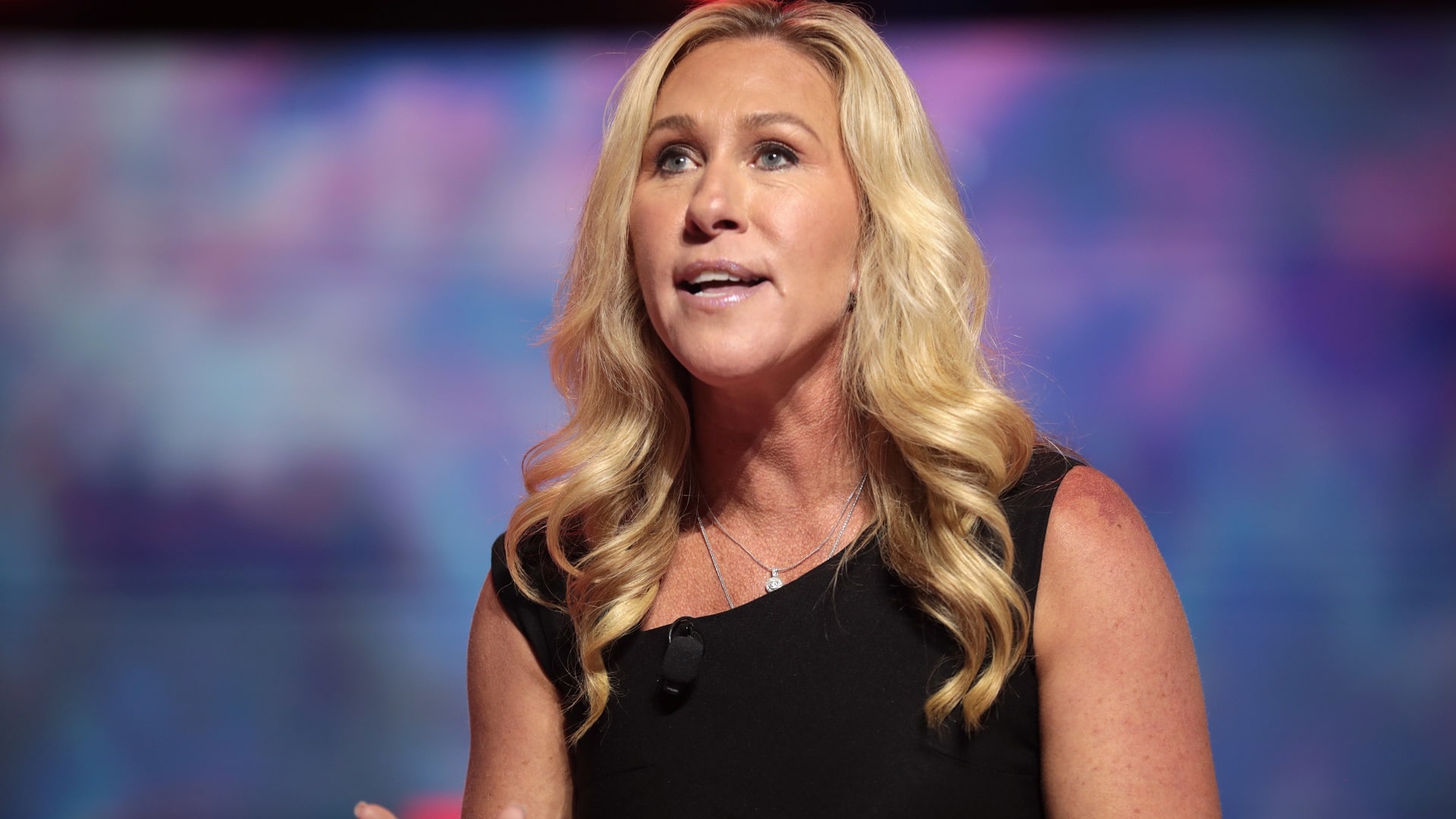 Among the far right, there are a few different ways to talk about January 6, 2021, attack on the U.S. Capitol, most of which differ from the conventional understanding that it was a tragic, terrible, and deadly day, in which then-President Trump encouraged his supporters, who went on to trespass and in some cases violently riot.

It’s been argued both that January 6 was a great day, and that it was not that big a deal at all. Others have argued that the riot was a “false flag,” that it was really perpetrated by “Antifa,” or that an agent provocateur planted by the FBI or other federal agencies encouraged the riot.

There are also those who claim the many people charged with crimes in relation to the riot are “political prisoners” or that they’re being mistreated in jail. And some have sought to find villains among Democrats that day.

Rep. Marjorie Taylor Greene (R-GA), certainly no stranger to conspiracy theories, combined a few of those ideas in a recent tweet.

“1,000 people have been charged for J6, with possibly 1,000’s more to be charged. Most of these people were nonviolent,” the Congresswoman said on Twitter on Christmas Eve. “But Nancy Pelosi refused to bring in the National Guard ignoring Intel briefs & requests for the NG by Capitol Police and Pres Trump. Pelosi is complicit.”

People involved in the January 6 event have been charged with numerous crimes, and even if those crimes weren’t violent, some of them were still very serious crimes. For instance, several members of the Oath Keepers group, including its leader Stewart Rhodes, were convicted in November of seditious conspiracy.

Furthermore, the Speaker of the House does not have the power to call in the National Guard. The president and Secretary of the Army do, in Washington, while in most states that is the governor’s call.

“Ignoring her actual role in fomenting it, she obviously didn’t read the report.  Side note: The only person with the ability to deploy the DC Guard?  The President and Secretary of the Army.  Not the mayor, not the speaker,” Rep. Adam Kinzinger (R-IL), a member of the January 6 Committee, responded to Greene.

And besides, it would make little sense for Pelosi to be “complicit” in a coup attempt by her sworn political enemy – especially one in which her own office was broken into. That break-in, in fact, was among the crimes of which multiple January 6 defendants have been convicted.

“Democrats won the election and were in congress for the certification of the official results anointing Biden president and they decided to secretly try to overthrow themselves to stop it to make trump look bad while he happened to be down the street telling people to do that.”

In the meantime, Greene has been feuding of late with other members of Congress on the right flank, including Rep. Lauren Boebert (R-CO). At issue is that Greene supports Rep. Kevin McCarthy (R-CA) in his bid for speaker, while many others on the far right of the caucus call themselves “never-Kevin.” It’s uncertain exactly what will happen in the event that McCarthy is unable to attain the 218 votes needed to get the speakership.

Also, Politico reported earlier this month that the White House has shifted in the way it treats Greene. Instead of ignoring her, they’re making her “the face of the GOP.”

“Over the past few months, President Joe Biden and top aides have become much more inclined to call out Republicans they consider radical by name, in hopes of tarring the GOP writ large and further dividing the party,” the site said. “It’s a departure from their first year in office when it was an informal administration policy not to mention some of those very Republican members out of a belief that there was less of a need to fight with “bit players,” as one Biden ally put it.”