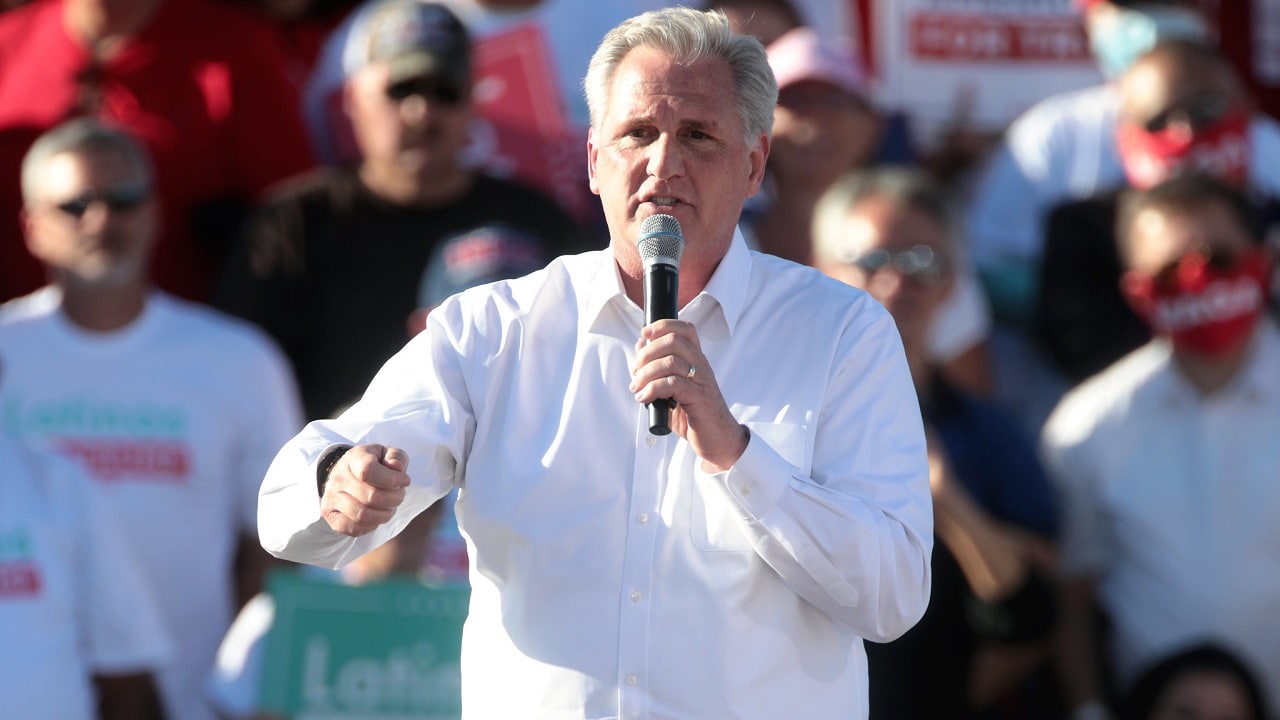 U.S. House of Representatives Minority Leader Kevin McCarthy at first seemed like he had a lock on becoming the Speaker of the House. He was thought to be competent and popular with an energetic and optimistic outlook on his political game. Now McCarthy is having unforeseen difficulty on his path to Speaker. The biggest problem is the Republicans’ lackluster performance in the 2022 Midterm elections. They now have only a small majority.

It’s Going to Be a Close Call

McCarthy must find 218 votes to become Speaker and it now appears he lacks that support threshold to put him over the top. At least five House Republicans are saying they are against putting McCarthy in the Speaker’s chair. If he loses only four votes, he could be denied the position. What would happen if the vote fails is anyone’s guess. Successful deal-making, back-scratching, and political wrangling to whip votes in McCarthy’s favor would have to happen. And the vote could go to multiple ballots – a scenario that hasn’t happened since 1923.

The Final Five Who Are Fighting Against McCarthy

As of December, the legislators against a McCarthy speakership are Reps. Andy Biggs of Arizona, Matt Gaetz of Florida, Ralph Norman of South Carolina, Matt Rosendale of Montana, and Bob Good of Virginia. These Members believe that McCarthy is not conservative or “Trumpy” enough to get their votes.

Biggs is the biggest problem for McCarthy if you excuse the pun. The former ultra-right Freedom Caucus chairman is trying to convince more of the body’s members to vote against the minority leader. Gaetz is a vocal opponent of McCarthy and is often interviewed by the media. Norman, Rosendale, and Good are not well-known but are staunch conservatives.

McCarthy Has Started Wheeling and Dealing

McCarthy has the support of moderate groups in the GOP, plus some conservatives such as Rep. Marjorie Taylor Green of Georgia who has become a surprising advocate for McCarthy, most likely because she was promised committee assignments by the minority leader. Greene has denied there has been any deal between her and McCarthy and that her support is genuine.

What’s Going On Behind the Scenes?

Another Conservative ally for McCarthy is Jim Jordan from Ohio. Jordan reportedly gets along with Taylor Greene, and they have forged a partnership that could help vault Taylor Green into House leadership someday, especially if she does notable committee work on a powerful panel. That is Taylor Green’s likely strategy, even though she is known for making controversial and shocking comments and social media videos that could keep her out of leadership.

Lassoing All the Factions

McCarthy has a difficult balancing act to hold moderates and conservatives together. With such a small majority he is herding cats. He has even tried various attempts to sound more like a Trump supporter as he sometimes hurls America First soundbites at the media. These are calculated attempts by McCarthy to maintain his right-wing bona fides while keeping his pragmatic side behind the scenes to help pass or block legislation.

He will need all Republicans to be on board when it comes time to thwart President Joe Biden’s agenda. The Republicans also promised to address the economy and inflation during the midterms. The House GOP members do not want to be seen as foul-mouthed obstructionists. They need policy, not just politics. Moderates are imploring McCarthy to put forth solutions to problems in the United States. Illegal immigration and the border crisis are also high on the list.

But recent history shows that McCarthy would have a tough time keeping the conference together. Previous Speakers John Boehner and Paul Ryan had difficulty with the restive right-wing legislators too.

Who Else Could Run for Speaker?

Who would run against McCarthy for Speaker? Biggs said he is going to try again on January 3. He only received 31 votes during a preliminary nomination vote in November and Biggs is happy to play spoiler and roll the dice. He really has nothing to lose in doing so.

My Personal Experience with McCarthy

McCarthy is seen as popular, but he seems dismissive to me. I once conducted a political project for a California representative in 2006 after he was first elected to the House. I did a good job for him, but when I finally met the new Congressman, it was a letdown. I told him I was getting a Ph.D. in Political Science. McCarthy laughed heartily and rolled his eyes. What are you doing that for, he asked. I said it was the most challenging thing I could do after the military. He wasn’t impressed.

Well, Mr. McCarthy, I received my Ph.D. shortly after our talk. Your path to the Speaker’s gavel is less secure. I didn’t have to do any political deals and back-scratching to get my degree, and McCarthy will have to do so if he wants to serve in one of the most important positions in government aside from the White House.

I wish him the best of luck.