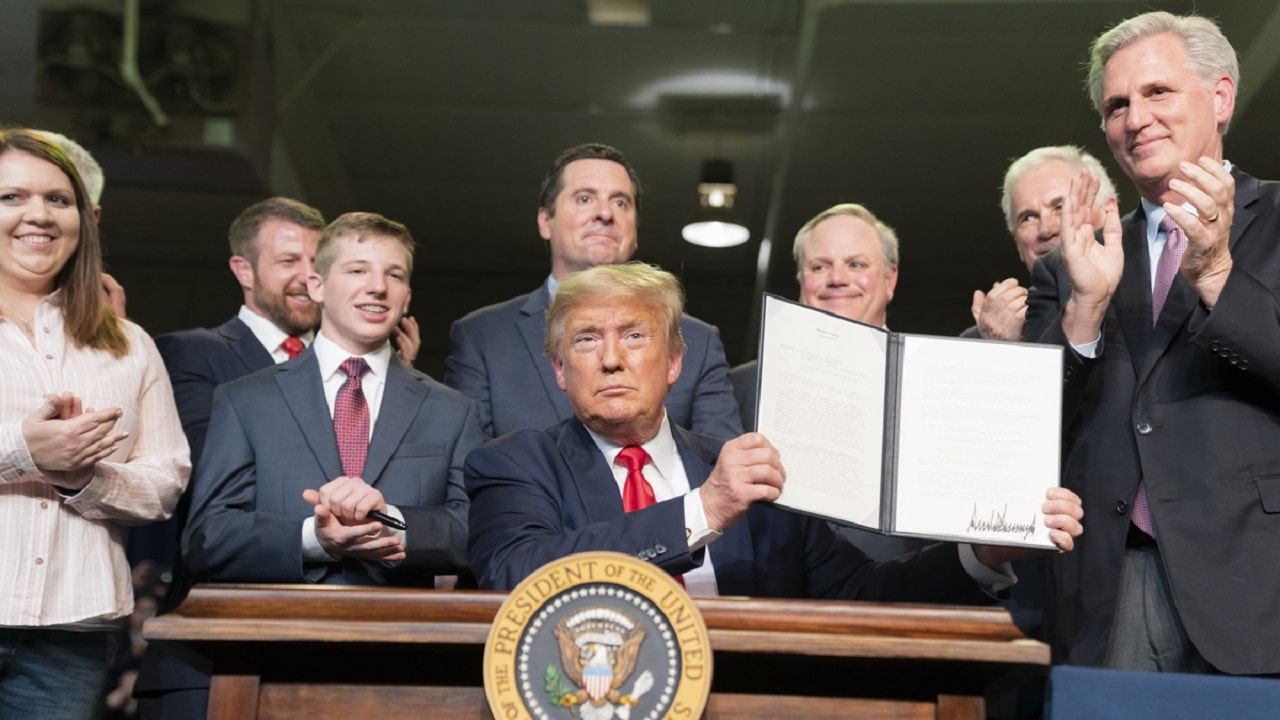 Kevin McCarthy: Can He Still Become Speaker? Images of a lingerie-clad Rep. Madison Cawthorn illustrated in a tragicomic fashion why House Minority Leader Kevin McCarthy would be wise to wait for the current headlines to blow over before making any rash decisions about the speakership.

A wave of frantic coverage greeted audio that contradicted McCarthy’s public denial of a claim by two New York Times reporters in a new book that the House Republican leader had discussed calling former President Donald Trump and asking him to resign shortly after the Jan. 6 Capitol riot. The leak clearly showed a frustrated McCarthy had talked about having that conversation.

Trump is the key to what happens next. The Resistance and Never Trump figures blaring for the thousandth time that GOP leaders are cowards who tremble before the 45th will not decide McCarthy’s fate. Trump and the MAGA base will.

Nearly everyone who sees in McCarthy’s comments, denial, and the subsequent proof he took a harder line on Trump’s Jan. 6 conduct in private than in public a horrific betrayal of American democracy already thought that before the audio of that Republican leadership call leaked. The only thing that can change is whether the ex-president, his supporters, and rank-and-file Republicans continue to view McCarthy, who is poised to become the next speaker of the House after the midterm elections, as a trustworthy figure.

What matters most, then, is what Trump does — and what Trump would do if he were in a situation similar to McCarthy’s.

Consider the release of the Access Hollywood tape showing Trump making lewd comments about women. Republican leaders behaved then as McCarthy did in the aftermath of Jan. 6. They issued public statements distancing themselves from Trump, even condemning him. They had desperate conference calls discussing, sometimes in hushed tones, how to replace Trump. A few even rescinded their endorsements.

House Speaker Paul Ryan canceled a Wisconsin appearance with Trump, one that would have projected unity given their tumultuous history. He reportedly counseled down-ballot Republicans to abandon Trump if it was necessary to win their races.

Trump did issue a rare public apology, calling his comments “foolish.” He also contrasted his vulgar talk with alleged misconduct by his opponent’s husband, former President Bill Clinton, bringing the most prominent accusers to the next presidential debate. And then he persevered through the wall-to-wall negative coverage that certainly would have ended most previous campaigns.

As happened in numerous low points in Trump’s presidency — Charlottesville, the Helsinki press conference with Russian President Vladimir Putin, the Ukraine phone call — Republican leaders spoke out, then modulated their approach after his support among the GOP grassroots remained largely intact.

In the Access Hollywood episode, in particular, fresh evidence clearly emerged afterward with the FBI reopening its investigation into Hillary Clinton that Trump could win. Ryan issued a statement reaffirming his support for Trump in response to that news. Trump did then go on to win, becoming the first Republican presidential nominee to carry Ryan’s Wisconsin since Ronald Reagan.

Some of the Republicans who to varying degrees disavowed Trump over Access Hollywood became his biggest allies. One, who warned Trump he would lose by the biggest landslide since Barry Goldwater in 1964, later became his White House chief of staff.

Given the contents of the Access Hollywood tape, perhaps that bolsters McCarthy’s detractors’ case that there is something wrong with the modern Republican Party. But it is also clearly instructive of what McCarthy should do, even with the threatened drip of future leaked recordings.

The news cycle moves quickly now. From the war in Ukraine to inflation to the lingering pandemic, there is a lot going on. And unlike Access Hollywood, this is coming months before the election and even longer before House Republicans would need to make a decision on the next speaker (assuming, as seems likely, they win in November).

McCarthy’s comments were a snapshot in time, representative of many in the Republican leadership. There were made in a conversation with Rep. Liz Cheney, who is still the third-ranking House Republican, four days after the attack on the Capitol. And the resignation talk was couched in the possibility of a successful impeachment, like Goldwater’s 1974 White House visit with Richard Nixon.

McCarthy didn’t end up having the call to request Trump’s resignation. He did not vote for impeachment. He later went down to Mar-a-Lago to patch things up. It was another Republican leader, Sen. Mitch McConnell, Trump’s most powerful intraparty rival, who ensured there would be no conviction by not holding a Senate trial while Republicans still controlled the chamber and then opposing post-presidential impeachment afterward.

This too shall pass — if Trump lets it.