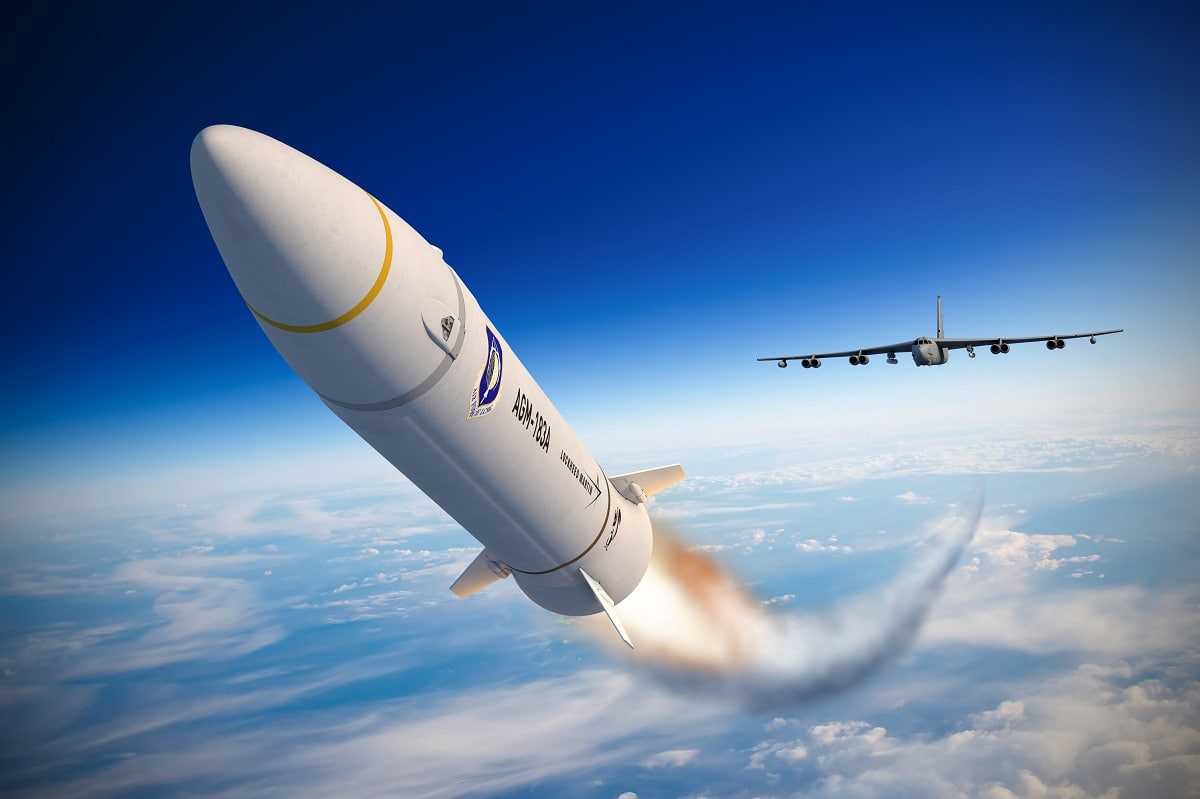 As a result, in March of this year, Congress halved funding for the hypersonic weapon platform, which put the procurement contract at risk.

However, after last spring’s successful test flights, it appeared that the ARRW program is flying straight and level.

This week, the Air Force announced that personnel at Barksdale Air Force Base (AFB), Louisiana had successfully taken the first steps toward implementing the first service’s first air-launched hypersonic weapon, and it is now scheduled to be operational as early as next fall.

The AGM-183 ARRW is a hypersonic air-to-ground missile that is equipped with a rocket motor that speeds it up to more than Mach 5 before it glides to its target. During this past May’s test flight, a U.S. Air Force B-52H Stratofortress successfully released the ARRW off the Southern California coast.

Following separation from the aircraft, the ARRW’s booster ignited and burned for the expected duration, achieving hypersonic speeds five times greater than the speed of sound.

New Weapon for an Old Warbird

The ARRW will soon be employed on the Air Force’s oldest bomber.

Airmen from the 2nd Maintenance Group, 307th Aircraft Maintenance Squadron, and civilians from the ARRW and B-52H Stratofortress Systems Programs Office recently validated loading procedures for what will be the Cold War-era’s B-52 Stratofortresses newest weapon.

According to the Air Force, by trial and error, Airmen and civilians developed the standard methods for attaching the weapon to the aircraft and unloading it. The ARRW is seen as a serious game changer for the Air Force as it is able to travel five times the speed of sound, giving combatant commanders the ability to hit time-sensitive targets with ease.

“It demonstrates the far-reaching capabilities of the B-52 and now it projects its combat capabilities even further with the ARRW system,” said Master Sgt. Caleb Nolen, Air Force Global Strike B-52 armament systems manager.

The process of developing the hypersonic weapon has been expedited because of the National Defense Authorization Act (NDAA) section 804 Rapid Prototyping, Rapid Fielding program, which allowed for swift weapon development in certain cases.

“The FY16 [fiscal year 2016] NDAA implemented section 804 as a means for programs to quickly prototype weapons within five years, and then a determination will be made if in fact the program was successful enough to move to Rapid Production phase,” said Bret Berryhill, ARRW logistics chief.

The ARRW is scheduled to begin live-fire testing and will subsequently be considered for rapid production.