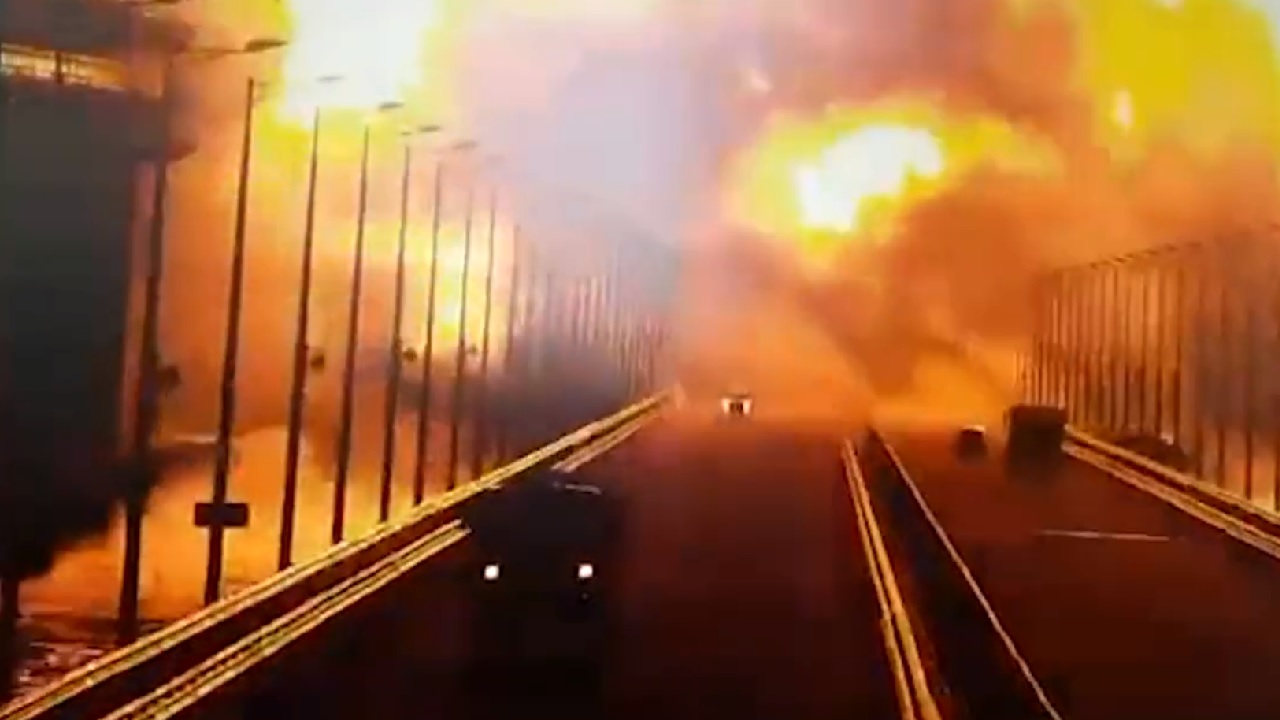 Putin Visits Partially Repaired Kerch Bridge – Vladimir Putin reportedly drove across the partially repaired Kerch Bridge in occupied Crimea on Monday. The Russian president’s visit to the bridge, which was damaged by a Ukrainian bomb on October 8, was the closest he has been to the front lines of the invasion.

According to a report by the Associated Press, the Russian president drove over the Kerch Bridge, which was partially destroyed by a Ukrainian attack only weeks ago.

The incident saw one-half of the bridge’s lanes collapse into the ocean, forcing Russian authorities to implement stricter security on the bridge to prevent more bombs or weapons from being transported over it.

According to the report, the Russian president “took the wheel of a Mercedes” and drove over the bridge, which connects mainland Russia with Crimea. Putin also reportedly spent time on the bridge discussing ongoing repairs with Deputy Prime Minister Marat Khusnullin.

Putin also reportedly spoke to workers involved in fixing the 12-mile-long bridge and stressed the importance of not only strengthening and repairing the Kerch Bridge but also building a new highway across the Sea of Azov, linking more parts of Russia with the peninsula.

Photographs of the Russian president’s visit were shared on Twitter by the Russian Ministry of Foreign Affairs.

“Russian President Vladimir Putin drove along a #CrimeanBridge lane repaired after the explosion on October 8,” the tweet reads, adding that Putin “inspected the restored section of the road.”

The post also ended with a hashtag that insisted “Crimea Is Russia.”

The visit was an opportunity for the Russian president to double down on his refusal to allow Ukrainian forces to take back control of the territory his military annexed in 2014, and may have been a warning to Ukraine not to go ahead with rumored plans to launch an offensive south from Kherson City to Crimea following the recent withdrawal of Russian troops.

Kerch Bridge Repairs Not Yet Complete

Repairs to the Kerch Bridge are still ongoing, and Putin’s suggestion that further links should be established between mainland Russia and the Crimean Peninsula reaffirms the Kremlin’s long-term commitment to the region.

The Kerch Bridge, currently the only way for passenger vehicles and heavy goods vehicles to travel to Crimea from the mainland, is not expected to be fully operational until at least July of next year, according to a document published on the Russian government’s website.