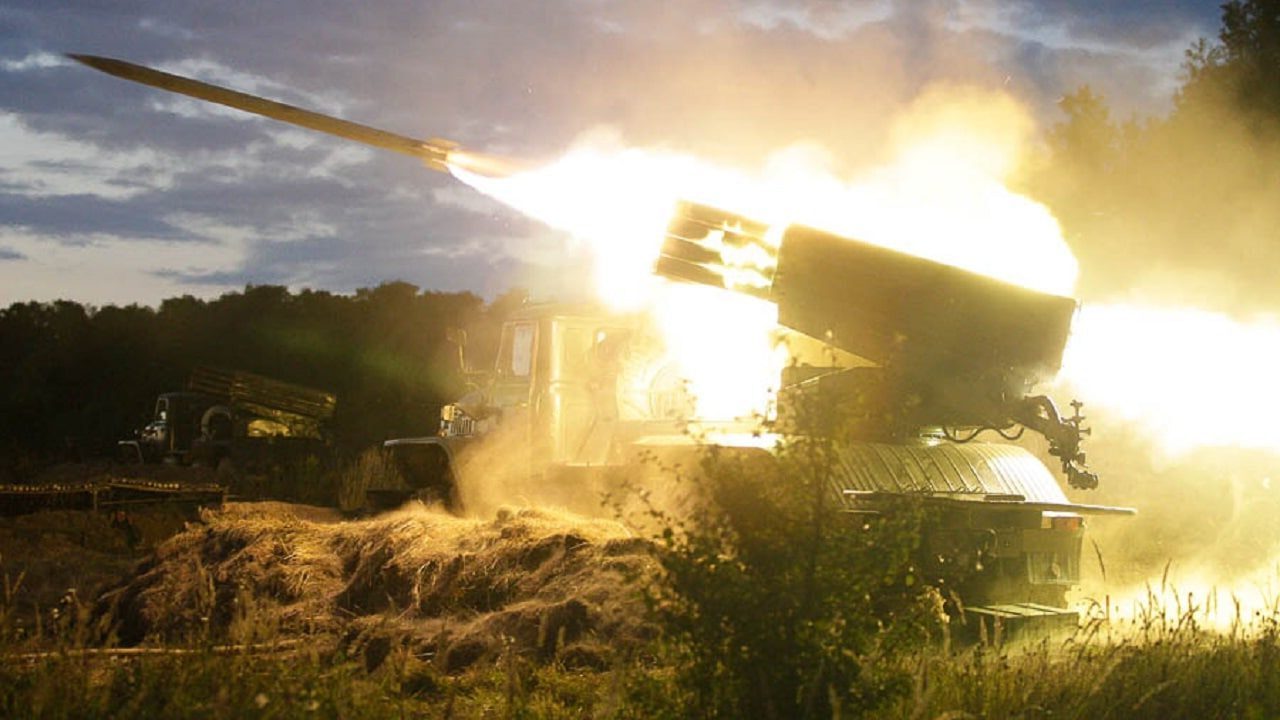 The Russia-Ukraine War as 2022 Comes to a Close: A recent New York Times expose on Russia’s military performance in the war’s opening rounds describes an army that was grossly ill-prepared for modern combat. Though the Ukrainian side has been justly lauded for its courage and tenacity, it too has made many egregious missteps. As we wrap up the final days of a tumultuous and violent 2022, it is useful to consider the performance of the two armies – and the support provided by their many backers – into context for clues as what 2023 may hold.

While the outcome can’t be predicted with any certainty, Washington is obligated to form the best policy possible, in this dynamic and unstable situation, to give our country the best chance at ensuring the interests of the United States are assured, no matter how the conflict is eventually resolved. The good news is Washington has within its power – at the moment – to virtually guarantee the U.S. remains secure, prosperous, and free.

The foundation of that confidence lies in the reality that the U.S. Armed Forces still retain the most robust air, land, sea, and space forces in the world. We have the natural, energy, and financial resources, along with the requisite human capital, to build and sustain the military capacity necessary to keep America safe from all potential aggressors.

What we must be very careful of, however, is the temptation to believe those resources are limitless and able to support an expansive, equally limitless foreign policy. More on this below, but it is vitally important, even with our abundance, that Washington carefully weigh potential missions or policies with a detailed cost-benefit analysis. Stretching ourselves too thin globally – or foolishly stumbling into a war with Russia – could place our security at unnecessary risk. The conflict raging in Ukraine illustrates the necessity of establishing well-conceived defense priorities.

This will be the first of a three-part analysis of the war as we close out 2022. These works will assess the current state of the war, look at where the conflict might go in the first half of 2023, and most importantly consider how Washington can and must ensure U.S. vital national interests are secured regardless of how the war may unfold.

Earlier this month, the New York Times published an extensive analysis of the reasons for Russia’s many military failures in the opening phases of its war with Ukraine. Titled merely “Putin’s War,” the assessment chronicles six primary reasons the Russian military failed in its initial war aims. The most crucial were a) tactical, operational, and strategic blunders; b) arrogance by Russian leaders; c) and institutional rot of the pre-war military buildup.

As I have covered many times in these pages, Russia indeed made a number of egregious, avoidable mistakes at the tactical, operational, and strategic levels of war. Tank crewmen were poorly trained. Small unit leaders did not appear to have even basic understanding of combat tactics. Higher level commanders chose to split the limited number of Russian troops allocated for the war into four axes, violating one of the most elemental principles of war: massing effects. By splitting their force by four, they handed Ukraine vital time necessary to survive the initial blows by massing their own troops on each axis, slowing and later stopping each thrust.

At the strategic level, Russian leaders set themselves up for failure in that they assumed they would win quickly and had no viable ‘plan B’ at the ready. It should be a basic understanding that in war, plans go awry with first enemy contact; commanders must anticipate setbacks and unexpected enemy successes, and have resourced and rehearsed contingency plans at the ready. Moscow doesn’t appear to have had a strategic reserve so that if one or more of the axes got bogged down, they could reinforce it with a reserve to push through and secure the objective. As it was, all four axes were met with unexpectedly strong resistance and there were no combat-ready units available to help any axis.

As disastrous, Russia’s most senior commanders failed to anticipate a tough, extended fight and thus launched the offensive with vastly insufficient stocks of ammunition, spare parts, fuel, and other required items necessary to sustain combat. When Putin finally accepted in September that the force he initially allocated for the mission would never succeed, he ordered a partial mobilization. But the Kremlin had been caught flat-footed again, and didn’t have anywhere near enough equipment to outfit 300,000 new troops, didn’t have their training base resourced with supplies or even instructors, and had not prepared the hundreds of armored vehicles mobilization required which were still in storage.

Russia started to learn from mistakes early but did so at a snail’s pace. In the third month of war, Russia suffered one of its most egregious tactical defeats when it tried to cross the Donets River with a large armored force. Owing to poor tactical planning and execution, the unit suffered a catastrophic defeat when Ukrainian forces wiped out nearly 500 Russians in the single operation. Eventually, however, Russia recovered, forced other river crossings, and by the beginning of July had taken the major cities of Mariupol, Severodonetsk, and Lysychansk. The successes, however, came at a premium cost.

Because Russian strategic leaders had refused to mobilize additional forces even after it was apparent the roughly 200,000 troops they had allocated for the invasion would never be enough, upon the capture of Lysychansk in July they were a spent force. They would require months to recoup and replace the losses, relying on a trickle of volunteers. Ukraine again took advantage of the mistake and began covertly preparing for a late summer twin offensive of their own.

In a recent interview, Ukrainian Ground Forces commander Gen. Oleksandr Syrsky said all of the Ukraine tactical “success are due to the face that we never go head-on” against the Russians. He skillfully demonstrated how effective that tactic can be in the northern part of the twin offensives, the Kharkiv region. Since April, Russia had manned the Kharkiv region with an economy-of-force mission whereby they keep just enough troops in an area to prevent the enemy from flanking their main force (which was the Kremlin’s focus on the Donbas). In yet another failure, however, Russian leaders became fixated on the fighting the main effort and missed Syrsky’s forces massing for a strike.

Ukraine’s southern prong of its twin offensive was in the Kherson region. Initially, Ukrainian attacking troops made slow progress, suffering very high casualties while gaining minimal ground. Russia had been preparing for this well-publicized attack and initially put up a stout defense. But Syrsky’s surprise offensive in the Kharkiv region caught the small Russian force – the BBC estimated the UAF outnumbered the Russians 8-to-1 – and routed them. By October the UAF had regained thousands of square kilometers and driven the Russians back to the Kreminna-Svatovo line.

Meanwhile, the southern wing of the attack took advantage of Russia’s now divided focus and put renewed pressure on the city of Kherson. Russia had spent months reinforcing the city of Kherson for an expected attack, but their efforts had been complicated by a relentless Ukrainian campaign to interdict supply lines across the Dniper River, without which it would be very difficult for Russia to sustain a defense.

New Russian campaign commander Gen. Sergey Surovikin eventually made the “difficult decision” to withdraw his troops from Kherson rather than fight for it. By the end of October, Ukraine had achieved successes against the Russians in both the north and south. But just as Russia’s summer offensive came at great cost, so too did Ukraine’s fall offensives.

On November 30, European Commission President Ursula von der Leyen apparently inadvertently let slip that Ukraine had lost 100,000 soldiers killed since the war had begun. Kyiv angrily denied the report, insisting the number was a mere 13,000. Though the official number seems implausibly low, the casualty count is a state secret. Yet regardless of what the actual number of dead and seriously wounded is, the impact has been significant on Kyiv’s troops.

Since making major gains in October and November, Ukraine’s offensives eventually ran out of steam and the front has generally stagnated along a line near Svatovo in the north, Bahkmut in the east, and the Dnipro River in the south. As 2022 winds down, both presidents are meeting with their senior commanders to consider what moves they’ll make as 2023 opens. Part II of this study will consider the possible options available to each military.