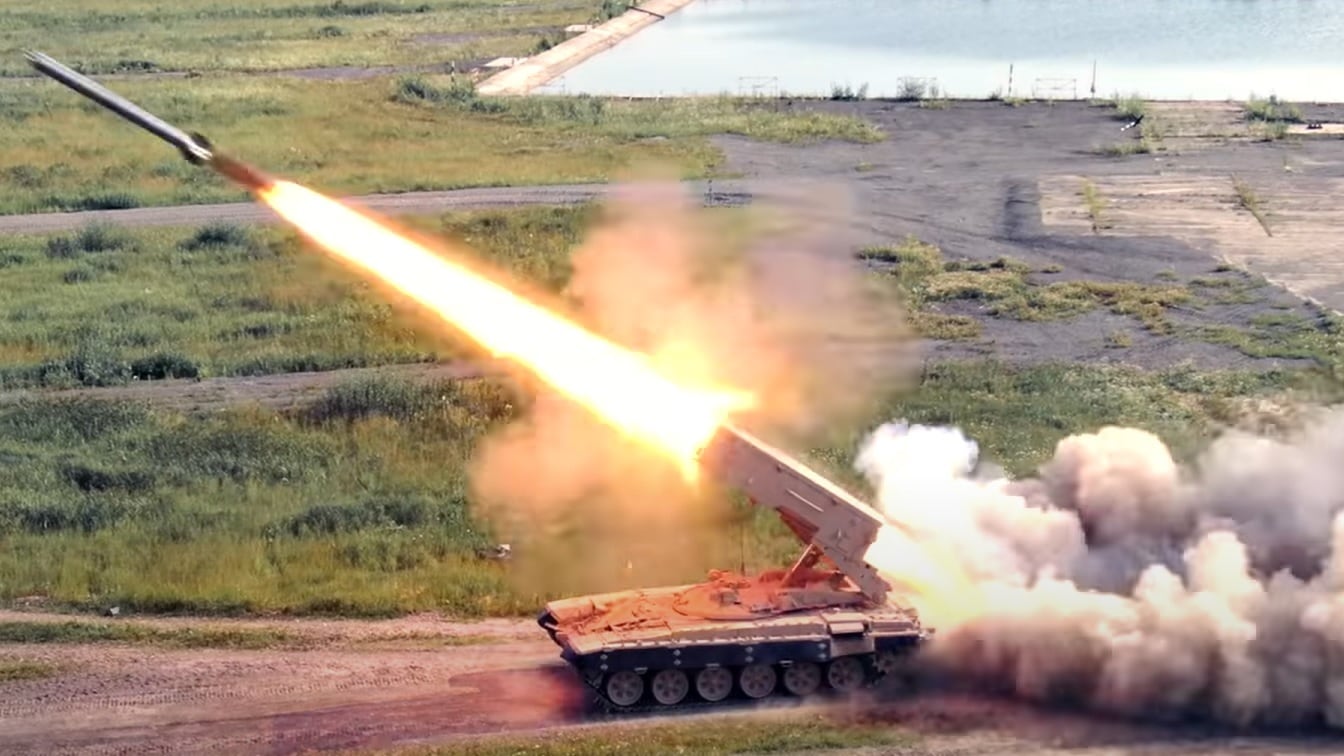 The Drone Wars Shifts in Ukraine’s Favor: The Kremlin has been forced to “freeze” the use of its Iranian-made kamikaze drones in Ukraine as winter has set in.

Apparently, these drones are made of plastics and other materials that aren’t frost resistant.

As a result, the unmanned aerial systems (UAS) don’t operate all that well in cold weather.

The Iranian drones reportedly were last used in the middle of November, coinciding with the first significant snowfalls of the season. Given that winters in Ukraine can be cold, with temperatures below freezing between December and March, the drones are likely to be grounded.

Russia had been employing the drones in large numbers against Ukrainian urban centers and critical infrastructure throughout the fall as its stockpiles of missiles and rockets are being depleted faster than they can be replenished. Despite that fact, in recent weeks, the Kremlin has ramped up its missile strikes – seemingly to pound the Ukrainian civilian population into submission.

Much of the country has been plunged into darkness as its energy grid suffers under repeated and prolonged attacks.

It was also just weeks ago that the British Ministry of Defence had suggested that Moscow was also running low on Iranian drones, including the Shahed-136. However, it could be that the stockpiles are not the issue, but rather Mother Nature apparently favoring Kyiv. Moscow is believed to have ordered thousands of drones, which could prove problematic for Ukraine come spring.

However, the winter could give the Ukrainians a much-needed respite from the drone attacks.

Kyiv is also being aided by multiple western nations with air defense systems, which are being used to address missile strikes and drone attacks. Among the recent platforms to see use has been the Gepard Flakpanzer, which was provided by Germany.

According to recent reports, Ukrainian crews have said they can detect the drones at a distance of 16 kilometers. However, they must use the Swiss-made ammunition – supplied by Germany – judiciously because Bern bans its export to Ukraine.

Attack of the Drones From Ukraine

Even as Russia may be forced to ground the Iranian Shahed-136 for the winter, Ukraine has successfully employed a number of Soviet-era recon drones in three strikes against Russian airbases this week.

While the satellite-controlled, missile-armed Bayraktar TB-2s that Kyiv acquired from Turkey have been used to great effect against Russian tank columns within Ukraine, the two strikes on Monday and the third attack on Wednesday were carried out using hardware dating back to the Cold War.

The Tupolev Tu-141S was developed for photo-reconnaissance missions for the Soviet Air Force, and was last used in the 1980s in Afghanistan.

However, what it lacks in sophistication, it clearly makes up for in speed. Able to fly 600 miles per hour, it is also large enough that it could be packed with explosives. By removing the camera, it essentially becomes a cruise missile. And in an almost ironic twist, the ramp-launched drones were originally built at a factory in Kharkiv, in Eastern Ukraine, and are now being used against Moscow’s forces!

The strikes on Russia’s airbases had been seen as a humiliation for the Kremlin, and even for President Vladimir Putin. The fact that these were Soviet-designed, and Soviet-produced weapons likely made it even worse.

The weather may have grounded the seemingly state-of-the-art Shahed-136, but the Ukrainians are more than making do with the Tu-141S.

A Senior Editor for 19FortyFive, Peter Suciu is a Michigan-based writer. He has contributed to more than four dozen magazines, newspapers, and websites with over 3,000 published pieces over a twenty-year career in journalism.

In this article:Drones, Russia, Shahed-136, Ukraine, War in Ukraine