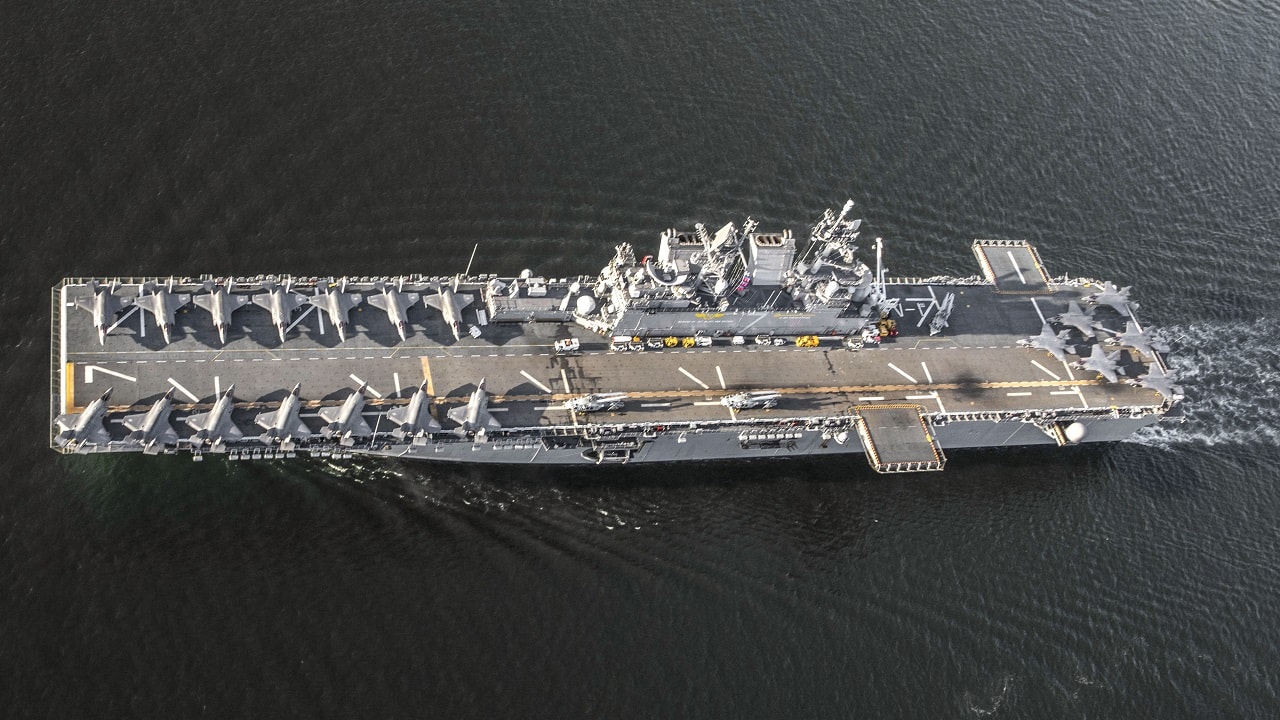 USS Tripoli is making U.S. Navy history: There has been much hype around the United States Navy’s newest and largest aircraft carrier USS Gerald R. Ford (CVN-78), which just completed her first overseas deployment, where the carrier and her strike group operated alongside eight NATO allies.

On Saturday, the supercarrier returned to her homeport of Norfolk, Virginia where she will prepare for an even longer deployment in the New Year.

On the other side of the country, another U.S. Navy flattop also returned to her homeport this week following a seven-month maiden deployment.

The warship’s deployment to the U.S. 3rd and 7th Fleet areas of operations was particularly significant for its diplomatic and military engagements with regional partners and Allies, as well as successful integration with the 31st Marine Expeditionary Unit (MEU) to support maritime security operations, theater security cooperation, crisis response, and maintaining a forward Navy-Marine Corps presence.

“I am proud of Tripoli for a successful first deployment,” said Rear Adm. James Kirk, commander, Expeditionary Strike Group (ESG) 3. “The ship and crew are on the leading edge, setting the example and testing the limits of the assault ship.

LHAs are designed to support the future of the Marine Corps Air Combat Element, and Tripoli has done just that. I am excited to see what else they can bring to the fight.”

The Navy and Marine Corps team seamlessly integrated to complete training and certification exercises before joining the Armed Forces of the Philippines for bilateral exercise Kamandag 2022, the Navy announced. During the operations, the crew completed 2,052 hours of flight operations and traveled 40,303 nautical miles during exercise support. Tripoli also operated alongside other partners and Allies throughout the Indo-Pacific during the deployment, including Japan and the Republic of Singapore.

Port calls during her maiden deployment included stops in Tasmania, Australia, Japan, Singapore, and the Philippines.

“The Sailors and Marines aboard Tripoli went above and beyond during this deployment to demonstrate the unique capabilities of this ship,” said Capt. John C. Kiefaber, USS Tripoli‘s commanding officer. “Whether it was launching and recovering aircraft at night, acting as a base of operations for the 31st Marine Expeditionary Unit to conduct operations ashore, or serving as an instrument of diplomacy to our ally and partner nations, the crew performed their duties professionally and demonstrated why they are the Navy’s greatest asset. I couldn’t be more proud.”

The second American-class LHA is also the third U.S. Navy ship named in honor of U.S. Marines and approximately 370 soldiers from 11 other nationalities who captured the city of Derna, Libya, during the 1805 Battle of Derna.

Construction of the vessel began in June 2014, and she was commissioned in July 2020 administratively via naval message, due to public health safety and restrictions of large public gatherings related to the coronavirus pandemic.

The design of USS Tripoli is based on the USS Makin Island, which is an improved version of the United States Navy’s Wasp-class amphibious assault ship. Like the USS America (LHA-6), the ship was constructed without a well deck for landing craft, which allowed for an extended hanger deck with two significantly wider high bay areas, each fitted with an overhead crane for aircraft maintenance.

These flattops provide the ability to operate seamlessly and simultaneously on the sea, ashore, and in the air allowing the integration of forces to be distributed more broadly, and increasing operational unpredictability anywhere around the globe by varying our domain, forces, and timing.