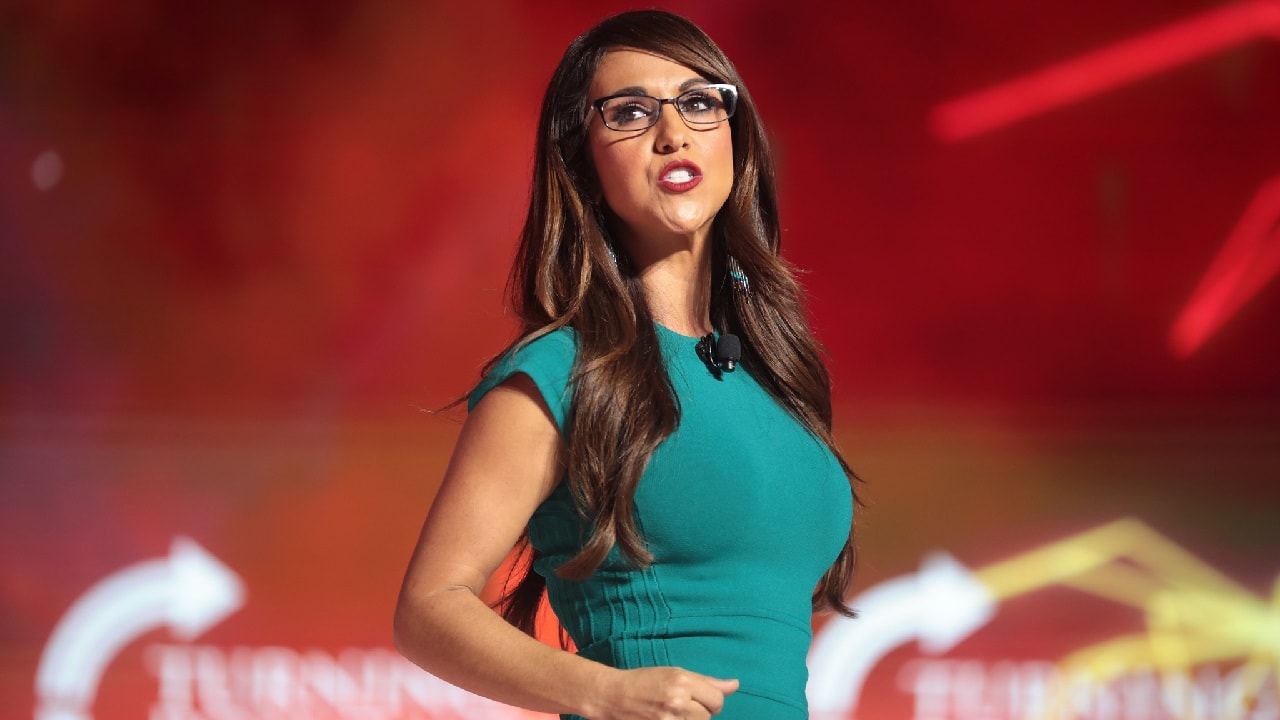 U.S. Congresswoman Lauren Boebert speaking with attendees at the 2022 Student Action Summit at the Tampa Convention Center in Tampa, Florida.

Marjorie Taylor Greene and Lauren Boebert had a bathroom fight: The names of Rep. Marjorie Taylor Greene (R-GA) and Rep. Lauren Boebert (R-CO) have been intertwined ever since they both entered Congress after the 2020 election. They were the first two members of Congress who had been associated with a certain form of conspiracism, connected to QAnon, although both have since distanced themselves from that.

Last March, the two were shown, side by side, heckling President Joe Biden during his State of the Union address, even trying to start a “build the wall” chant.

Since then, however, there have been indications that Greene and Boebert have had a falling out.

The two ended up on opposite sides of the House Speaker fight earlier this month, with Greene supporting Kevin McCarthy’s candidacy and Boebert part of the group that opposed it, and the two sniped at each other. Greene is believed to have backed McCarthy early in the process, with the understanding that she would have her committee assignments restored after they were pulled at the beginning of the last Congress.

During the Speaker vote drama, Boebert mocked Greene’s alleged belief in “Jewish space lasers,” and Greene in turn denounced Boebert for “high school drama and media sound bites,” while noting that Boebert had won her re-election by a surprisingly narrow margin.

In addition, the two Congresswomen are at odds over aid to Ukraine, with Boebert in favor of continuing to provide it and Greene opposed.

Now, there’s new reporting with new background about the feud between the two Congresswomen who appeared to be friends early on in their time in Congress- including a confrontation that took place between them.

According to the Daily Beast, while Boebert continued to sit with conservative dissidents during the endgame of the speaker fight, Greene did not. The Beast reported that a few days earlier, Greene and Boebert had engaged in a “screaming match” in the Speaker’s lobby ladies’ room. The fight had taken place on the first day of the new Congress on January 3.

“Greene questioned Boebert’s loyalty to McCarthy, and after a few words were exchanged, Boebert stormed out,” a source told the Daily Beast.

Another source told the outlet that Greene said to Boebert that “you were OK taking millions of dollars from McCarthy but you refuse to vote for him for Speaker, Lauren?,” with Boebert confronting Greene as she left a bathroom stall.

The first source told said that Boebert told Greene “don’t be ugly,” before she “ran out like a little schoolgirl.”

As reported in the Washington Post in 2011, a women’s restroom was finally added to the Speaker’s Lobby for the first time that year, even though Nancy Pelosi had become the first woman to serve as Speaker of the House four years earlier, in 2007.

It is not the first confrontation between Greene and Boebert that has made its way into the press.

“Privately, Republicans say Boebert (R-Colo.) — who’s seen as more of a party team player than Greene — detests being tied to her Georgia colleague,” Politico reported last April, as part of a larger piece about different schisms within the House Freedom Caucus. “And when the House Freedom Caucus board of directors gathered last month at its usual spot a few blocks from the Capitol, the two tangled over Greene’s appearance at a February event organized by a known white nationalist.”

The report continued that at least one person in that meeting feared that the confrontation “might escalate beyond the verbal cage match had another board member not stepped in to de-escalate.”

The Daily Beast report this week said that Greene is on Trump’s “short list” for the vice presidential nod in 2024.