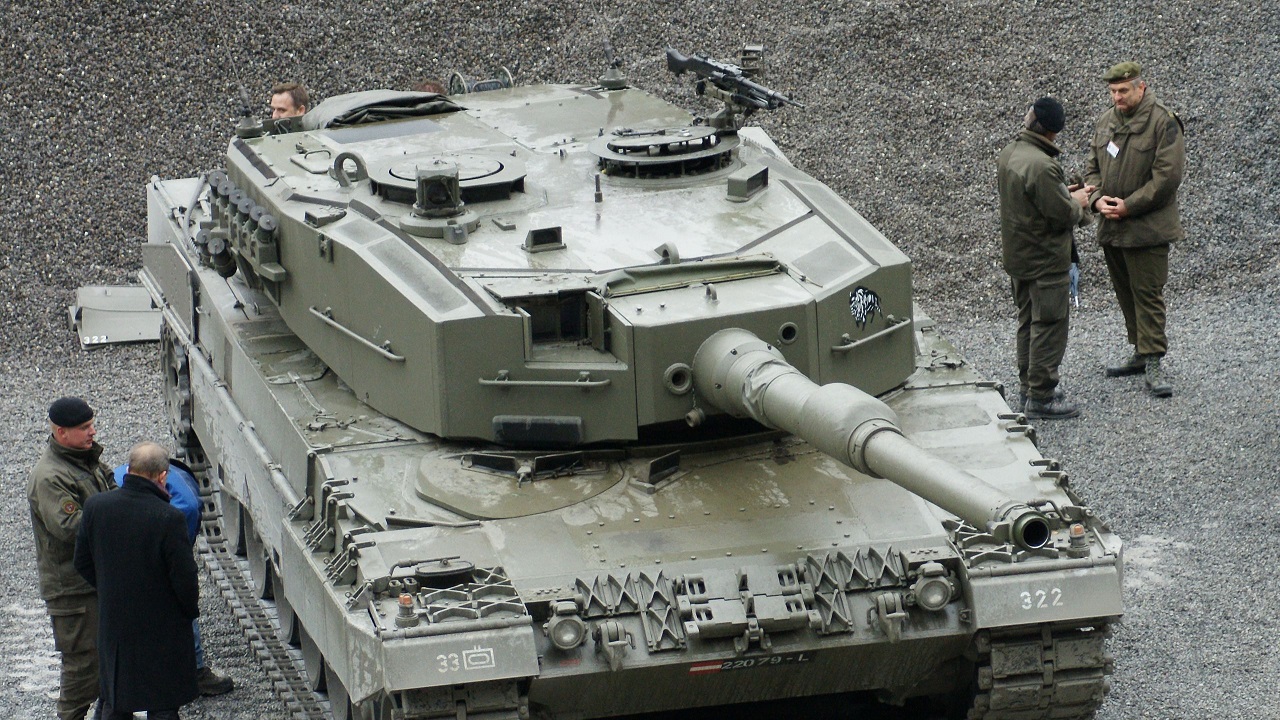 Why so much drama over Leopard 2: The Western world has recently made its greatest pledges yet of heavy weaponry to Ukraine. Washington has expressed support for Kyiv in taking back Crimea. Eastern European nations aim to send tanks to the country for mechanized offensives akin to Ukraine’s campaigns in Kharkiv and Kherson.

Ukraine’s battlefield success in late 2022 has not deterred Russia from its imperial ambitions.

Because of this, a coalition of 50 states has realized that Ukraine needs weapons not only to resist Russian invasion, but to win the war and convince Moscow to negotiate fairly. One of Kyiv’s biggest requests to that effect is the German-produced Leopard 2 tanks.

However, Germany is reluctant to send weapons, and especially the Leopard 2 tank. Blaming non-cooperation by the United States over a joint tank transfer, Berlin is using the argument to distract from their own problem with Russian influence. Moscow benefits from the strife.

Leopard 2: Why So Important

The Leopard 2 is one of the most highly efficient tanks produced today. Various European nations have the systems, along with the logistical chains to repair and replenish them. Despite this, the German government has been reluctant to send them, even with a pledge by various states in NATO to send multiple systems jointly. Scholz’s government has insisted that it won’t give the green light on Leopards unless the Biden administration sends Abrams tanks simultaneously.

A major problem with sending Abrams is that they require jet fuel, which is prohibitively expensive. Abrams are almost exclusive to American forces, so training the Ukrainians to use them would require additional time, whereas the Leopards are more easily adaptable and have a stronger logistical network, especially in Eastern Europe.

Beyond the Leopard 2: German-American Disputes

The tank dispute is only Berlin and Washington’s latest disagreement. Then-President Donald Trump criticized then-Chancellor Angela Merkel over Europe’s dependence on American aid and military bases in Europe. In 2018, he was mocked by German diplomats at the United Nations for pointing out Berlin’s energy dependence on Russia, even as many predicted Moscow would use energy as a weapon against Europe in the future.

Since Russia’s invasion, the U.S has been Kyiv’s major backer, with the provision of javelins and HIMARS systems helping Ukraine turn the war in its favor.

Ukraine has recently requested weapons that would allow it to go on a full offensive. Liberating the flat lands of Zaporizhzhia and well-defended areas in the Donbas and Crimea will require combined arms operations. Ukrainian President Volodymyr Zelensky has specifically asked for Leopards, and a coalition of countries recently pledged to send these tanks once they have the green light from Germany — but the ruling SPD party is holding back that permission.

Business Insider reported that former German Defense Minister Christine Lambrecht blocked the German military from making an inventory of the Leopards before she stepped down. Berlin has also expressed fears their tanks will be used on Russian territory, despite Ukrainian insistence they are only interested in liberating their own country.

Nostalgia for Russia in Germany

Perhaps a major problem is Germany’s close recent relations with Russia – a relationship largely expressed through partnership with Gazprom – as well as historical ties going back to the Cold War. East German residents indoctrinated by the Soviet system assumed leadership positions in Germany after the country’s reunification and continued pursuing strong relations with Moscow, even when the Kremlin continued its imperial push. The far-right AfD and far-left Die Linke are some of the biggest pro-Russian parties in Europe. The AfD visits the Kremlin and participates in Russian events. Die Linke maintains its ties to Russia out of Soviet nostalgia, and the AfD is one of the principal far-right European parties that the Kremlin supports.

Meanwhile, German chancellors have come under harsh scrutiny for their own ties to Moscow. Former Chancellor Gerhard Schroder was very close to the Kremlin, actively working in Russian state-owned companies after his chancellorship and serving a key role in establishing German-Russian energy relations after the Cold War. Current Chancellor Olaf Scholz has dismissed calls to apply sanctions to Schroder due to his close ties with Moscow.

Angela Merkel’s past and her policies with regards to Russia have proven to be a big problem. Originally sympathetic to the Soviet Union and a member of the Free German Youth, a Marxist-Leninist group, Merkel never wavered in her policies regarding the Nord Stream pipeline and Putin’s aggression. This set of policies included a veto of Ukraine’s NATO membership bid in 2008 –- a costly decision, considering Russia historically has never invaded a country under the NATO umbrella.

Failure to Realize they’re too Dependent on the U.S

The German government is too stubborn to admit they have become so dependent on the U.S military for Germany’s own security. Despite being a top-five global economy, Germany has consistently failed to spend the agreed 2% of GDP that NATO members are called upon to allocate to defense. For reference, Greece, and Estonia, despite their inflation and economic turbulence, have consistently met the GDP requirements. The GDP requirement came under close scrutiny in 2018, as only five NATO members at the time met the allocation requirements. When Russia invaded Ukraine, other members started to make strides toward fulfilling defense requirements and remilitarizing — but Berlin once again failed to meet its obligations in 2023.

The war in Ukraine has become a duel of artillery, and as such, tanks and infantry fighting vehicles have become ever more important. German indecisiveness has been used by Russian propaganda, providing a psychological victory, especially as their current assaults in Soledar and Bakhmut have been gaining headlines.

Germany has once again shown the continent is not prepared to handle its own security without help from the American defense industry. With the U.S preparing to put an operational focus on reinforcing the Asian Pacific, European leaders must organize themselves. Washington cannot be there forever to bail them out.

Julian McBride is a forensic anthropologist and independent journalist born in New York. He reports and documents the plight of people around the world who are affected by conflicts, rogue geopolitics, and war, and also tells the stories of war victims whose voices are never heard. Julian is the founder and director of the Reflections of War Initiative (ROW), an anthropological NGO which aims to tell the stories of the victims of war through art therapy. As a former Marine, he uses this technique not only to help heal PTSD but also to share people’s stories through art, which conveys “the message of the brutality of war better than most news organizations.”

Julian McBride, a former U.S. Marine, is a forensic anthropologist and independent journalist born in New York. He reports and documents the plight of people around the world who are affected by conflicts, rogue geopolitics, and war, and also tells the stories of war victims whose voices are never heard. Julian is the founder and director of the Reflections of War Initiative (ROW), an anthropological NGO which aims to tell the stories of the victims of war through art therapy. As a former Marine, he uses this technique not only to help heal PTSD but also to share people’s stories through art, which conveys “the message of the brutality of war better than most news organizations.”