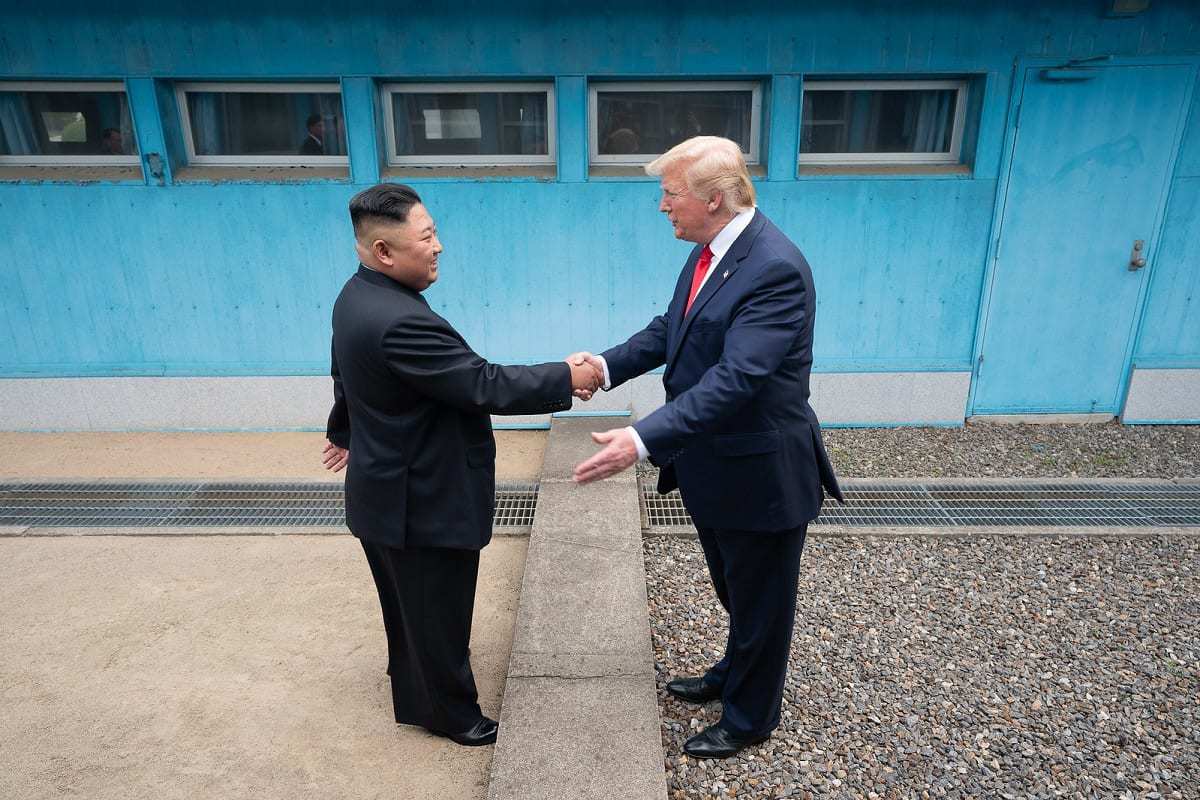 I was lucky to have Tom Nichols as a mentor and professor rough a decade ago and I have always found his honest and thought-provoking analysis a must-read–even if I disagree sometimes.

As part of a book project on the Trump Administration strategy on North Korea (DPRK), I had to make sure I put his take and ideas in the book. Here is what he told about Trump DPRK strategy and what he would tell a Biden Administration to when it comes to the Kim regime (Note: these are his own personal views and are no way the views of the U.S. government):

First, give us a sense of where you stand on Trump’s North Korea policy overall. If you have to rank it on a scale of 1 to ten, ten being perfect, what would you grade it and why?

The President does not have a North Korea “policy,” he had an interest in North Korea as a driver of personal approval and political advantage, and when that didn’t pan out, he lost interest and gave up. Insofar as this is anything that one could rate with a number, I’d give him a 2, only because he managed to open something like dialogue. He then used that opening to make North Korea and Kim Jong Un into peers of the United States and its president, and got nothing in return. There’s a reason that no president has met with a North Korean leader, and now we see that reason in stark relief. Kim, like any other leader whose intelligence services would have done a full psychological profile of Trump, know exactly how to manipulate him, and the North Koreans made impressive gains for themselves out of Trump’s ignorance and vanity.

Next, do you think Trump could have done something different? Would sticking with sanctions longer been a better strategy?

Trump should have avoided North Korea entirely; the result wouldn’t be any worse than what we have today. But that would have required Trump to be a different person, one focused on a domestic agenda (which would have been his excuse for ignoring Kim) while letting others work the problem out of sight and at lower levels.

I have been making the rounds for this book project asking a tough question that many analysts don’t want to answer: Is North Korea past the point in its nuclear weapons development where we simply have to accept it and work on arms control with them? What do you think?

I’ll say it out loud: We are past prevention or rollback. We now have to think about containment and deterrence.

How do you think a Joe Biden administration would take on North Korea? How would you advise them if you were asked to take on this challenge?

If I were advising Biden, I would tell him to say to Pyongyang what I think he should say to every major capital in the world, both friendly and hostile: “Do not draw any conclusions from the anomaly of the last four years. Trump was an accident of history, a dark chapter we have now closed. If you are our friend, we are back and we are here to mend our relationship with you. If you are our enemy, do not for a moment rely on the hope that this administration will indulge you the way its predecessor did.” In the case of North Korea, I would add: “You made gains over the past few years that you should not have made. That is beyond our control and part of the reality of our mutual situation. If you are wise, you should use those gains to retrench at home and avoid further conflict with us or your neighbors. Any other course would be foolish and could lead to a disaster from which you will not recover.”