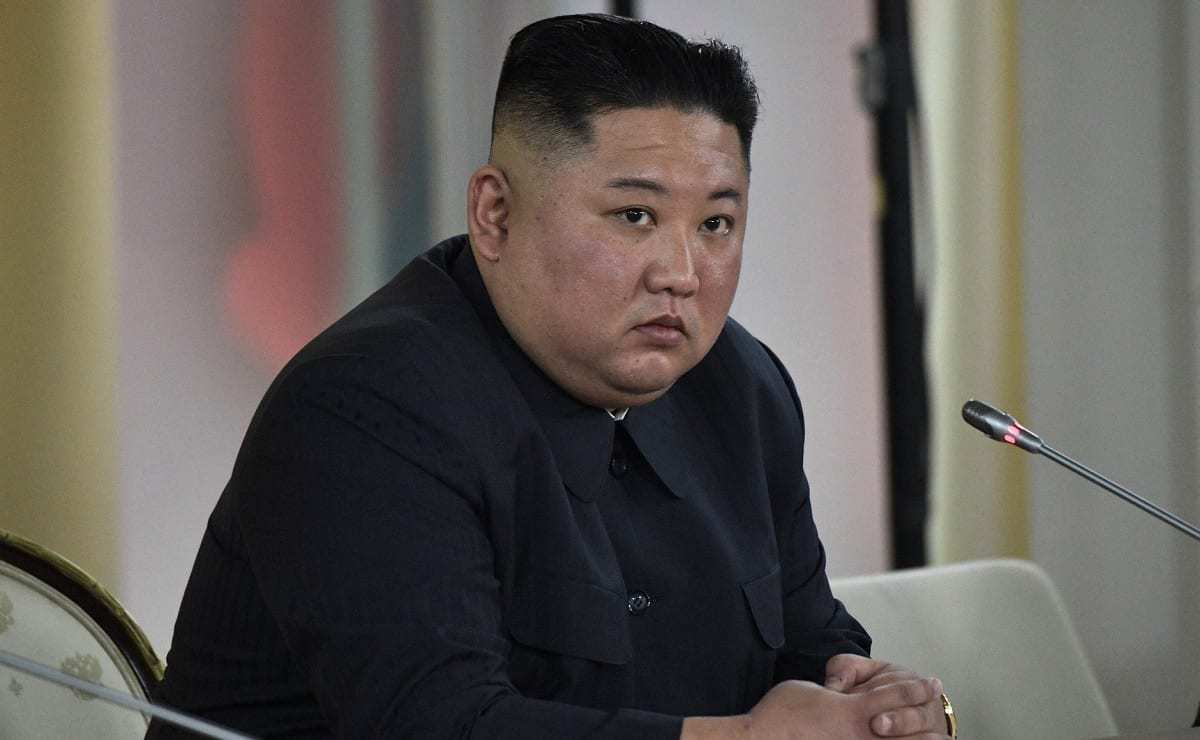 The following is the full transcript of remarks by North Korea’s UN Ambassador, Kim Song, to the UN General Assembly yesterday that made some headlines but was sadly lost in all of the runup to the Donald Trump-Joe Biden debate. Here is what he said:

On behalf of the Delegation of the Democratic People’s Republic of Korea (DPRK), I would like to congratulate you, Mr. Volkan Bozkir, on your election as President of the 75th Session of the United Nations General Assembly. I am confident that under your able stewardship, this session will come to an excellent fruition.

The current session of the UN General Assembly is taking place under the unprecedented circumstances whereby the world pandemic has claimed more than one million precious lives and plunged the whole world into extreme anxieties and chaos.

The delegation of the DPR Korea takes this opportunity to offer deep sympathies and condolences to the bereaved families whose beloved ones lost their lives and to the governments of all countries that have suffered enormous human and material losses due to COVID-19.

We would also like to extend firm solidarity to all the medical workers of every country and to the World Health Organization and other international organizations that are making unreserved efforts for the sacred cause for preventing the spread of pandemic and saving humankind.

Today’s stern reality, where COVID-19 is ever more becoming serious as days go by, requires the governments of all countries to display effective leadership with a sense of heavy responsibility for the safety of their people’s lives.

Thanks to the far-sighted leadership of the government of the DPRK taking the people-first policy as its political philosophy and idea, anti-epidemic situation in our country is now under safe and stable control.

At the early stage of the outbreak of Covid-19, Chairman Kim Jong Un of the State Affairs Commission of the DPR Korea, with his extraordinary wisdom and strong determination, ensured that pre-emptive, timely and strong emergency anti-epidemic measures were taken to prevent the inflow and spread of the pandemic.

In response to the continuing world pandemic infections, a series of state measures are now being taken to block the virus inflow into the country and all people adhere strictly to anti-epidemic regulations while maintaining the highest alert.

The Government of the DPRK will not tolerate even a smallest bit of slackness or concession, but further strengthen the state emergency anti-epidemic measures until the danger of the pandemic inflow is completely eliminated, thus firmly safeguarding the safety of the people and the security of the state.

Building a peaceful world without war is the consistent goal of the government of the DPRK.

During the past several decades, we have done everything possible to safeguard peace and security on the Korean peninsula and in the region.

This notwithstanding, the nuclear threat on DPRK continues unabated along with all sorts of hostile acts taking place before the very eyes.

It is an undeniable reality of today that cutting-edge military hardware including stealth fighters continue to be introduced into the Korean peninsula and nuclear strike means of all kinds are directly aimed at the DPRK.

The conclusion we have drawn is that peace never comes of itself by mere wish of one side and it is not granted by someone else either.

In the present world, where high-handedness based on strength is rampant, genuine peace can only be safeguarded when one possesses the absolute strength to prevent war itself.

As we have obtained the reliable and effective war deterrent for self-defence by tightening our belts, peace and security of the Korean peninsula and the region are now firmly defended.

Based on its reliable guarantee for safeguarding the security of the state and people, the DPRK is now directing all its efforts to economic construction at ease.

It is a matter of fact that we badly need an external environment favourable for economic construction. But, we cannot sell off our dignity just in a hope for brilliant transformation – the dignity which we have defended as valuable as our own life. This is our steadfast position.

At the historic 5th Plenary Meeting of the 7th Central Committee of the Workers’ Party of Korea (WPK) held in December last year, Chairman Kim Jong Un of the State Affairs Commission of the DPRK put forward an idea of breaking through the difficulties ahead of our socialist construction by confronting them head-on by dint of self-reliance.

Great projects are being completed successively on the basis of self-reliance and self-development in moving forward to celebrate the 75th founding anniversary of the Workers’ Party of Korea with brilliant labor achievements.

At a time when the world was despairingly drawn into a catastrophe of pandemic crisis, we in the DPRK launched the construction of Pyongyang General Hospital as a modern medical service facility for the people and its construction is now dynamically propelled in its final stage.

Although we suffered considerable losses due to unexpected natural disasters this year, we are vigorously striving to remove the flood and typhoon damages by ourselves and stabilize the people’s life in a short period of time.

The maneuvers of hostile forces to stifle the DPRK and other numerous difficulties will continue impeding our advance. However, the struggle of the DPRK to overcome them and open up a road to prosperity by its own efforts will also be further intensified.

It has been 75 years since the United Nations took its first step. Humankind is looking back on the 75 years that have passed together with the UN, and at the same time, picturing a better future.

The main theme of this General Debate; “The future we want, the United Nations we need: reaffirming our collective commitment to multilateralism” reflects the demand of the absolute majority member states of the UN for building a peaceful and prosperous world on the basis of multilateralism.

Multilateralism makes it possible to achieve peace, security and sustainable development by establishing cooperative relations among member states based on recognizing different ideas, systems, cultures and values. It should be encouraged and promoted as it fully accords with the purposes and principles enshrined in the UN Charter.

The time is gone when an individual country used to hold sway over the international politics unilaterally imposing its will upon the world. And multilateralism has become an irresistible global trend.

The future wanted by humankind is an independent world, free from domination, subordination, aggression and interference, and the sovereignty and equality of all countries and nations are ensured. The United Nations is needed for achieving this purpose.

The United Nations should firmly adhere to the principle of sovereign equality, mutual respect, impartiality and objectivity, observe zero tolerance of high-handedness and arbitrariness and eliminate the biased and double-standard practices in all its activities in conformity with its purposes and principles stipulated in the Charter.

It is from this viewpoint that we categorically denounce and reject the economic, trade and financial blockade against Cuba, an economic genocide which has continued for decades, as a gross violation of the UN Charter and the international law and an infringement on sovereignty, and we strongly demand its earliest termination.

We extend our invariable support and solidarity to the Syrian people in their struggle to regain Israeli-occupied Golan and defend its territorial integrity, as well as to the righteous cause of the people of Palestine to establish an independent state with East Quds as its capital.

We also extend our support and solidarity to the government and people of Venezuela in their struggle to reject interference of foreign forces and defend the sovereignty of the country.

The Democratic People’s Republic of Korea will develop good-neighborly and fraternal relations with all countries across the world that respect its sovereignty and are friendly to it, and will make determined efforts to safeguard peace and security of the region and the world at large.