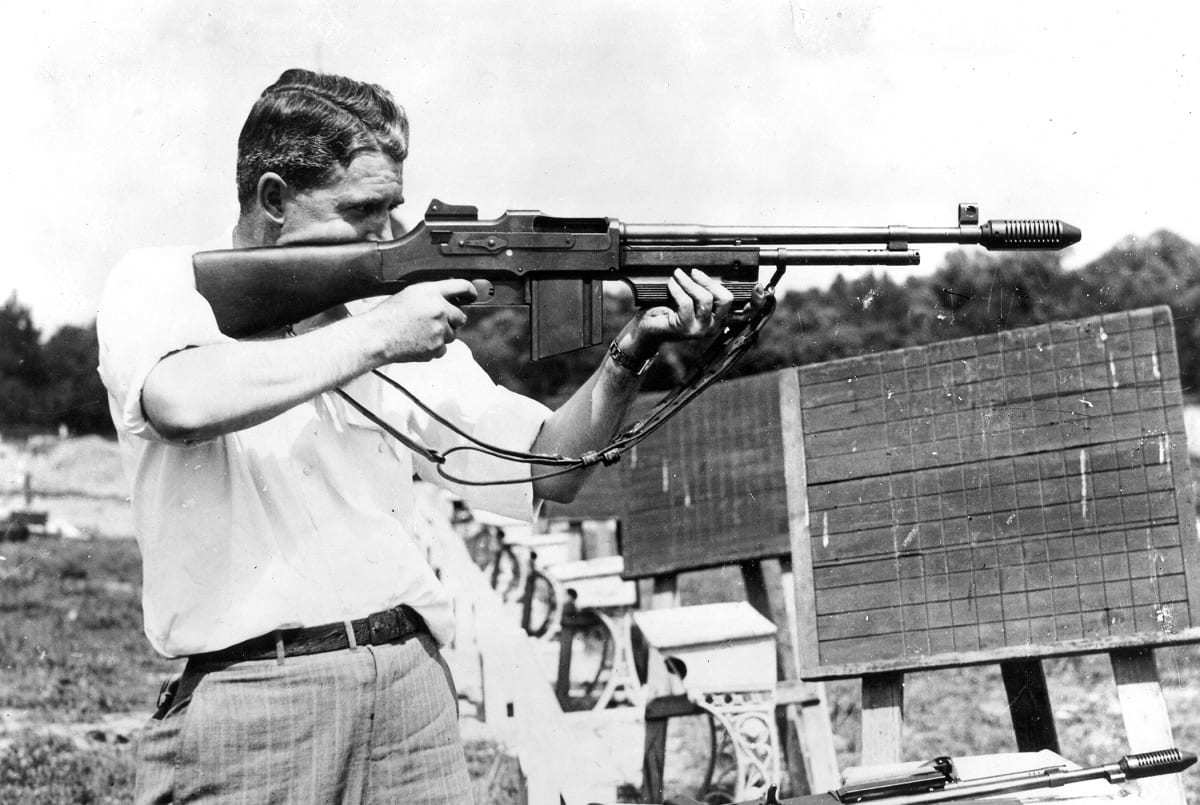 A strange fact: The Browning Automatic Rifle was loved by American GIs and criminals alike.

As the M1918 number designation indicates, the Browning Automatic Rifle (BAR) was issued to American soldiers during the end of the First World War. The select-fire weapon was capable of both semi- and fully-automatic firing and was intended to be used while on the move crossing no man’s land.

By firing from the hip, individual BAR operators could bring a high rate of firepower to bear on the enemy while crossing, as most machine guns at the time were much too heavy and unwieldy to be carried by a single soldier.

Though the BAR did put quite a bit of automatic firepower into the hands of the individual soldier and had significant weight advantages over crew-served machine guns, it was by no means light-weight. The original M1918 BAR weighed nearly 16 pounds, with subsequent variants tipping the scales at nearly 20 pounds.

Though the United States military was greatly reduced during the interwar years, the BAR was still issued to U.S. troops, and particularly to sailors and Marines.

There was however another group that took a keen interest in the BAR as well: the criminal underworld.

Due in part to the historic economic slump created by the Great Depression, demand for the Colt Monitor, a civilian version of the BAR, was rather limited. High costs and no practical application were contributing factors. Criminal groups were the exception.

The BAR’s high rate of fire combined with the powerful, full-size .30-06 rifle cartridge understandably appealed to bootleggers, bank robbers, kidnappers, and the like — and commanded high prices. Some estimates list a price point of $5,000 dollars for a BAR, a price that would be high for a rifle now, and an unheard-of sum of money during the Great Depression. 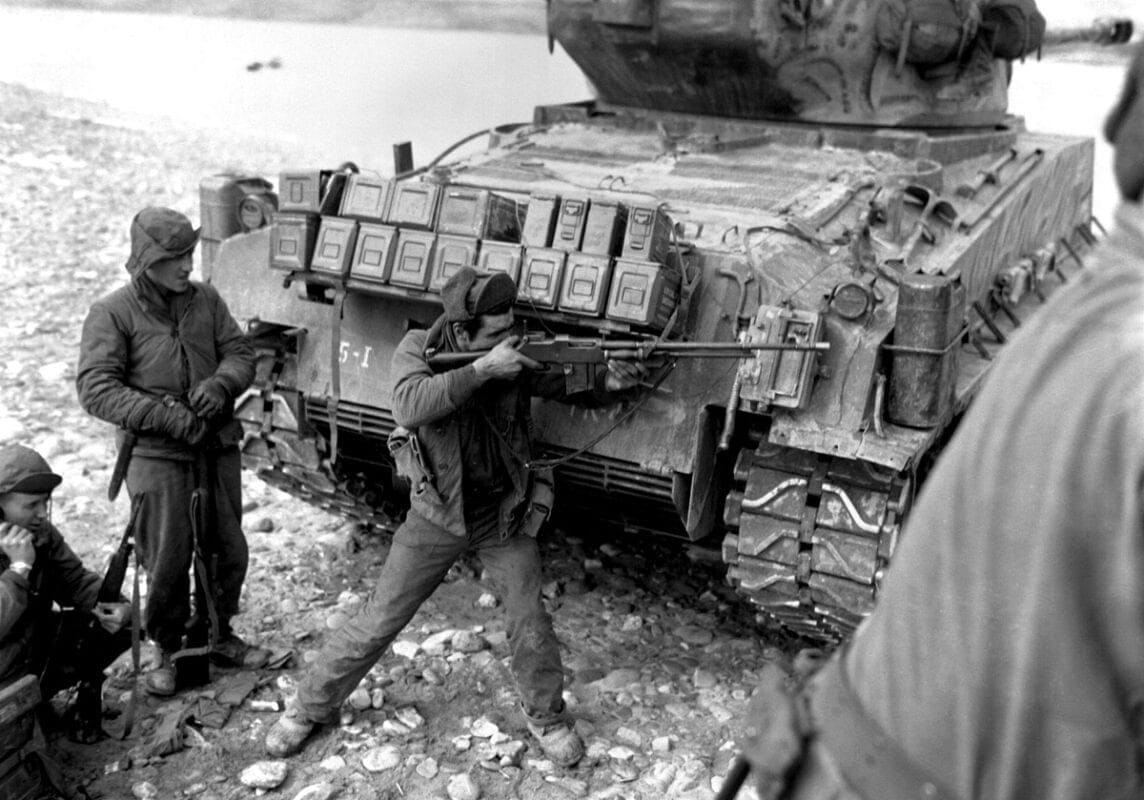 Taking cover behind their tank escort, one man of this ranger patrol of the 5th RCT, U.S. 24th Infantry Division, uses his BAR to return the heavy Chinese Communist small arms and mortar fire which has them pinned down on the bank of the Han River. At left another soldier uses a field radio to report the situation to headquarters. NARA FILE#: 111-SC-358782

One famous duo, the bank heist couple popularly known as Bonnie and Clyde, favored the Browning Automatic Rifle too.

At the time of the couple’s death at the hands of a Texas Ranger-organized posse, they have been traveling in rural Louisiana in a Ford card. The posse ambushed the couple from positions along the road. Armed with automatic rifles, shotguns, and assortments of pistols, Bonnie and Clyde’s bodies were shattered.

After the ambush, the couple’s car was searched. Among the thousands of rounds of ammunition and over a dozen guns the couple had between them were around a hundred BAR magazines — and two Browning Automatic Rifles.

The BAR was issued in large numbers to American servicemen during both World War II and Korea. In those conflicts, and especially in the Pacific theater, the BAR was a favored point weapon while on patrol, thanks to the .30-06’s superior penetration power through jungle foliage — a lesson that was relearned during Vietnam by special operations troops.

And though the weapon was known for being rugged, it needed to be carefully cleaned and lubricated in order to remain reliable. But, if this could be done, BAR operators expected no trouble.

Though an imperfect design, the Browning Automatic Rifle fulfilled the American need for a more portable machine gun, a role it served in until Vietnam, though in very limited numbers by select special operations soldiers.

Be they American Doughboys, Marines in the Pacific, Depression-era bank robbers, or Navy SEALS — everyone liked the Browning Automatic Rifle.