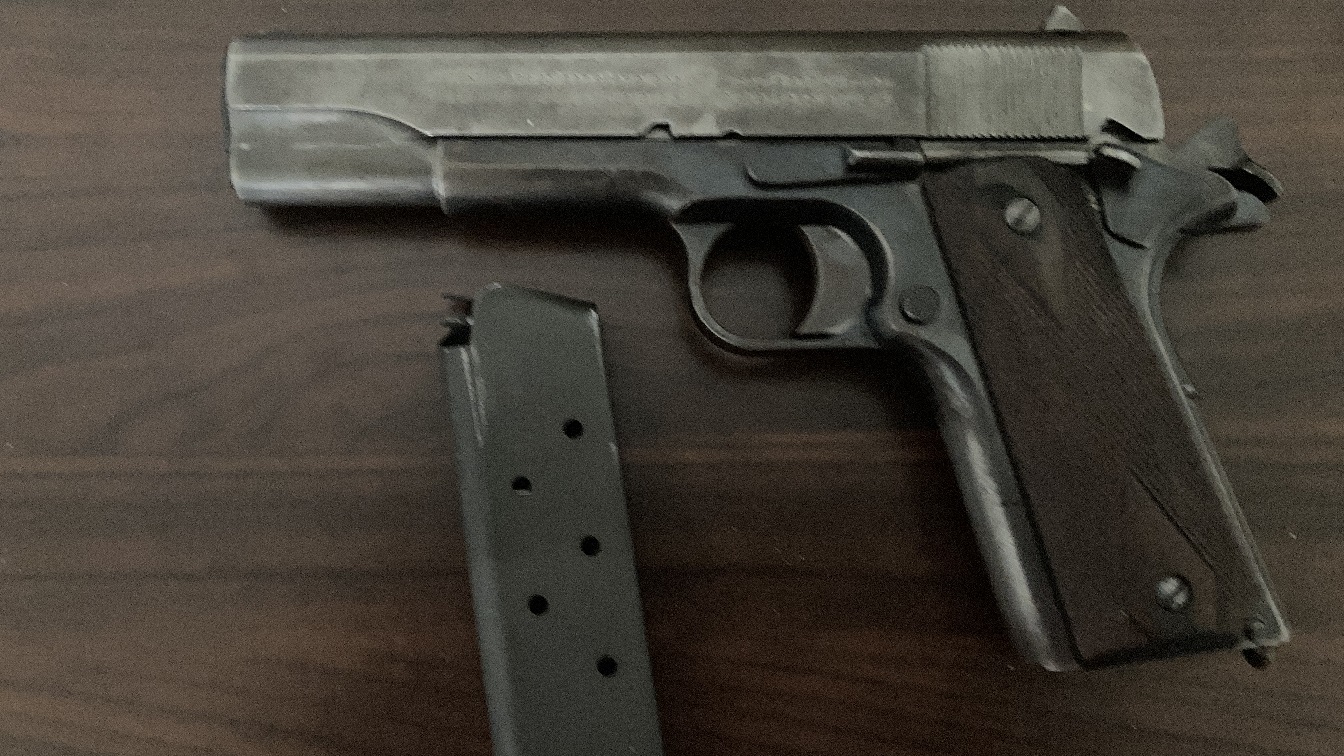 A gun expert with decades of experience reviews and tests a World War I Colt M1911: Call me old-school (heck, I did just celebrate my 47th birthday after all), but y’know, when it comes to certain consumer products of the mechanical kind, there’s just something to be said for the old-school originals. This holds true in spite of the later editions of the product lines providing significant technological improvements. I daresay this is equally applicable to multigenerational automobile lines like the Ford Mustang, multigenerational fighter planes like the Lockheed Skunk Works Lightning … and firearms like the grand ol’ M1911 .45 ACP semiautomatic pistol. Typically, when enthusiasts and critics alike talk about “the 1911,” they’re actually referring to the M1911-A1 version, which came along in 1926.

Long story short, based upon input from the American “doughboys” fighting in the trenches of WWI, these were the modifications that went into the M1911-A1: thicker front sight, arched mainspring housing, longer hammer spur, shorter trigger, and longer grip safety spur. In addition, the fancy diamond-checkered wood grips were replaced by full-checkered plastic.

As stated by the folks at GunPros.Com, “Compared to today’s modern tactical sights, the 1911A1’s thicker front sight and slightly more defined rear sight doesn’t appear like a significant improvement. However, this upgrade was highly celebrated among soldiers in WWII, as were the extended hammer spurs (beavertails), which were a godsend to shooters with larger hands who frequently experienced hammer bite from the original 1911.”

That said, it was that original 1911 of John Moses Browning’s creation that survived a 6,000-round torture test in order to convince the Army bureaucracy to adopt its first-ever general-issue autopistol; after the gun passed with flying colors, the evaluation committee stated, “(T)he Colt is superior because it is more reliable, more enduring, more easily disassembled when there are broken parts to be replaced, and more accurate.”

It was that original M1911 that laid the foundations of the pistol platform’s reputation for rugged reliability and stopping power in real-world combat.

It was that original M1911 that enabled the legendary Sgt. Alvin York to drop seven charging German soldiers with seven shots.

It was that original M1911 that prompted Capt. Herbert W. McBride – an American serving as a sniper in the Canadian Army – to write in his renowned book A Rifleman Went to War, “The entire case of the pistol may be summed up in ‘I don’t want this thing often, but when I do I want it damn bad.”

And it was the original M1911 that I took the range the other day for the purposes of this range report.

How I Acquired My Old-School Colt

Back in December 2017, I was taking some Stateside R&R from a damn dirty mercenary, er, privateer, er, top-dollar private military contracting (PMC) gig in Iraq. I had a bit of extra money burning a hole in my pocket, which in turn meant it was time to buy a few extra gats as Christmas presents to myself. So, during a visit to the Winchester Gallery Gun Store in Fort Worth, I happened to see this WWI-era beauty sitting in a display case with an asking price of $2,199.00. I immediately texted a buddy of mine who’s posted to a former Army office and a huge M1911 buff. His response:

Well, I couldn’t take a chance on my buddy’s upsetment, so, by gum, I plunked the money down! You know what they say, when you’re laying on your deathbed, you regret more the things you didn’t do than the things you did do.

I contacted Colt’s Customer Service Department to obtain the gun’s papers, thus revealing that she was made on November 5, 1918, a mere six days before “The Great War” ended. Truly a piece of history.

Alas, for the first three years – her timeless aesthetic beauty notwithstanding – the old gal underwhelmed me on the range: multiple ejection failures and double-feed jams in the first 500 rounds; accuracy-wise, adequate out to 15 yards, but beyond, the tiny front sight was a major hindrance.

Thankfully, the fine gunsmiths at Sterling Arsenal in Sterling, Virginia worked out the reliability bugs. As for the accuracy issues …

… this past Friday, it was back to Silver Eagle Group (SEG) indoor range facility in Ashburn, Virginia, with 50 rounds (I would’ve gladly done 100 rounds if ammo weren’t so goshdarn expensive nowadays) of PMC Bronze 230-grain FMJ “hardball” and the ICE-QT target. As the saying goes, “When in Rome, do as the Romans do,” so in the spirit of the WWI “doughboys,” I fired it doughboy-style, i.e. the one-handed stance now known as the “Camp Perry Bullseye Stance.” At least at the 7- and 15-yard lines; at 25 yards, ‘twas back to the two-handed Weaver Stance.

And wouldn’t you know, the old girl finally blossomed – I guess she has a soul of her own that doesn’t wanna be embarrassed here within the pages of 19FortyFive! All twenty head shots at seven yards connected; ditto for the ten torso shots at 15 yards, all landing in the five-zone and six of those striking the 5x “tiebreaker” ring. At 25 yards, I first directed 10 rounds to the torso for sighting-in; only one bullet strayed into the 4-zone, with three still finding the 5x. Finally, ten long-distance noggin shots, with eight striking gold.

All of this despite my 3-year-old Rx eyeglasses and that tiny front sight! It definitely helps me see the old gun in a new light (no pun intended)! The trigger was surprisingly crisp for a mil-spec piece.

For those of you who can’t find or afford a true WWI Colt, fret and weep not; the manufacturer has wisely decided to bring the WWI-spec pistols back into production.