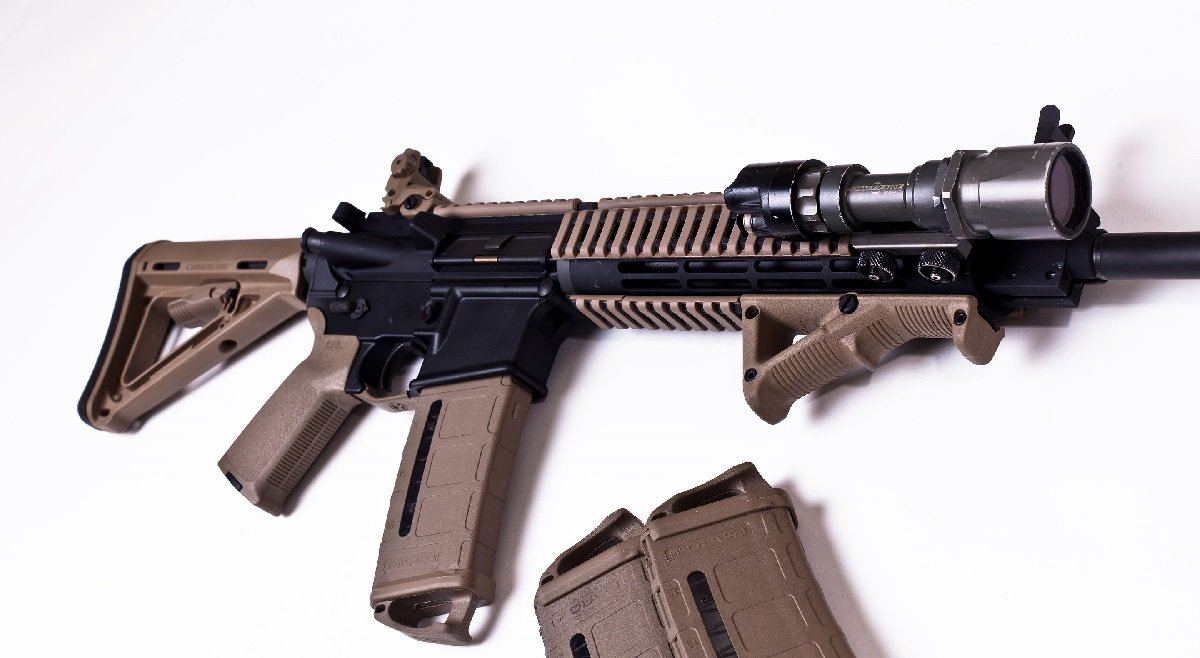 The AR-15 is certainly one popular firearm.

Simply put, the AR-15 the civilian version of the U.S. military’s M16. The only main difference being that you can’t fire in three-round bursts or full-automatic.

But while it’s just as versatile, accurate, durable, and downright dependable as the one trusted by the uniformed services, the one thing you can do with an AR-15 that you couldn’t dream of doing in the military is customizing it.

Think of Legos — but for grown-ups. Entering the vast and colorful world of rifle mods can be overwhelming at first, and it will take some time to make sense of it all. So to help, here’s a list of the top 5 upgrades for your AR-15

Optics are a no-brainer. It’s one of the best upgrades you can do to improve your accuracy — especially with long-distance shooting. The three different types of sights are the iron, red-dot, and telescopic sights.

Iron sights come standard on your rifle and are less accurate than a scope and can delay your reaction time. The upside is that they provide a reasonable degree of accuracy, and because they require no batteries, they are more dependable. 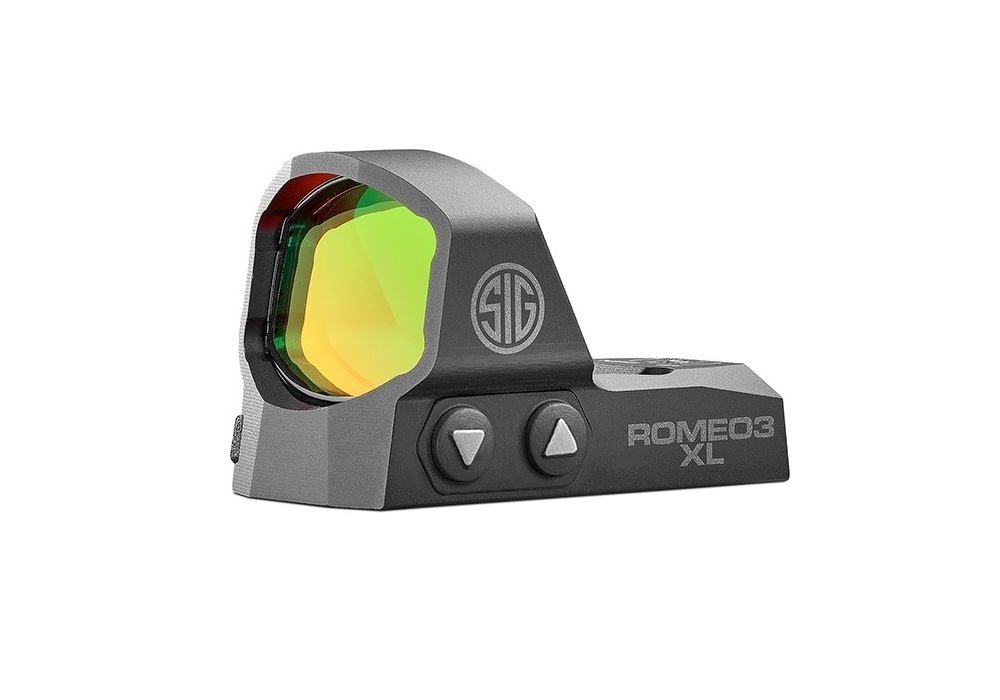 Red-dot sights are great because they superimpose a red dot over the target without actually emitting any beam or light. The dot is true, which means that even if your eye moves around, the round will hit exactly what the dot marks.

Telescopic sights are either fixed or variable. While a fixed magnification can limit you to a certain range, it is often superior to a variable sight adjusted to the same power. While the variable gives you more versatility, some say that a fixed sight performs better in its intended range. Again we see a balance between versatility and performance.

As with every other feature, you have to make your selection based on the intended use. A telescopic sight is bad for close-quartered tactical maneuvers, and holographic sights probably won’t be ideal for that buck downrange. There are many balances to be struck — the cost versus quality, versatility versus performance, utility versus comfort — so how you accomplish that is a solo journey that requires trial and error.

The handguards are what protect your non-firing hand from the barrel as it heats up from shooting. As it heats up, not only can it burn your hand, but the accuracy diminishes significantly as well. Compounding that problem, hot barrels are more likely to warp over time. This creates an obvious need for handguards.

But while your AR-15 comes equipped with them already, there is quite a bit of latitude in how well they do their job. When you research handguards, you’ll come across the two types:

Drop-ins are two pieces that you can install without having to remove any other components, such as the D-ring or front sight post. This is likely what your rifle already has installed. And while they do a reasonably good job, there is a compelling reason to get yourself free-floating handguards instead. When you fire a rifle, there is a nearly imperceptible oscillation and vibration — we’ll refer to these as ‘barrel harmonics’ — in the barrel that requires expensive instruments and cameras to detect. Just like skyscrapers are built to sway and aircraft wings are built to flap, the barrel is built to move in its own way. A free-floating handguard allows it to do its thing without any interference whatsoever because it slips over the barrel and makes absolutely no contact with it. This translates to improved accuracy. 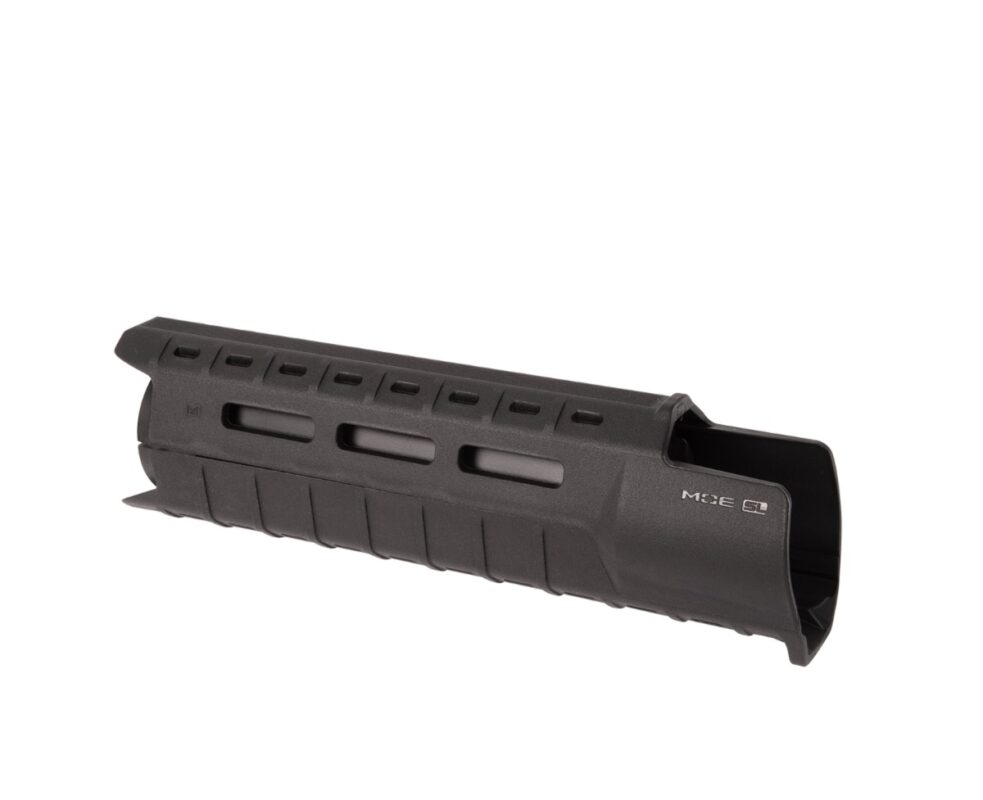 The anatomy of your rifle will determine how easy the installation is and what size you need, but once you’ve determined those you can then decide between the fit and feel of the various options out there. There are two types of free-floaters — M-Lok and KeyMod — and both are fantastic. They both do the job while allowing for a wide array of gadgets to be easily attached. How many rails you want is entirely up to you, but try and get a feel for it before you make your decision. Utility and comfort is an important balance to strike.

If you need help deciding between M-Lok and KeyMod, I can save you some trouble. While up until now it has been a matter of personal preference, a clear winner has emerged following extensive testing conducted by USSOCOM (United States Special Operations Command): The M-Lok won out.

There are plenty of good products out there, but the Bootleg Camlok handguards are a solid choice because they’re M-Lok compatible, much easier to install (takes seconds) than the others, and they weigh next to nothing. They even come in different sizes to fit different barrel lengths.

Your AR-15 already comes with a mil-spec trigger that is durable and reliable. The problem with it is that the breakpoint (the point at which the hammer is released), the pull length, and the trigger weight are all inconsistent.

They vary ever so slightly, but once you shoot with an upgraded trigger, you’ll never go back. There are two types:

The single-stage trigger works by applying a consistent force in a singular movement until the trigger breaks and the rifle shoots. Two-stage is more accurate because it splits up the force needed to fire. 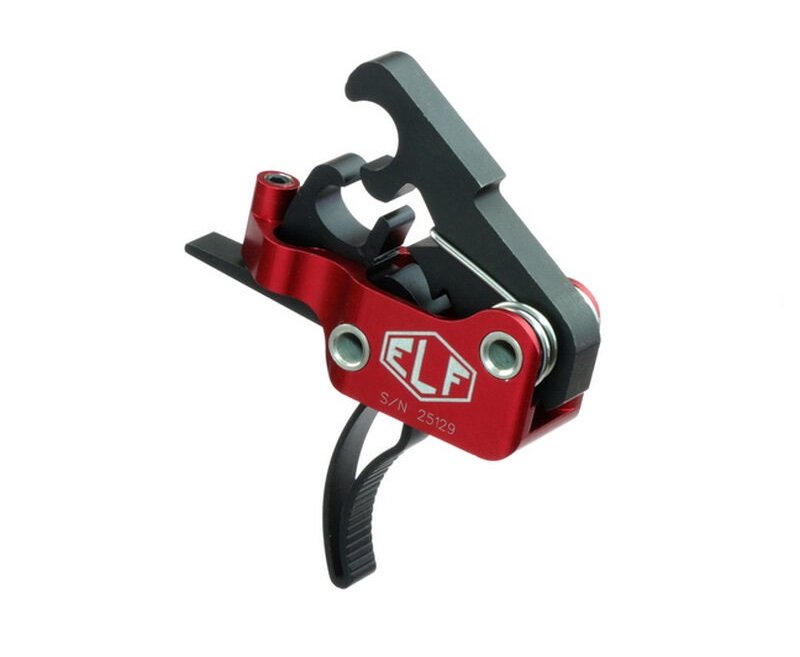 Instead of applying, say, four or five pounds of pressure to the trigger until it breaks, you can apply two pounds until you hit an easily discernible “wall,” at which point just two pounds more of pressure will break and the rifle will shoot. You can then reset to the second stage for a quick successive shot. The only downside is you need to practice with it first to familiarize yourself.

Your AR-15 probably already comes with a fixed buttstock. While it serves its purpose, there is plenty of room for improvement. The two other types are the more versatile adjustable stocks and the minimalist stocks for the more aesthetically minded.

A collapsible stock can be adjusted to be longer or shorter. This is important for a weapon that will change users often (such as a family rifle like the .45 ACP carbine or if you’re on the range with friends), if the size of the shooter changes (if you’re bundled up for a freezing morning in the woods or wearing body armor, you’ll need to adjust the length accordingly), or how tactical you need to be (for target practice, you can keep it long to fit your frame comfortably; for the tactically minded who need to operate in close quarters you need it collapsed). 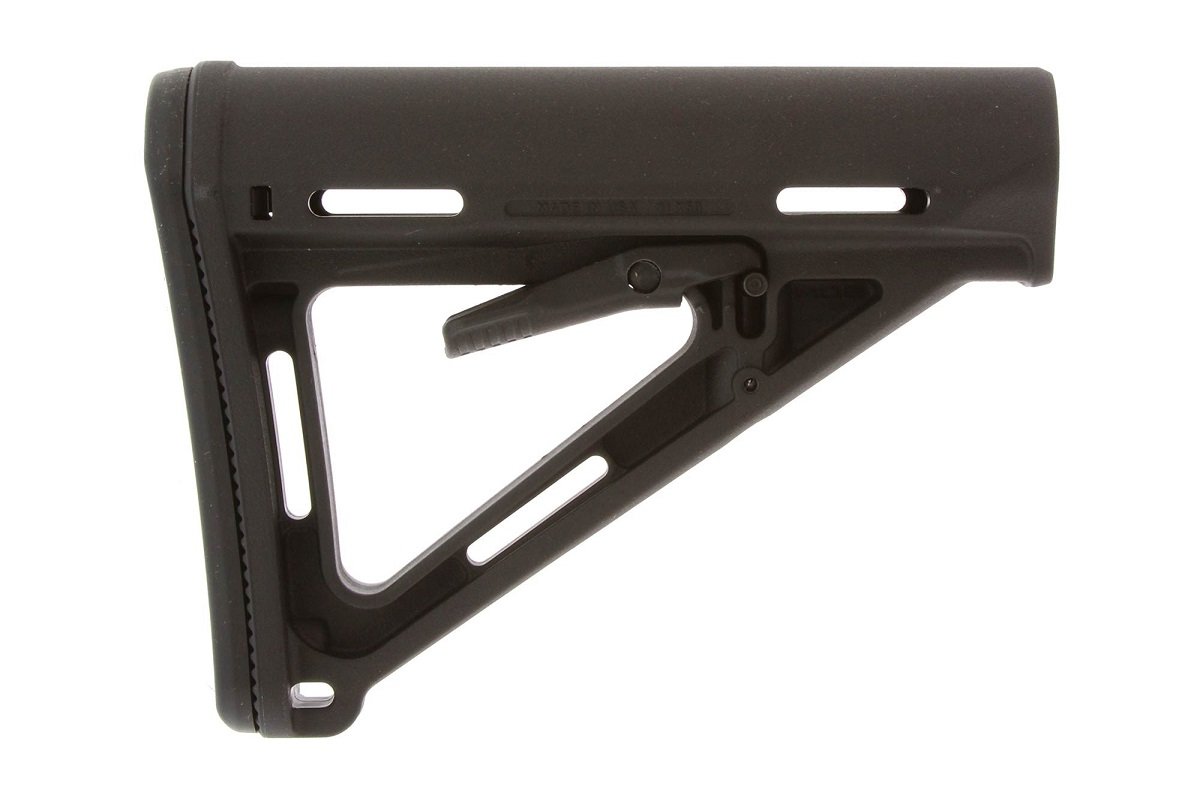 Either way, aim for an AR-15 stock that is lightweight, comfortable, and durable. Just be mindful of your local laws, as some places restrict their usage.

When you fire, the gas created in the explosion pushes backward as it expands outward from the barrel. This process is known as recoil, and my guess is that you’re no stranger to it.

In a nutshell, a muzzle brake allows the gases to disperse more efficiently. This translates to a reduction in vertical/horizontal movement and recoil, meaning greater accuracy and quicker realignment of the sights after each shot. The downside is it adds to the length of the barrel and can be noticeably louder than the stock option. Muzzle brakes are easy to install and are on the cheaper side of upgrades (less than $100). 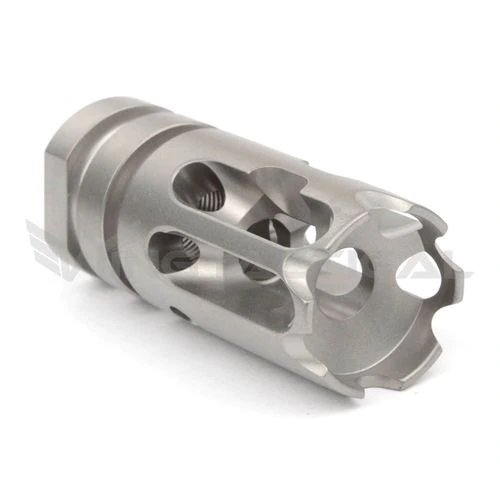