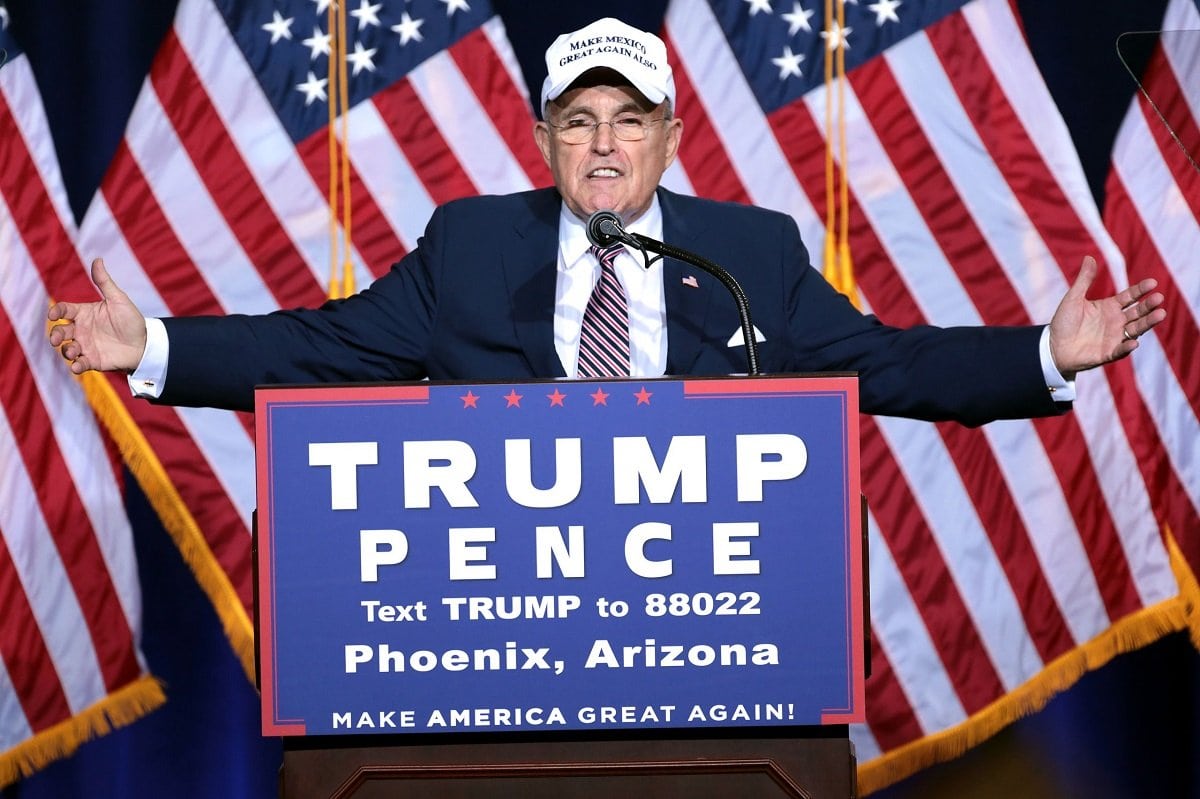 In another cancel culture move, it seems Middlebury College wants to revoke Rudy Giuliani’s honorary degree. This seems in line with what Harvard University students want to do and revoke degrees of prominent Trump-affiliated conservatives like Ted Cruz and others.

“…Winning is wonderful. Winning in sports. Winning elections. It beats losing them. But the reality is that winning is only fulfilling if you do it through the rules, and you do it by being able to contribute to other people.” These were the words that Rudy Giuliani spoke in his commencement address to Middlebury’s class of 2005. Then known for his swift response to 9/11 as mayor of New York City, Giuliani received an honorary degree during the ceremony.

More than 15 years later, Giuliani spent months peddling false claims of voter fraud in an effort to subvert the results of a free and fair democratic election. These efforts came to a head on Jan. 6 when Giuliani stood before a crowd of Trump supporters and called for “trial by combat,” provoking a violent insurgence that targeted the Capitol building and disrupted the election confirmation process in a riot that resulted in five deaths.

Giuliani has been unwavering in his propagation of this rhetoric, standing alongside the president to put America’s people and values alike in jeopardy. Even when the tangible dangers of this rhetoric became apparent on Jan. 6, as the mob breached the barricades to the Capitol, Giuliani tweeted, “To all those patriots challenging the fraudulent election…You are on the right side of the law and history.”

This attack on our democratic institutions could not be further misaligned with Middlebury’s values. President Patton made a point of reaffirming these values shortly after the incident. “Yesterday’s horrifying, violent events by domestic terrorists, incited by the president, have undermined the basis of our most cherished American values, and we condemn them,” she wrote in an all-community email on Jan. 7.

In light of Giuliani’s role in these violent events, Middlebury must act on such condemnation by revoking his honorary degree.

We acknowledge that the revocation of an honorary degree is not to be taken lightly. However, such measures are not unprecedented: several colleges and universities, including Yale and the University of Pennsylvania, revoked honorary degrees granted to Bill Cosby once he was revealed to be a serial rapist. And, within the days since the Capitol riot, both Lehigh University and Wagner College have revoked honorary degrees formerly granted to Donald Trump, citing his attacks on the foundation of democracy.

A symbolic degree has nothing but symbolism to offer. It represents the acknowledgment of a college’s values embodied by individuals and their work. For Middlebury to continue to bestow this honor upon Giuliani — whose actions directly endangered lives while instigating insurrection — would betray its values as an institution. To revoke it would be to fortify them.

This editorial represents the opinions of the Middlebury Campus’s editorial board.