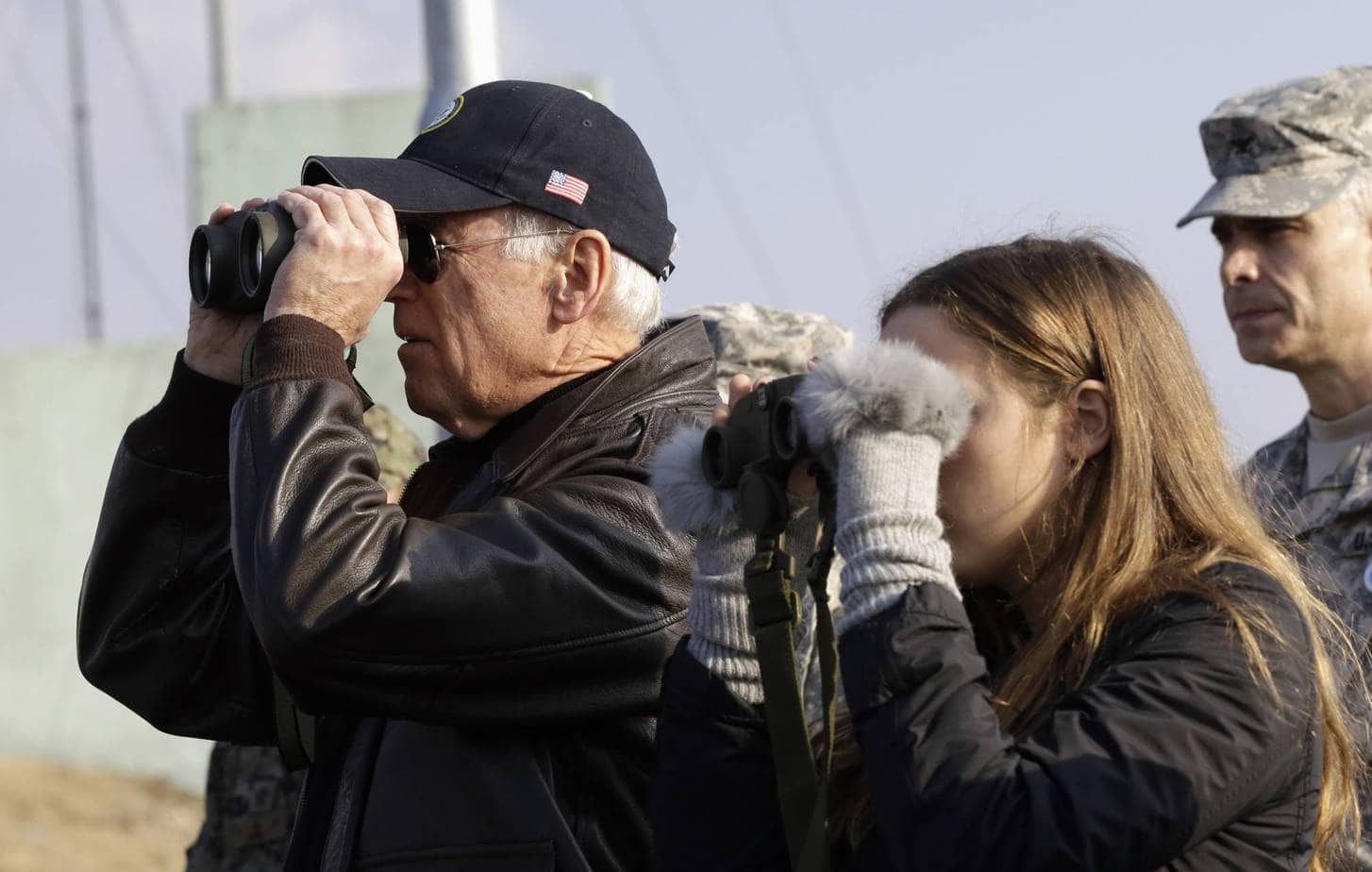 U.S. Vice President Joe Biden (L) and his granddaughter Finnegan Biden look through binoculars to see North Korea from Observation Post Ouellette during a tour of the Demilitarized Zone (DMZ), the military border separating the two Koreas, in Panmunjom, December 7, 2013.

How should the United States approach the North Korea nuclear issue? Is denuclearization even possible at this stage in the game, when Pyongyang may already possess as many as 60 nuclear warheads?

Like the Obama and Trump administrations before it, the Biden administration is now confronted with a set of hard but familiar questions that are very likely unsolvable. Learning from past failures, President Biden and his national security staff can save themselves a lot of time and trouble if they anchor their emerging North Korea policy review on a realistic assessment of what is actually possible with the Kim dynasty.

The Biden administration hasn’t said much on North Korea to date. But if its infrequent statements over the last few weeks are any indication, the White House appears to be traveling along the same conventional path others have trod on before. State Department spokesman Ned Price told reporters that “the central premise is that we [the U.S.] remain committed to denuclearization of North Korea.” Secretary of State Antony Blinken made similar comments during an interview with NBC News, stating that a mixture of sanctions and “diplomatic incentives” will likely guide Washington’s strategy towards the North. 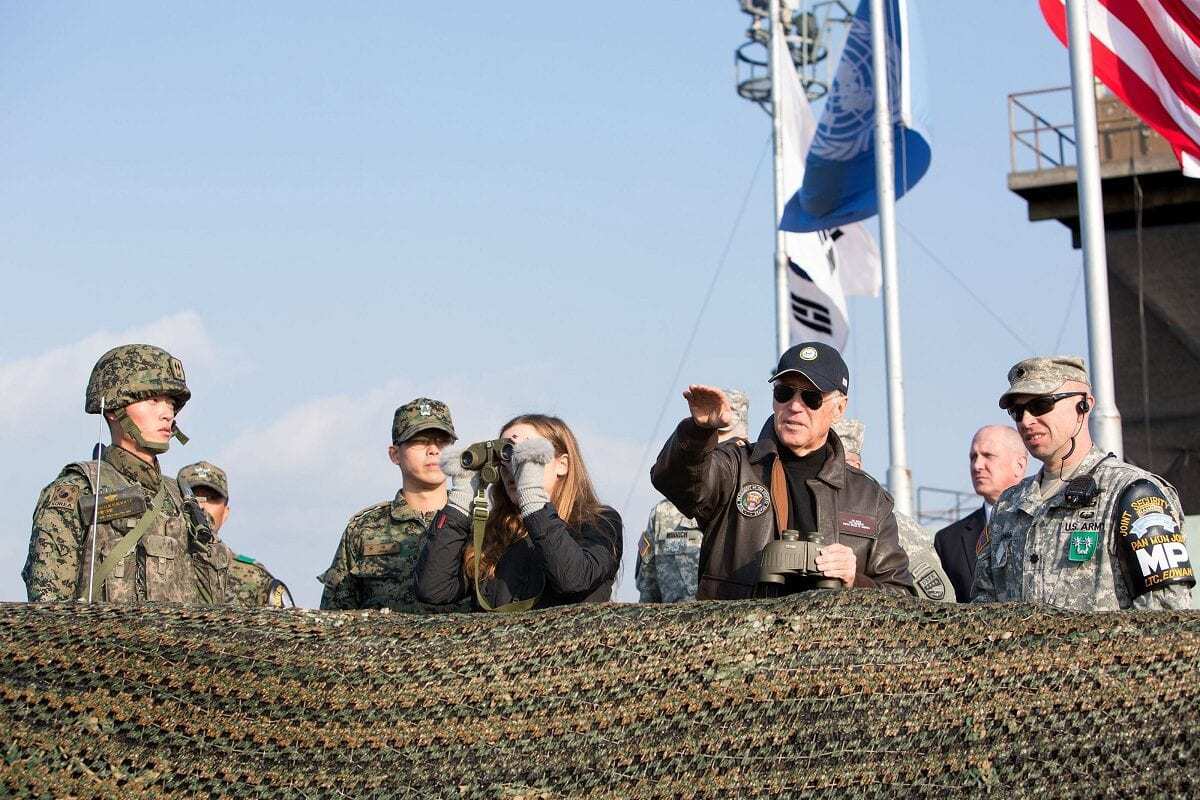 Vice President Joe Biden and Finnegan Biden are briefed by Lieutenant Colonel Daniel Edwan, Commander of the United Nations Command Security Battalion, during a visit to Observation Point Ouellette, in the DMZ, December 7, 2013.

However, the traditional carrot-and-stick approach Blinken is referencing has been tried multiple times before—and without much success. Leveraging economic sanctions on Pyongyang under the premise that economic pain will push the Kim dynasty to negotiate away its nuclear arsenal is not exactly a new concept; North Korea is one of the most heavily sanctioned countries in the world, with multiple U.N. Security Council Resolutions curtailing its imports, exports and banking activities. All of these economic restrictions, however, have had zero impact on pressuring the Kim dynasty to denuclearize. According to the U.N.’s own experts, North Korea continues to refine its nuclear arsenal at the same time it craftily circumvents the sanctions regime through a mix of cyberattacks on financial institutions, front-companies and unmonitored ship-to-ship coal transfers. If the Biden administration believes slapping more sanctions on the North is going to succeed where other sanctions have failed, it is in for a deep disappointment.

No country in history has sacrificed economic prosperity to build dozens of nuclear warheads, only to trade those very same warheads for economic, diplomatic, and security concessions. Given its unique geopolitical location and surrounded by powers immeasurably more prosperous and militarily powerful than itself, North Korea is exceedingly unlikely to be the first. As a former North Korean ambassador-turned-defector told CNN last month, “North Korea’s nuclear power is directly linked to the stability of the regime.”

Fortunately, just because Kim Jong-un is highly unlikely to eliminate his nuclear deterrent doesn’t mean other diplomatic arrangements are off the table. While former President Donald Trump may have walked away from his summit in Hanoi two years ago empty-handed, the fact Kim was willing to put the Yongbyon nuclear facility on the table for discussion strongly indicates he isn’t resistant to compromising on principle. Denuclearization may not be an option for the United States at this point in time, but a less grandiose, more limited, and realistic agreement with Pyongyang in line with traditional arms control negotiations is still within the realm of possibility. 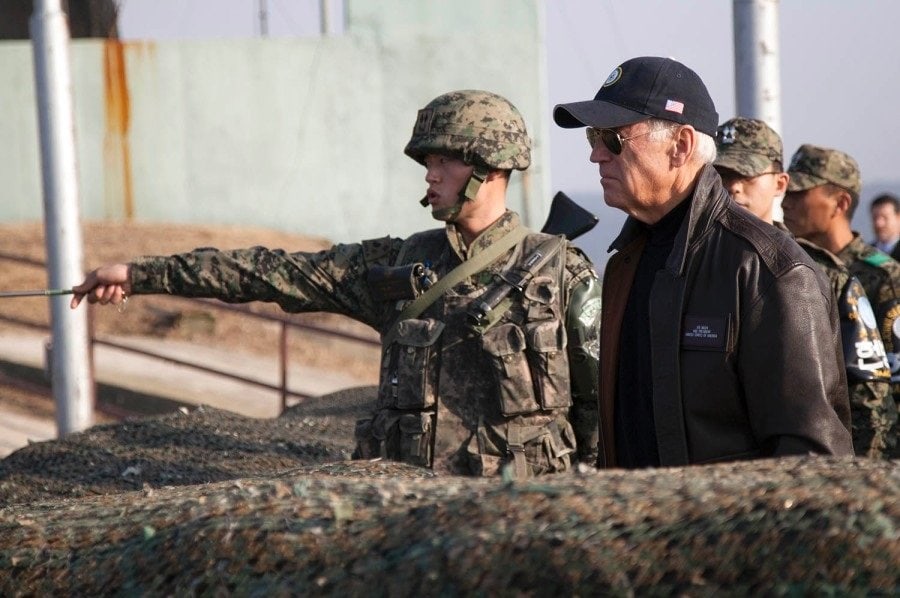 Of course, some scoff at the very notion of an arms-control arrangement with the North, arguing that permitting Pyongyang de facto nuclear status would serve as a terrible precedent for nonproliferation. Yet this argument discounts the reality currently staring us in the face: North Korea is already a de facto nuclear weapons power whether we like it or not. The same concern about a discredited nuclear nonproliferation regime was expressed by U.S. officials when India and Pakistan attained nuclear status in the 1990’s. The world didn’t fall apart then, and it is not going to fall apart now.

Ultimately, the U.S. can afford to treat North Korea’s denuclearization as a long-term endeavor. Coupled with its superior military power and strategic alliances in the region, Washington has proven itself capable of deterring a nuclear-armed North Korea ever since it conducted its first underground nuclear test over twelve years ago. The U.S. is also fortunate to be dealing with a leader like Kim Jong-un, who while brutal to his own people is also highly attuned to avoiding any major confrontation or crisis that would put his self-preservation in jeopardy. Needless to say, actually deploying nuclear weapons against the U.S. or its allies in East Asia would be the very definition of sparking a regime-ending crisis.