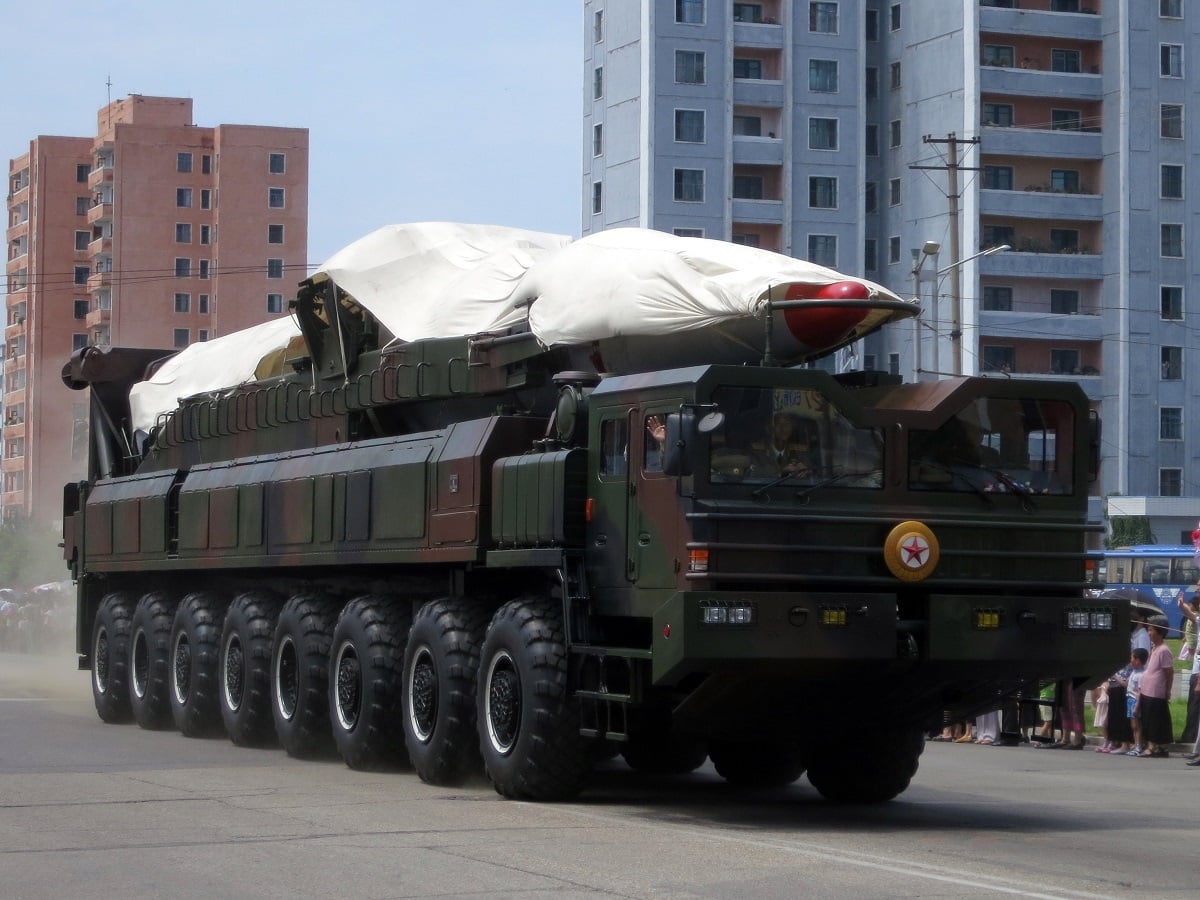 For roughly 30 years, the United States has maintained a policy that the Democratic People’s Republic of Korea (DPRK) ― known in most circles as North Korea ― should never be able to research, create, deploy, or proliferate nuclear weapons. Clearly, by any reasonable measure, that policy has failed miserably, and now, North Korea is on the cusp of ― or already has ― the capability to strike the U.S. homeland with a nuclear weapon.

So why does America stick to the same old failed policy year after year, no matter who sits in the White House, regardless of who they are, what party they are from or what their foreign policy perspective is? How can the world’s most powerful nation seemingly stick with a policy that ensures that a rogue regime like Pyongyang continues to build ever more powerful nuclear weapons? These nuclear weapons soon could be deployed on submarines or, even far more worrisome, be sold in some capacity to the highest bidder?

Simple: no U.S. president wants to go down in history as the one in which North Korea formally becomes a nuclear weapons state, a geopolitical stain on their record that will never wash off.
Combined with the fact that America is completely overloaded trying to come to grips with the state of its political divisions while trying to combat the coronavirus and reboot its economy, all signs point to President Joe Biden continuing to pretend Pyongyang will someday give up its nuclear weapons, attempting to apply all sorts of pressure tactics that will fail. All the while, the Kim Jong-un regime will continue to build ever more advanced atomic arms. There is no political will here in Washington to try something new when it comes to North Korea ― nor any sense of urgency ― and so, the seemingly politically safe status quo will continue.

But do not mistake the new administration’s likely Korea policy to be a policy that will enjoy wide praise or be a strategy that will have wide buy-in across the Korean studies community. In fact, there was much hope that Biden’s policy would take a page from and build on what former President Donald Trump did on North Korea, with Joe Biden at least affirming the Singapore Declaration and finding ways to communicate, build diplomatic relations with and lower tensions with the DPRK. That would at least give Pyongyang pause in thinking about raising tensions through an ICBM or nuclear weapons test to jump the line in Washington’s list of priorities.

In fact, it is easy to see what Joe Biden’s North Korea policy should have been after all. Reasonable progressive and conservative national security experts who have no political capital to sacrifice, and no enemies on the other side of the political spectrum hoping to capitalize on a so-called mistake, seem united in the approach that halting North Korea’s nuclear weapons program where it is, in terms of advancement and overall warhead numbers, should be the most pressing task for Team Biden. Arms control seems to be the best and most practical approach when it comes to North Korea’s nuclear program.

But how does the new administration avoid being called a nuclear appeaser, somehow accepting the unacceptable ― a nuclear North Korea? Biden, in fact, never would have had to admit that Pyongyang is now a nuclear weapons state, but rather, he can simply state that denuclearization will be a long process that comes at the end of a diplomatic normalization process that will take years and involve America, South Korea, Japan, Russia, and of course China. Biden can still play the politically necessary game of pretending the DPRK will give up its nukes, all the while, knowing that his best chance at keeping America and South Korea safe is making sure the threat stops growing.

But of course, there is no stomach here in Washington for such a move. That means, at the end of the Biden administration’s multi-month policy review, a new version of what are now tired sanctions measures, repackaged plans of diplomatic isolation and some calls for China to “do more” will be wheeled out for the world to see ― again. And North Korea’s response will be the same as it always is, reacting to pressure with pressure of its own, showing what four years of missile and nuclear weapons development can do. At that point, the Biden administration will likely do what Team Obama did, and claim to be strategically patient, hoping pressure will get North Korea back to the negotiating table, with North Korea building more nuclear weapons.

Sadly, none of that had to happen. But a new policy on North Korea would require a rare combination of good timing, courage and a sense of urgency. With all of those in short supply here in Washington, 2021 looks like another year of potential crisis on the Korean Peninsula. And the sad reality is it could have all been avoided. A pity.