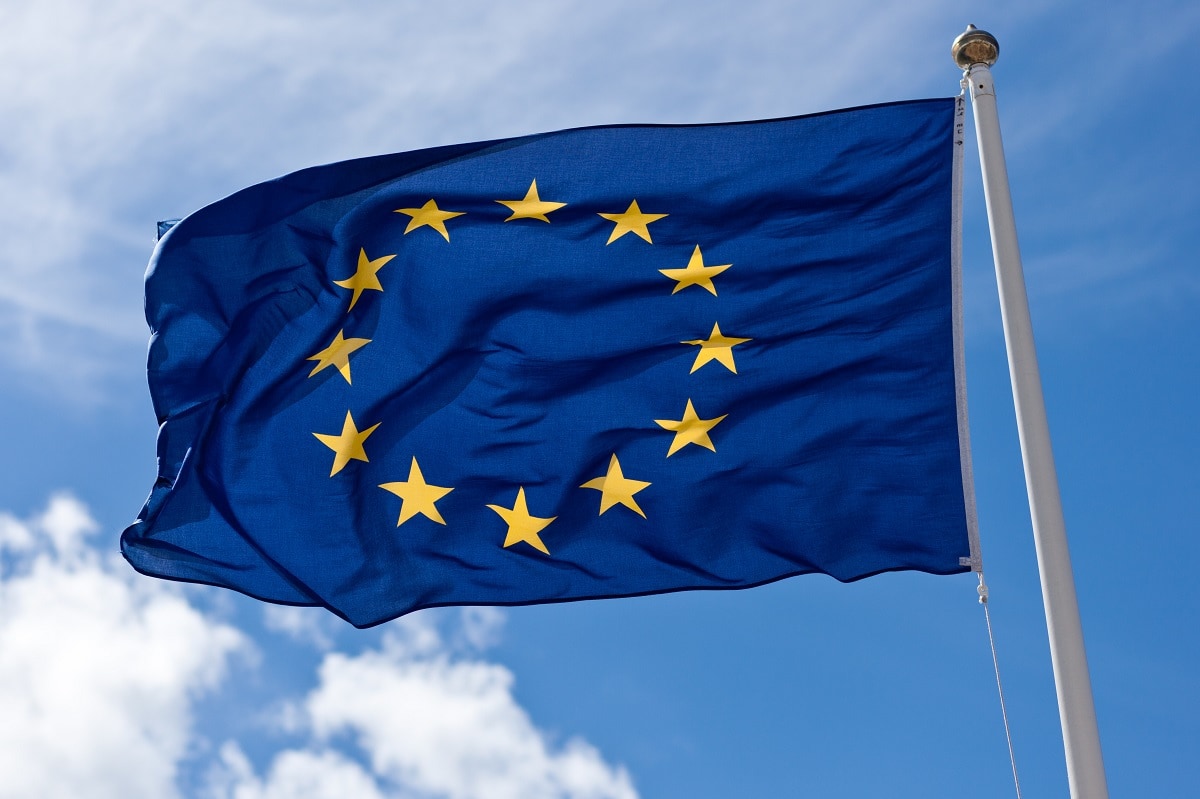 The European Union was established, so its defenders claim, to establish peace in Europe and turn away from the violence and destruction of the past. There may be a strong current of idealism in that claim, and a lack of acknowledgment that the laurels of peace might more properly be worn by NATO, but there are few who really resent the claim itself. National competition creates tension, which can become intense and destructive. Far better to eliminate such competition by creating institutions for the greater benefit of all.

For the liberal internationalist, the European Union is the hope of all nations, offering as it does a vaccine for the scourge of nationalism itself. Against this backdrop, support for Brexit was seen as somehow shaming, not just for Brexiters in the UK, but for the UK itself. Many criticized David Cameron’s hyperbolic claim that voting for Brexit could lead to a ‘third world war’ which he made when he realized the polling was far too close for comfort. For most people, it was a baffling and somewhat desperate remark, but it is entirely consistent with the ideology that informs European integration and has a noble pedigree among the believers. Accordingly, leaving the EU marked an ineluctable turn towards war.

Reading the British and European press headlines over the last week, you could be forgiven for thinking war is now upon us. Mere weeks ago, the President of the European Commission, Ursula von der Leyen, declared that the strength of European cooperation over the COVID emergency had shown that it was ‘Europe’s moment.’ Today she is facing furious calls for her resignation, as Europe finds it has no vaccines and faces tens of thousands of avoidable deaths. The cause? A Europe of bureaucratic complacency and disfigured priorities, whose first instinct when found wanting was to blame the British company producing some of their vaccines at zero profit and demand that the UK be punished for their foresight. All because they had acted slowly, prioritized collective bargaining power, and haggled over both the price and the legal liabilities, rather than taken risks on rapid vaccine development and streamlined delivery as the British did. Europe’s moment has indeed arrived, and it is not edifying.

A Feature, Not A Bug.

Europhiles have been finally forced to acknowledge that the EU has made a series of bad judgments, but they also maintain that this is merely one incident. They often add that the UK got lucky, have had an otherwise terrible crisis, and have shown a distasteful jingoism over this, inevitably fleeting, success. Europe will recover, and the structural advantages of size will again show the UK to be an international irrelevance, only now the EU will have less reason to treat the UK kindly, or even fairly. The EU, they maintain, is a ‘power maximizing actor’ and the UK will be made to regret their ugly triumphalism. 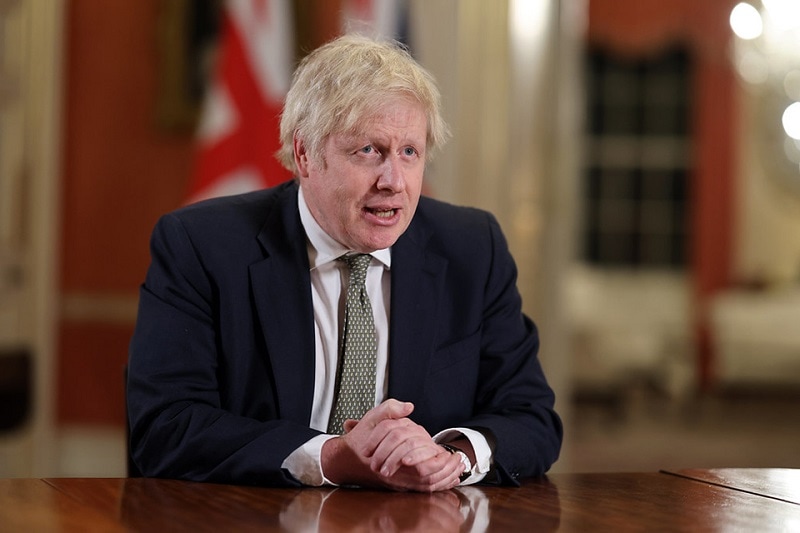 The difficulty with sustaining such a position is that it is obvious nonsense. The EU has behaved exactly as it always does, indeed as it was designed to do. The need always to act together means they are slow when sometimes speed is the only important matter. The desire to make their decisions of epochal significance, garlanded with notions of solidarity and virtue further slows them down with the search for narrative perfection over the pragmatic need to get something done. They are the slow herd, the convoy prey to the wolf pack, difficult to budge but sometimes easy to pick off, one by one. The UK, by contrast, faced the problem in circumstances of huge difficulty, and appear to have solved it, with vaccinations proceeding at approaching 1% of the adult population per day. And far from triumphalism, though entirely warranted, PM Boris Johnson has merely pointed out that without the UK’s early efforts, the EU would be further behind than they are while offering to help when he can. Such impertinence.

In normal conditions, size matters, but in exceptional circumstances decisions matter. Decisions, and speed. The EU, for all its size, can be extremely ponderous, and the mechanisms of accountability that operate within it are circuitous, often deliberately so. Arbitraging the interests of many different nations is neither straightforward nor easy to undo when mistakes are made. This slowness and deliberation, however, are built into the institutions of the EU. Everything militates against innovation and agility. While the UK threw the kitchen sink at every difficulty, the EU solemnly eschewed such vulgar problem solving, instead chewing over the difficulty in Michelin starred splendor, without regard to ‘les plongeurs’ over the channel. This delay and bureaucratic sluggishness have come to characterize the whole project of the European Union, revealing it as unsuited to rapid adaptation, flat-footed when it matters, and thin skinned when shown up so publicly.

History weighs heavily on Europe. The nationalist past has conditioned the institutions to seek collective solutions. Powers, once centralized, are never returned to the national level. Early in the COVID crisis, France, Germany, Italy, and the Netherlands had formed a consortium, and they weren’t far behind the lightning speed of the British in offering funds for research and production facilities for vaccines not yet proven. Sadly, their activities were taken over by the European Commission, who declared that the EU must act together to prevent dangerous and politically damaging competition for scarce vaccines. No one questioned this logic at the time, but it is premised on a zero-sum assumption concerning vaccine production capacity that simply isn’t a fair description of the reality. Production lines can be created from scratch. Different, less optimized technologies can be brought into use. Innovation and adaptation come to the fore. The problem faced can be transformed by mere ingenuity.

The elimination of competition, however, has become a hallmark of EU regulation and is in a sense the entire point of the whole project. The functionalist logic of collectivizing the regulatory sphere in order to generate continuing pressure for further integration in the form of ‘spillover effects’ has been an important strand of the integration process since the beginning. But such a strategy is all, as with vaccines, premised on a presumed zero-sum stability in markets and long-term development strategies. It can, over time, successfully generate scale efficiencies and pare down the costs of doing business over the whole Union, raising competitiveness and productivity. Regulatory competition, however, also has benefits as well as costs. The benefits are that innovation and adaptation are nurtured, which over time, transforms everything. Indeed, the whole conundrum of European integration is the extent to which it prioritizes efficiencies and economies of scale, over innovation and adaptation.

In its drive to centralize technical functions, the EU has sought to generate collective gains by pursuing the advantages of scale. But with the UK’s exit, the first opportunity to test those advantages has shown them to be illusory. The UK always had a strong pharmaceutical sector, and previously hosted the European Medicines Agency, but the real advantage came from their freedom to adapt, matching the best medical advice with some serious money in backing a Venture Capital investor to simply find the best possible candidates and acquire a portfolio of hope. One person, one problem, one plan, and a stopwatch, and all executed while the EU was still on the second draft of its scoping memorandum, or some such.

Nationalism Is A Pharmakon

The famous French post-structuralist philosopher Jacques Derrida once drew a lesson from Plato’s use of the term ‘pharmakon’, the root of our modern ‘pharmacy’. He explained that the term has two meanings in both ‘cure’ and ‘poison’ if too much is administered. He used this word to explain something about his philosophy of deconstruction which relies on the necessary indeterminacy between two meanings rather than a reduction to one meaning over the other. The vaccine imbroglio is already causing ructions throughout Europe because of one simple suspicion that hardly anyone dares outline; that it reveals not merely a mistake, but the central fault line that threatens the whole project. This fiasco cannot be blamed on von der Leyen, or any single individual, it is a fiasco by institutional design and has laid bare Europe’s pharmakon.

Although Europe has sought to escape its horrific past of national rivalry leading to war, in recent years the drive to greater integration has been accompanied by relative decline internationally. The more, it seems, the EU integrates, the slower it grows. The larger it becomes, the more dysfunctional it seems. Europhiles dream of completing the project and rising to the status of a strategic actor, projecting values wherever they direct their attention. But when was the last truly European new technology? Which, for that matter, European country seems more content now, than it was in the 1990s? Why, really, did the EU’s second largest, and arguably most dynamic and innovative member, just leave? National rivalry is the pharmakon; dangerous in excess, but absolutely vital for health. Nationalism is a motivator and demands accountability. The UK had something to prove, and proved it. The EU had something to disprove, and failed. Perhaps the whole European project was fundamentally misconceived? Perhaps in seeking to eliminate war by preventing petty rivalry and inefficient competition, it has merely stilled the pulsing heartbeat of an entire continent? History, usually called upon to judge such matters, is impatiently tapping its foot. How can Europe compete internationally if it refuses to allow competition?

Though we praise Europe’s role as a peace project, we might sometimes remember than Kant’s essay ‘On Perpetual Peace’ was a meditation on a joke about a graveyard. And as we watch the UK vaccinating the British people ahead of almost the whole world, while Europe faces endless lockdown instead, perhaps we can all see what many have secretly suspected for decades. That the European Union is not the answer to Europe’s problems but the source of them. The UK on the other hand, through determination and focus, has done something right for a change and now feels again the thrill of national pride so long denigrated. And it took leaving the EU to do it. They won’t forget that. Neither I suspect will the rest of Europe, however much the European Commission would like them to.