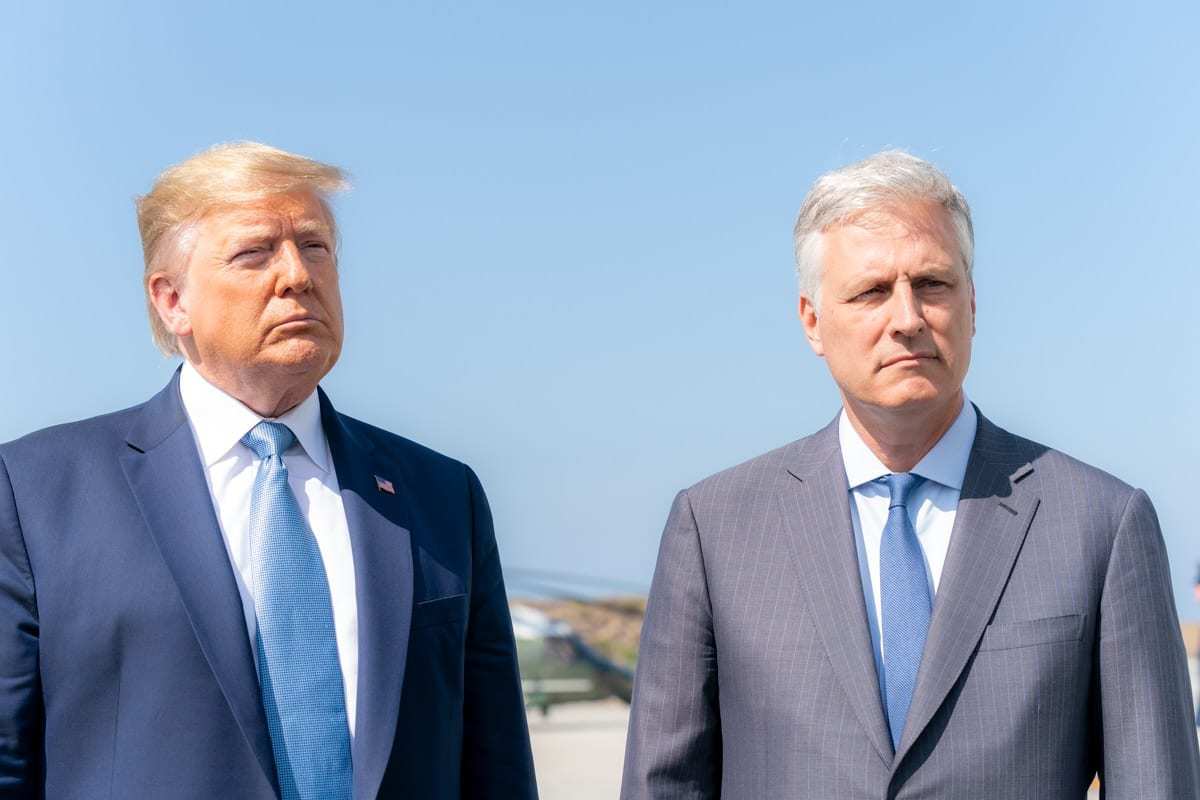 On Saturday afternoon (December 5, 2020, EST), I spoke to National Security Advisor and Special Assistant to the President Robert C. O’Brien in an exclusive interview for 19FortyFive.

We had a long and detailed discussion centered almost entirely on Asia, but with a specific focus on coronavirus, China’s response to the pandemic, North Korea, and much more.

Below is a lightly edited transcript of our conversation.

First, as we are now a few months into the COVID-19 pandemic, I would like to get your thoughts on China’s role in this crisis. The Trump administration in the past has been very tough on Beijing, criticizing their reaction, lack of transparency, and initial response. How much blame today, if any, do you place on China for the spread of the Coronavirus? Do you think they could have done more?

They absolutely could have done more.

From the very start, we wanted to have CDC teams go into China and help them to try and contain the disease and understand the disease because this was the fourth or fifth major disease that’s come out of China since the turn of the century. We had SARS, H1N1 and MERS probably came from China and now we have COVID so this is–we have had AVIAN Flu–so this a recurring public health problem coming out of China. They don’t have these things under control.

More importantly, it’s the hundreds of thousands of people that have been killed in the United States and around the world and the death and tragedy it has brought. And the Chinese did not do anything to help from the start. They weren’t transparent.

The doctors and nurses who were whistleblowers at the onset of this were silenced, potentially thrown in jail. So we are very concerned about the lack of transparency coming out of China and that’s something we have pointed out from the start. The Chinese have never cured it. They have never given us the information we need to fully understand this virus and that’s really a shame.

The other thing they did is they launched false stories about this being a U.S. Army program or engaged in other what they call “wolf warrior diplomacy” and “mask diplomacy” in an attempt to exploit the virus, to obtain preferential treatment for Huawei or other Chinese companies around the world.

The Chinese have handled this thing very poorly with a lack of transparency in an attempt to capitalize on the virus to gain a geopolitical advantage over their neighbors, the United States, and other countries. It’s a very sad record for the Chinese, and the president has been willing to call it out, unlike many others. And I think the Chinese loss of credibility will be very difficult for them to overcome as a result of the COVID-19 pandemic. 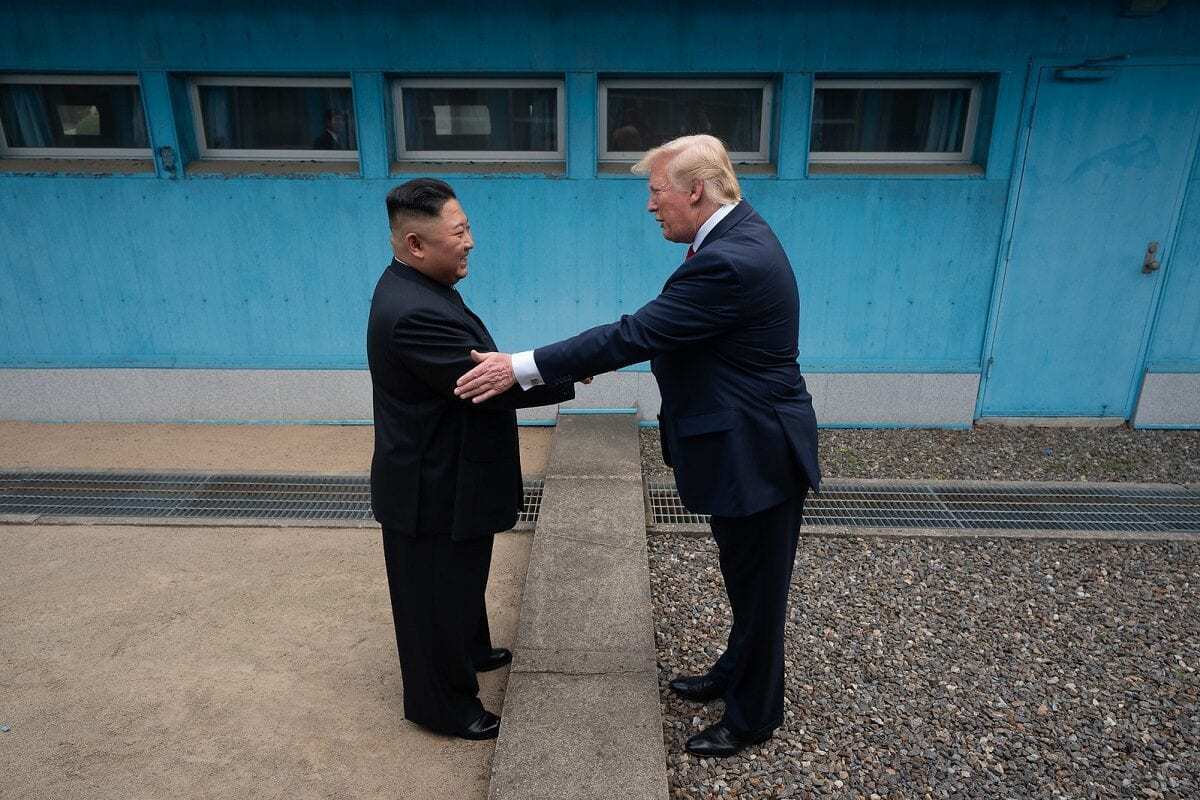 Sticking with China for the moment, Alex Wong, the Deputy Special Representative at the U.S. State Department on North Korea, in a recent address to CSIS was very tough on China for its lack of North Korean sanctions enforcement–a problem that to be fair has plagued many U.S. administrations in the past. What steps would you like to see Beijing take to enforce sanctions more effectively? Can they, in fact, be trusted to enforce sanctions considering the challenging state of U.S.-China relations?

As the Deputy Special Envoy for North Korea to Stephen Biegun, he [Alex Wong] knows this issue incredibly well. We are concerned, as is Alex and others in the State Department, about the lack of sanctions enforcement by China.

They continue to allow North Korean workers to come into China and make remittances back to North Korea. We think they have been very lax on the transfer of coal and other commodities out of North Korea.

There have been quite a few reports coming out of North Korea claiming that the so-called hermit kingdom is in varying degrees of lockdown due to the Coronavirus. How worried are you when it comes to the overall stability of the Kim regime, considering their health care system would be highly challenged to handle any large-scale outbreak? Would the U.S. stand ready to help the DPRK if asked for assistance?

On humanitarian assistance during the COVID crisis, we have been helpful to friends and foes alike.

We would have to look at the circumstances and see what the request was but the president was incredibly generous for example with ventilators. We passed out ventilators all over the world, stoop up an industry almost from scratch almost, and built 100,000 ventilators at a time when folks thought it would be impossible to even supply the United States with ventilators. Not only have we resupplied the U.S., rebuilt our stockpile, but we gave out 16,000 ventilators around the world and some of those went to countries who our advisories or competitors of ours because this COVID crisis is a humanitarian crisis and this is something we want to help people around the world.

We would take a very careful look at it and I am sure to alleviate the COVID pandemic we would look for opportunities to help North Korea if it was asked for.

So far, they appear to have avoided any sort of mass outbreak of COVID. That’s sometimes easier to do in an authoritarian country where you can have a lockdown and close the borders and institute very draconian policies which is what the DPRK has done so far. So, we will have to wait to see what happens, but if there was a mass outbreak and they asked for help from the United States, something, as you know, you’re an expert on this Harry, they have been reticent to ask for outside help for things in the past but if they did we would certainly look at that very seriously.

I think the president’s inclination is to always provide humanitarian assistance around the world to whoever needed it when it was a flood or fire or pandemic relief. That’s something the United States does and we do it often without respect to the governing party in a country that is seeking assistance. 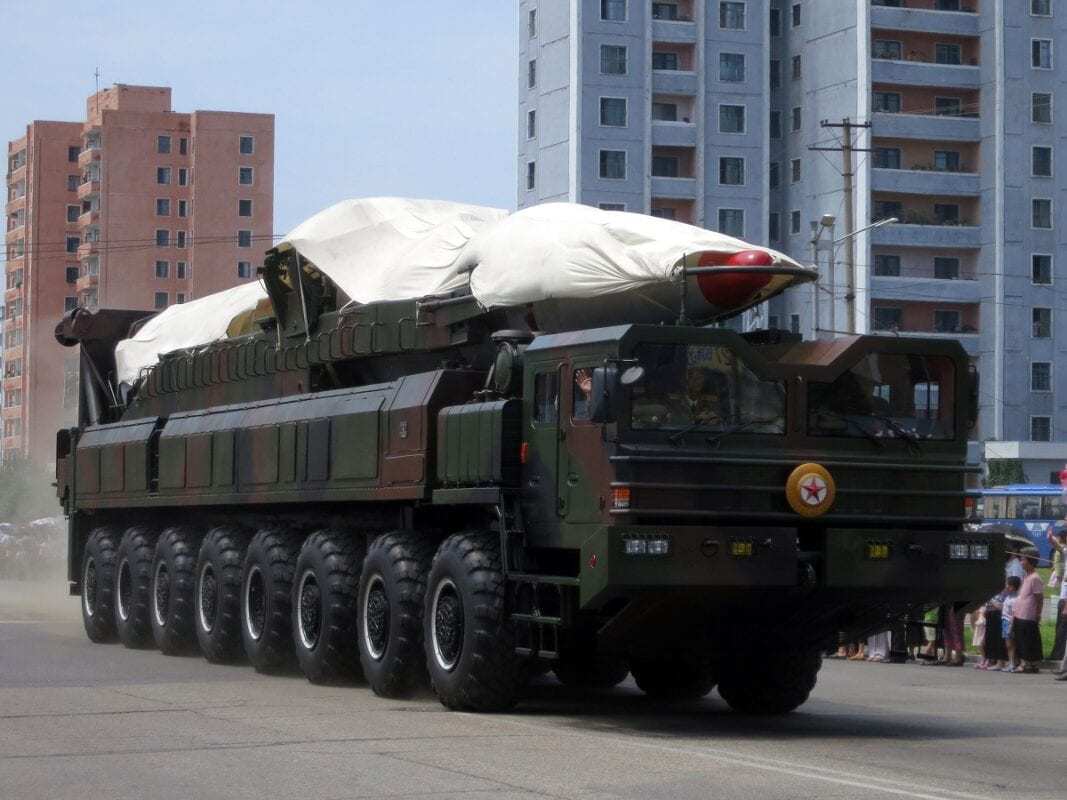 One underappreciated threat when it comes to North Korea is the challenge they pose when it comes to the proliferation of weapons of mass destruction. This topic broadly was something then-candidate Trump also worried about as he feared the spread of nuclear weapons technology. What steps has the U.S. taken to ensure North Korea cannot or will not try to sell or trade WMD technology?

I think the North Koreans understand that if they started proliferating on a significant scale–either ballistic missiles or delivery systems or in the worst-case scenario weapons of mass destruction especially on the nuclear side or biological or chemical as well–that would really be crossing a redline with not just the United States but the international community.

It would be an extraordinarily risky venture for Kim Jong Un to get into the proliferation business when it comes to nuclear weapons. It’s something that I am hoping won’t happen. We don’t see it on the WMD side–we don’t see that happening at this point.

We have real concerns on the ballistic missile proliferation side of the ledger but on the weapons of mass destruction side, it’s something that would take the crisis to a whole other level.

We would certainly look at what the response from the U.S. would be if there was the proliferation of nuclear weapons or nuclear material out of North Korea to other rogue states or other unstable areas.

That would be extraordinarily unhelpful and I don’t think at the end of the day would be good for North Korea.

Finally, clearly, North Korea has built up its asymmetric cyber-warfare capabilities. How would you assess this overall threat to U.S. security and what steps has the Trump Administration undertake to mitigate it?

It’s one of a number of countries that has a degree of capability when it comes to cyber. Iran is another country that has a lot of capability, of course, Russia and China are probably the biggest competitors to the skills and capabilities the United States maintains. So we are watching all of those countries carefully and there are other countries. Venezuela has a cyber capability.

We have invested a tremendous amount of money into resources in Cybercom in the NSA into all of the tools that we need to protect the internet but also our critical infrastructure when it comes to digital infrastructure.

We also have invested in offensive capabilities to deter our adversaries from engaging in acts against us.

On the space front, we have created the Spaceforce which is the first new branch of the armed services in seventy years. In addition to things like protecting satellites and kinetic abilities, the Spaceforce will also have a very significant cyber capability.

As so much of our information is transmitted through space and through our satellite systems and otherwise we have done what we can to harden our infrastructure. But we have also made it a priority for the Pentagon to be prepared to go offensive if necessary in cyber and in the space domain. North Korea is just one of several countries that have highly advanced technical capabilities in that realm.